"Subie, the lady who admitted me, said her goodbyes to me that night. She did not expect to see me in the morning.”
By Simona Kitanovska August 22, 2022
Facebook
Twitter
Linkedin
Email 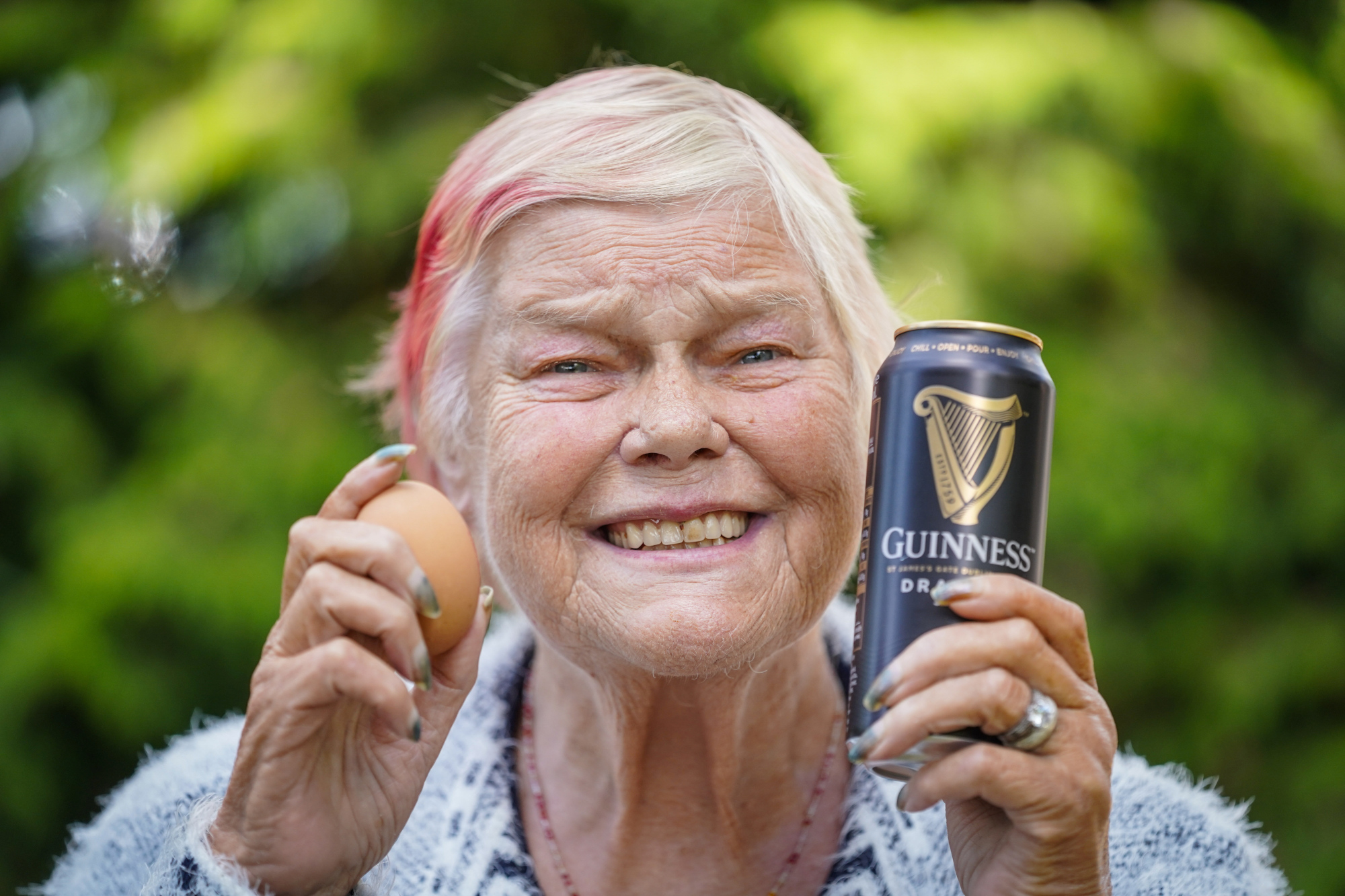 Magie Ives, a retired nurse from Worcester claims an egg and a pint of Guinness saved her life, on August 19, 2022. The retired pub landlady who was hours from death has made a “miracle recovery” after drinking pints of Guinness and raw eggs. (Tom Maddick, SWNS/Zenger)

A retired English pub owner who was hours from death has made a miracle recovery after drinking pints of Guinness beer and raw eggs.

Maggie Ives, 78, was moved into a nursing home in the west of England, in the United Kingdom, for end-of-life care after being struck down with chronic kidney and cardiovascular disease.

Her family were warned she would not survive the night and advised them to start making funeral arrangements.

But amazingly, Ives- who is also a life-long smoker – has battled back after quaffing daily pints of Guinness mixed with raw eggs.

Ives, who also has Parkinson’s disease and lives in Henwick Grange care home in Worcester, England, said: “I’m a medical miracle. I feel like I’ve come back from the dead.

“Subie, the lady who admitted me, said her goodbyes to me that night. She did not expect to see me in the morning.

“I had 133 different antibiotics by drip. I didn’t even know where I was.

“I don’t remember the ambulance man coming and taking me away or anything.

“When I made it through the night I asked the staff if I could try an old recipe of mine when I used to feel rough years ago.

“I’m a great believer in raw eggs and Guinness – I swear by it.

“You don’t even taste the eggs at all. You just swallow them down. I’ve been doing that quite a long time.”

Ives was living in sheltered accommodation in Malvern, Worcestershire, when she fell over and broke her pelvis in February.

She was moved into Henwick Grange with multiple other health problems and given palliative care.

Ives, who is also a former nurse and turns 79 next month, added: “I can’t even tell you what hospital I was in.

“All I can tell you is I was in there 22 weeks. I kept coming and going, slipping in and out of consciousness.

“I was hallucinating. I was at end of my life. My brother and sister were called in so they could register my death and go to the undertaker.

“Since coming to Henwick Grange I’ve been given a new lease of life.

“I can’t fault the staff here from the laundry lady to the cleaners and from the carers to the management.

“I’m staying here until they kick me out. This is my home. They are angels to me. I feel as happy and as strong as I have felt in years.”

Susan Mitchell, known as Subie, a nurse assistant and acting deputy manager, said: “She was palliative, end of life. She just improved and improved. She is so strong. I’m impressed by her spirit.

“I have never seen so dramatic a turnaround before.”

Lisa Odlin, business development manager for the nursing home, said: “Our ethos is for our home to be a home from home. We have a positive, open and welcoming culture.”