“Vehicles need a face and a story. And Pixar's film 'Cars' did just that, by bringing them to life on the big screen”
By Georgina Jedikovska August 22, 2022
Facebook
Twitter
Linkedin
Email 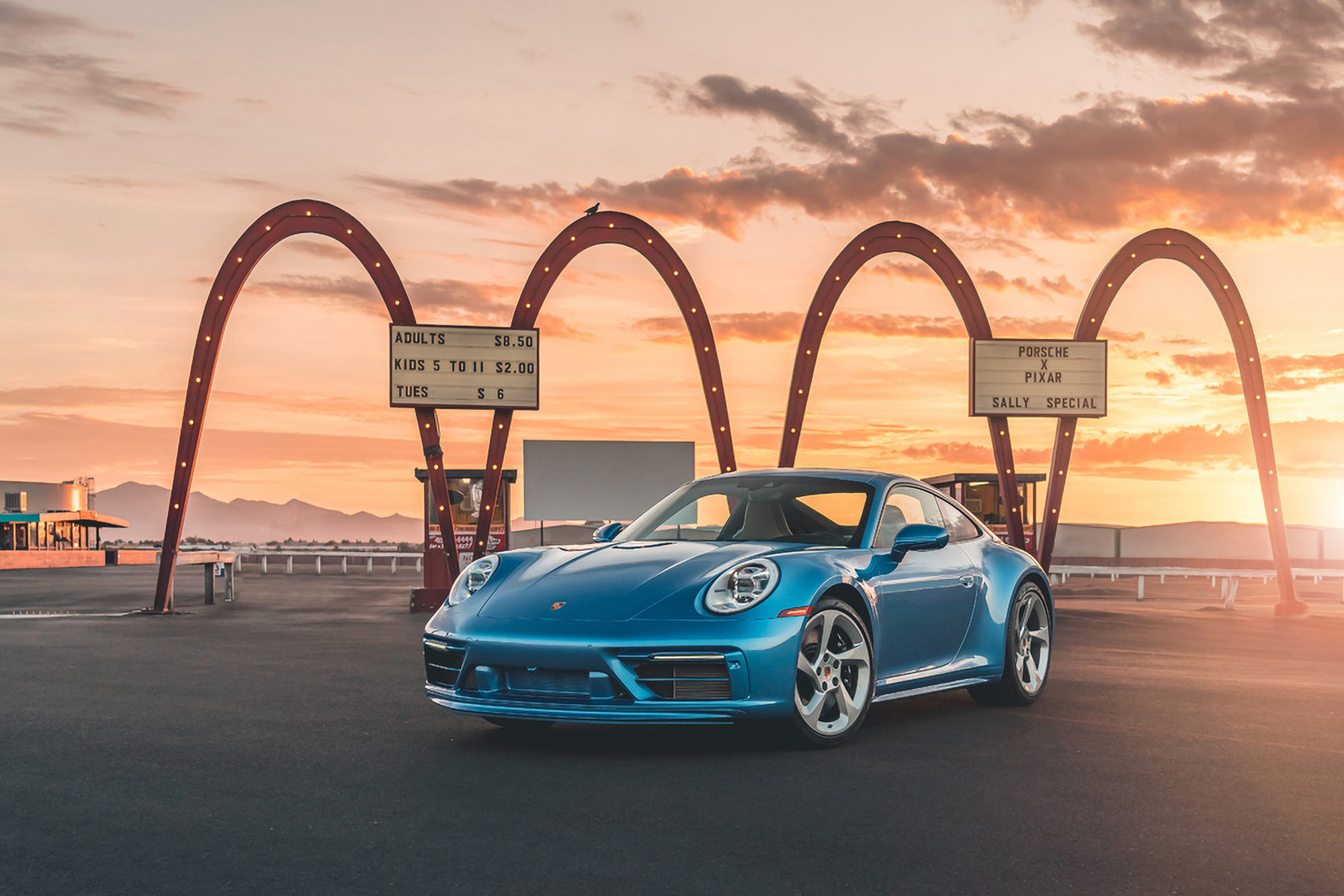 Photo shows the new Porsche car 'The 911 Sally Special', undated photo. The 911 Sally Special, a one-of-one variant of Porsche’s rear-engined sports car based on the Cars character Sally Carrera, will be auctioned by RM Sotheby’s on Saturday, Aug. 20, 2022, during Monterey Car Week in CA, USA. (Porsche/Zenger)

Porsche’s “911 Sally Special” inspired by a character from Pixar’s 2006 computer-animated film “Cars” will be sold at a Sotheby’s auction.

The vehicle, based on one of the most beloved 911 models of all – Sally Carrera – will be the only one of its kind ever made and it will be auctioned later this month at Monetary Car Week on August 20.

The auction, according to the German-based company, is aimed to support young girls through Girls Inc. as well as USA for UNHCR, the UN Refugee Agency.

Vice President Communications, Sustainability and Politics at Porsche, Sebastian Rudolph, told Zenger News: “Vehicles need a face and a story. And Pixar’s film ‘Cars’ did just that, by bringing them to life on the big screen.

“The story conveys values such as friendship, love and mutual support – and in the middle of it all is a Porsche: Sally Carrera.

“Together with Pixar we have brought the spirit of Sally to life in a new way, not on the screen, but off the screen.

“With this one-off street legal 911, the Sally Special, which we are auctioning for charity, we want to help people who urgently need support, quite in keeping with the spirit of the film character.”

The team consisting of members of the original “Cars” crew who created both the movie car and the life-size Sally Carrera based on a 2002 Porsche 911 Carrera, along with Porsche experts worked together for 10 months to create just one unique car as of November 2021.

Creative Director of Pixar Animation Studios, Jay Ward, said: “The 911 Sally Special has been so much fun to create and is truly a first for us and for Porsche.

“We decided early on that we wanted to make a drivable 911, inspired by, but not a direct copy of Sally Carrera. After all, she loved to drive – and this helped guide us. If Sally Carrera was built today in life-size, for the road, what would she look like?”

According to the team, the 473 horsepower 911 Carrera GTS vehicle is one of the fastest and most agile 911 Carrera models in the world, while its unique color named ‘Sally Blue Metallic’ was especially developed for the project.

Head of Vehicles at Porsche Exclusive Manufaktur, Boris Apenbrink added: “Of course, we didn’t forget about Sally’s pinstripe tattoo, which was an interesting challenge.”

Porsche designer and leader of the team working with Pixar, Daniela Milosevic said: “We had a completely blank canvas to work from, which was great!

“The best part has definitely been working on the details – including many little nods to the movie Cars, and to Sally Carrera herself.”

Meanwhile, two charities should benefit by the 911 Sally Special sale, as the whole sum obtained at the auction will be donated.

Girls Inc. President and CEO Stephanie J. Hull said: “We are grateful to Porsche and to Pixar for their commitment to this project, which will directly benefit our work.

“The character of Sally, and what she represents, is a great role model for young girls and it is fitting that she should be helping a new generation achieve their dreams.”

Porsche reported that the project will also support USA for UNHCR, the UN Refugee Agency, which is currently looking after approximately 6.2 million displaced refugees due to the war outbreak in Ukraine.