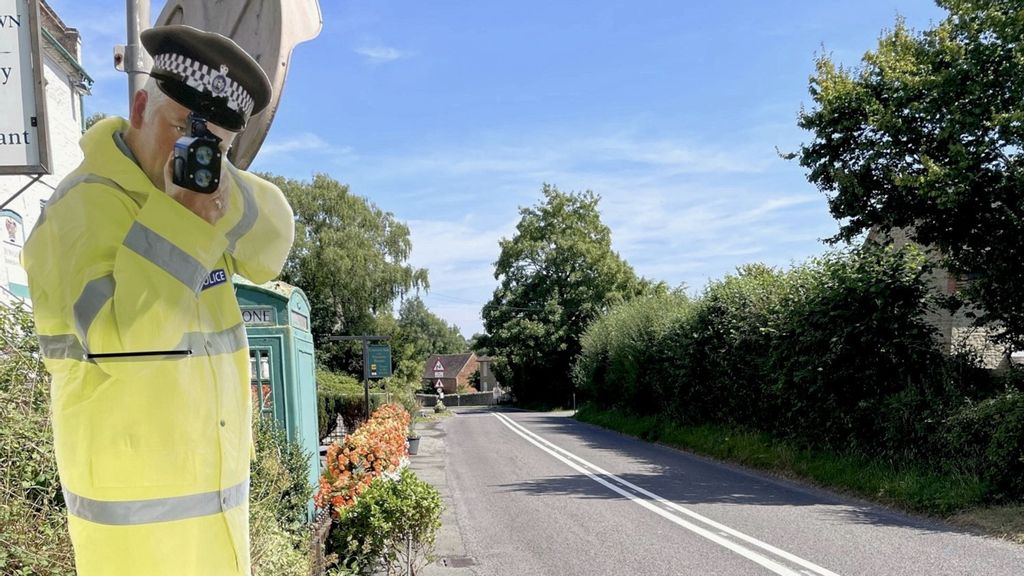 Police in the West Mercia region of England have unveiled the pop-up cop named ‘Bob,’ who comes complete with high-visibility clothing and a handheld speed camera.

Two of the life-sized cut-outs will be placed by the roadside in Shropshire near the border with Wales along stretches which have been reported for having high levels of speeding motorists.

The bizarre concept is already being used in Scotland, but it is believed to be the first time an English police force has implemented the idea.

The move has received a mixed response from local residents with some welcoming any measure to clamp down on speeding while others have branded it a “lazy gimmick.”

Police forces north of the border have already faced criticism for spending thousands on the same cardboard cops as it is argued there is no proof they slow traffic.

But West Merica Police say they will be used alongside high-visibility patrols and existing speed enforcement measures rather than instead of them.

Sergeant Damien Kelly, who is managing the trial, said: “Keeping communities safe is one of our organizational priorities and pop-up cops are simply an additional tool we can use alongside our partners to respond to community concerns about speeding.

“The idea initially came from one of our own officers who saw a pop-up cop being used in Scotland while he was on holiday.

“At first glance, Bob does make you check your speed which is a positive reminder about road safety in itself.

“We appreciate that motorists will quickly realize that Bob is a cut-out, which is why we will be using him smartly and efficiently alongside other speed prevention activity.

“We hope that the use of Bob, as well as our regular speed enforcement activity, will encourage drivers traveling in South Shropshire to change their behavior and drive at a lower, safer speed.

“This will help to improve the quality of life for people living in the area and improve the safety of the road for all those who use them.”

Two-dimensional officers are already used on buses and in shopping centers but this is believed to be the first time they have been used to tackle speeding in England.

Local resident Brian Buttleworth, from Bridgnorth, Shropshire, said: “I can’t see how this will work, you can see clearly it’s just a cardboard cut-out.

“This is just a lazy gimmick as a way to cut policing costs to avoid having bobbies out there on the streets.”

Jill Chambers, of Craven Arms, Shropshire, added: “They should be investing in recruiting real police officers – not cut-out versions. I think it’s a joke.

“It might work to start with but as soon as people realize they aren’t real they are going to carry on speeding past them.”

But Neil Carr disagreed and added: “Anything that can help reduce speeding on our roads is a good idea and this is a cheap and effective deterrent.”