Shahnaz, from Jeddah, a Saudi Arabian port city on the Red Sea, told Zenger News: "I was surprised by the incident and the sight."
By Georgina Jedikovska August 22, 2022
Facebook
Twitter
Linkedin
Email 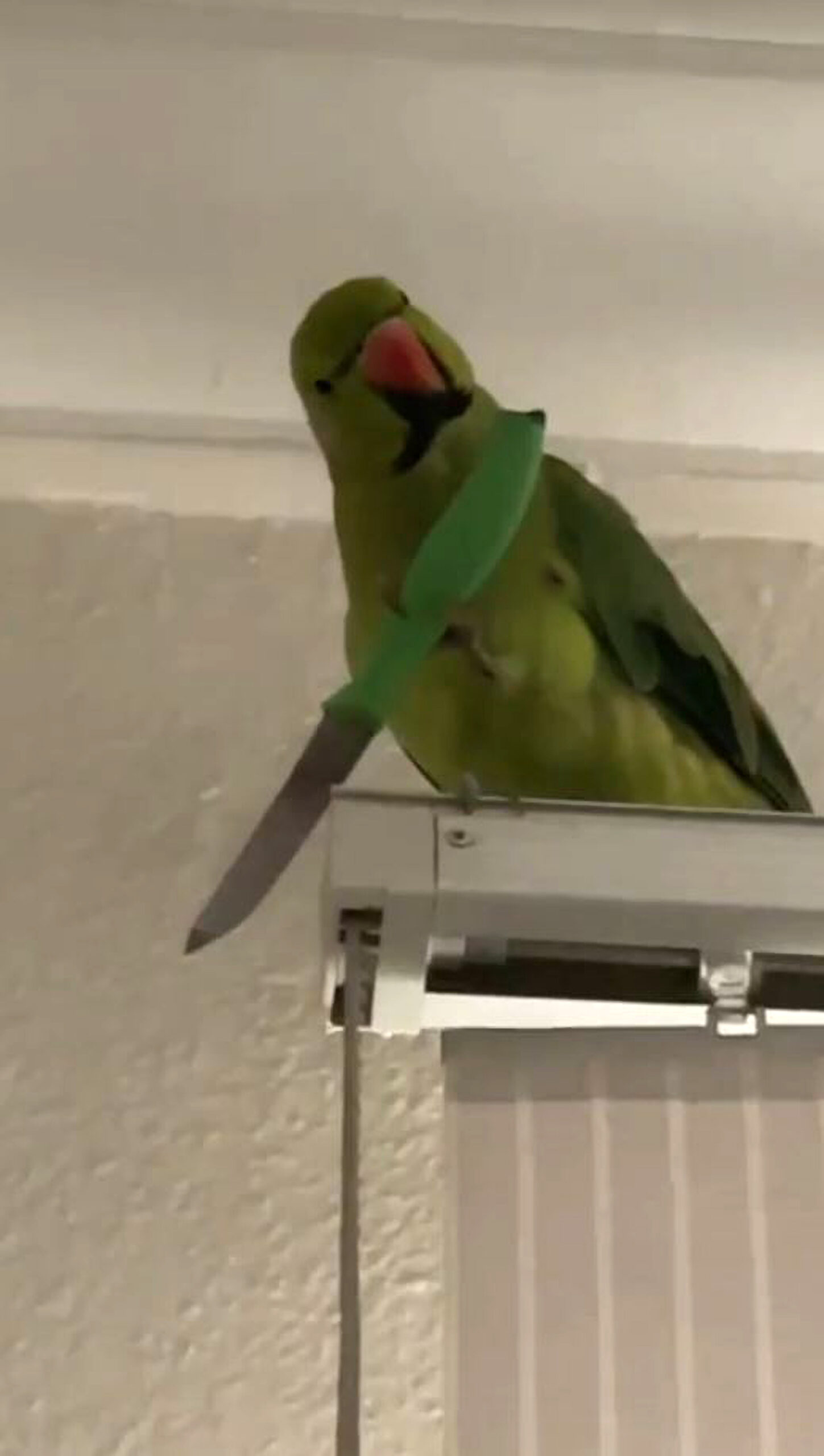 A woman was shocked when she looked up to find her cute green rose-ringed parakeet sitting menacingly above her with a knife in his talons.

The two-and-a-half-year-old parakeet named Kookie apparently entered the kitchen and took the knife, after which he headed toward the living room to stage the scary encounter with his female owner, Shahnaz Muhammad.

Shahnaz, from Jeddah, a Saudi Arabian port city on the Red Sea, told Zenger News: “I was surprised by the incident and the sight.”

However, the Saudi woman who is a housewife admitted that she had quickly realized that the situation was mostly a result of her pet’s playful behavior.

She added: “Kookie loves to play. He carries anything he finds, interesting and bright. He loves songs and whistles and speaks words when he is happy.

“He loves seeds and Sudanese pistachios, as well as apples.”

Shahnaz explained that she currently does not own other pets, despite attempts to find Kookie a suitable mate.

She said: “I tried to get a wife for Kookie, but he bit his leg, he became depressed, and I sold her in less than a week.”

The homemaker even revealed that another bird – a canary – that she owned was also sold, on this occasion because it was afraid of the mischievous green parakeet.

Rose-ringed parakeets, also known as ring-necked parakeets and Psittacula krameri, are medium-sized birds native to Africa and the Indian subcontinent.

They represent one of the few parrot species that have successfully managed to adapt to living in disturbed habitats by withstanding the onrush of urbanization and deforestation.

Rose-ringed parakeets have also proven themselves capable of living in many different climates outside of their native range.

Moreover, they are even able to survive low winter temperatures in Northern Europe.

In captivity, rose-ringed parakeets consume a large variety of food and can be fed on a number of fruits, vegetables, pellets, and seeds.

As oils, salts, chocolate, alcohol, and other preservatives should be avoided, rose-ring parakeets can sometimes even be fed with small amounts of cooked meat for protein.

The species is classified as ‘least concern’ on the Red List of Threatened Species of the International Union for Conservation of Nature (IUCN) as populations seem to be increasing.

Nevertheless, its popularity as a pet and unpopularity with farmers has reduced its numbers in some parts of its native range.