"On Sunday, my ex had a phone call from a microchip database saying someone had found our cat."
By Simona Kitanovska August 22, 2022
Facebook
Twitter
Linkedin
Email 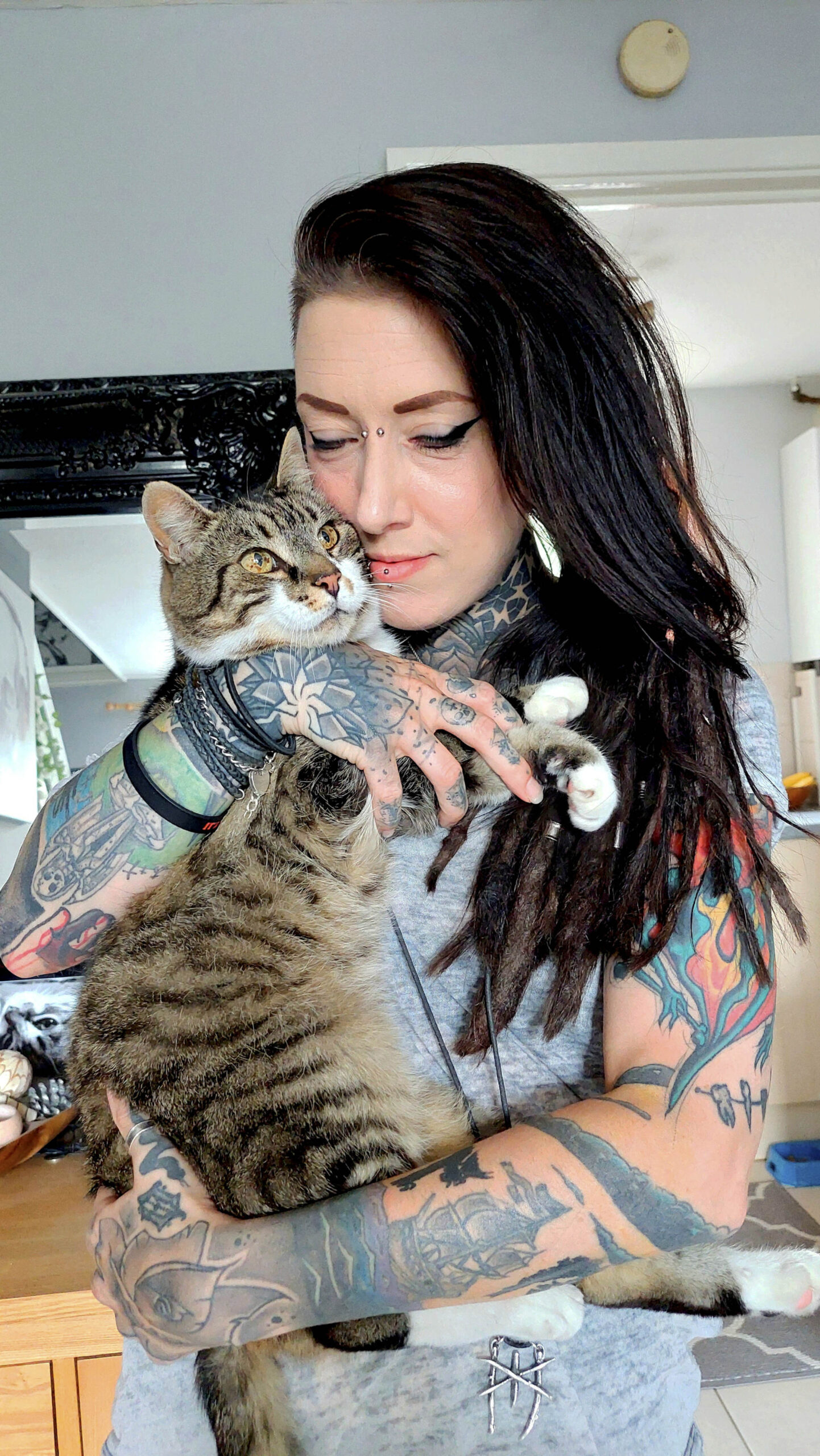 Ruth Orme with Ziggy the formerly missing cat. The much-loved family cat missing for 11 years has been reunited with its owner after being spotted on a Facebook page. (Jon Mills, SWNS/Zenger)

A much-loved family cat missing for 11 years has been reunited with its owner after being spotted on a Facebook page.

After initial searches proved unsuccessful, Orme said they had long given up hope of seeing her alive again.

But after pictures of the tomcat were posted on Facebook, a vet carried out a microchip check and he was reunited with its owners.

Orme , of Royston, Hertfordshire, in southern England, in the United Kingdom, said: “On Sunday, my ex had a phone call from a microchip database saying someone had found our cat.

“We’d had him just under a year, he was fully grown.

“We posted flyers throughout the town, went out night after night shaking food and following sightings but had no luck.

“Apparently some lads had found him on Royston industrial estate, around a 20-minute walk from where he went missing.

“He’d been there a few days so was fed and a video was posted a video on a Facebook Royston reporting page and a lady from a rescue group came out to pick him up and had his microchip scanned. This resulted in the call to us.

“He was returned Monday, looking in great shape with a few signs he’d been outside a while.

“He hasn’t changed much at all and we’re obviously in shock, super grateful he’s back home.

“He looks the same, and his temperament hasn’t changed. He still loves a cuddle.”

Ziggy was aged about one when last seen by his owner at her house in 2011.

Ziggy was found by two men just a 20-minute walk from where he went missing.

Orme added: “It was a miracle – and it’s like he’s never been away.

“After a couple of years, I had given up hope,” Orme said.

She acquired a new cat – Freddie – but said she forgot about Ziggy.

“He looks the same and acts the same,” she added.

“We can’t tell if he recognizes us because he was always such a friendly cat, but he’s been sitting on our laps and purring happily.”

Cat-lady Orme said he seemed in good health and she had no idea where Ziggy had been all this time, but she thinks he was living as a stray but being fed by several different households in the area.

“I really hope he settles back in,” she said.

“He’s already met Freddie and they don’t seem to be too fussed about each other, which is a good thing.”