The video was obtained from the Armed Forces of Ukraine. 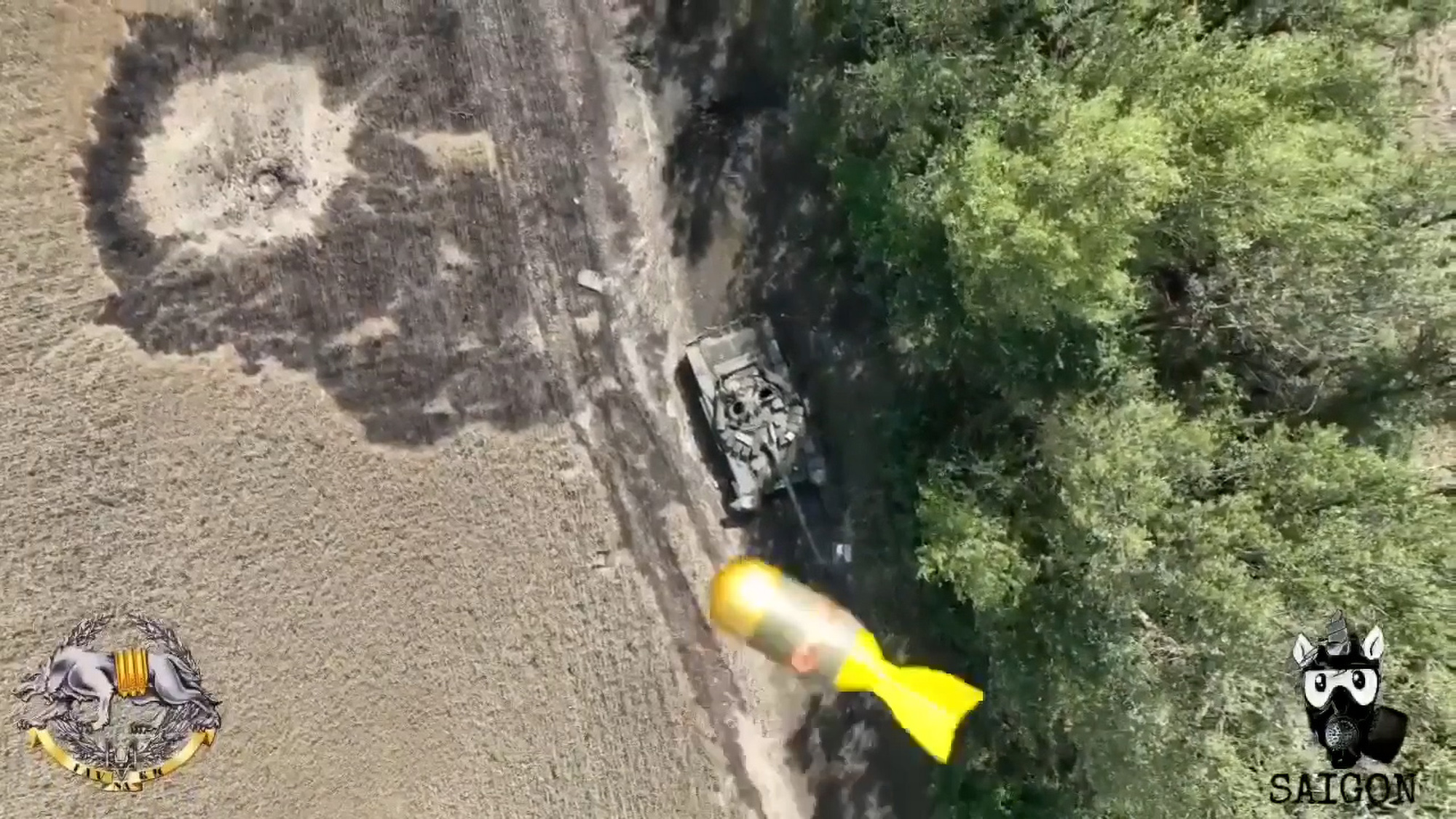 Ukrainian drone drops bomb on a Russian T-72B3 tank in Ukraine in undated footage. The T-72 is a family of Soviet/Russian main battle tanks that entered production in 1969 (@AFUkraine/Zenger)

This is the moment a Ukrainian special forces drone drops a bomb straight onto a Russian T-72B3 tank’s open hatch with pinpoint precision.

The footage shows a stationary Russian tank on a dirt track between a field and some trees. Shot from above by the drone, the images show the UAV dropping a bomb straight into the tank’s open hatch.

The bomb explodes, causing a puff of smoke to emanate from the hatch before a secondary detonation takes place, with flames suddenly erupting from inside the military vehicle.

The images, believed to have been filmed somewhere on the frontlines, then show a second tank a little further up the dirt track also being targeted. This tank appears to be next to another military vehicle. The drone drops a couple of bombs on it before the footage ends.

The footage was obtained from the Armed Forces of Ukraine on Thursday, August 18, along with a statement saying that the drone had dropped its bomb “exactly in the T-72B3’s hatch.”

The images were also relayed by the Office of Strategic Communications (StratCom) of the Armed Forces of Ukraine along with a statement saying: “Sniper hit. Soldiers of the SSO [the Special Operations Forces] of the Armed Forces of Ukraine continue to reduce the population of orks and their enemy equipment in Ukraine. The earth will burn under the feet of the occupiers.”

Ukrainian troops often refer to the invading Russian forces as “orcs,” in an allusion to J.R.R. Tolkien’s Lord of the Ring novels and subsequent films.