"I don't know anything about wine. I’m not a wine drinker and I’ve never drunk it as it gives me headaches.
By Simona Kitanovska August 22, 2022
Facebook
Twitter
Linkedin
Email 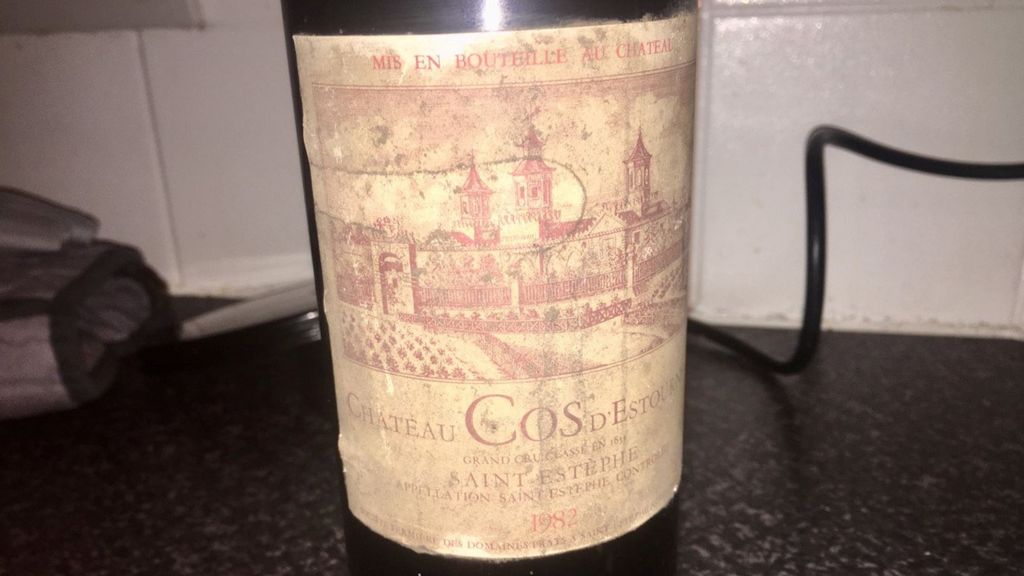 A bottle of 1982 Château Cos d'Estournel, Saint-Estèphe wine which Kerry Carty won in a game at her daughter's school and managed to sell for over $200. Undated photograph. (Kerry Carty, SWNS/Zenger)

A delighted mom sold a bottle of wine for more than $200 she won with a raffle ticket worth less than a dollar in a raffle.

Kerry Carty, 33, bagged the booze in a game at her six-year-old daughter Madeline’s school fair.

She had planned to give the red wine away but decided to Google the name just to satisfy her curiosity.

To her surprise, she discovered the bottle – a 1982 Château Cos d’Estournel, Saint-Estèphe – was selling for hundreds of British pounds online.

Carty, from Stockport, Greater Manchester, in central England, said: “I don’t know anything about wine. I’m not a wine drinker and I’ve never drunk it as it gives me headaches.

Carty had planned to give the wine to her grandmother for Christmas, and placed it in a cupboard at home.

However, as she was having a clean-up a few days later she came across the bottle again – and decided to Google the label.

To her shock, she saw some vintages of the Château Cos d’Estournel wine were selling for hefty sums – with the 1982 edition going for up to 400 pounds ($475).

She decided to put the bottle up for auction, and four days later the wine sold.

Now, she’s encouraging others to investigate their wine racks in case other valuable bottles are hiding in plain sight.

Carty said: “I’m assuming it’s come from someone like me who’s been gifted this bottle of wine and just thought it could go to the school.

“I do feel bad, but as the saying goes, ‘One man’s trash is another one’s treasure.’

“From now on I’m going to check, my mom has already checked all her bottles that she has stored!

“I said to my mum I’d give it to nan for Christmas and had a bottle bag ready.

“But my nan said she was glad I didn’t give it to her as she doesn’t drink red wine.

“I always see people saying ‘check your change, your antiques’ – but I’ve never heard anyone say ‘check your bottles of wine’.

“Times are hard – and if you’ve got a little gold mine in your cupboard then why not.”

Château Cos d’Estournel is produced at the eponymous winery in Bordeaux, France.