"It’s so funny and sweet watching him interact with the oven gloves or what he calls ‘ubben guvs’."
By Simona Kitanovska August 22, 2022
Facebook
Twitter
Linkedin
Email 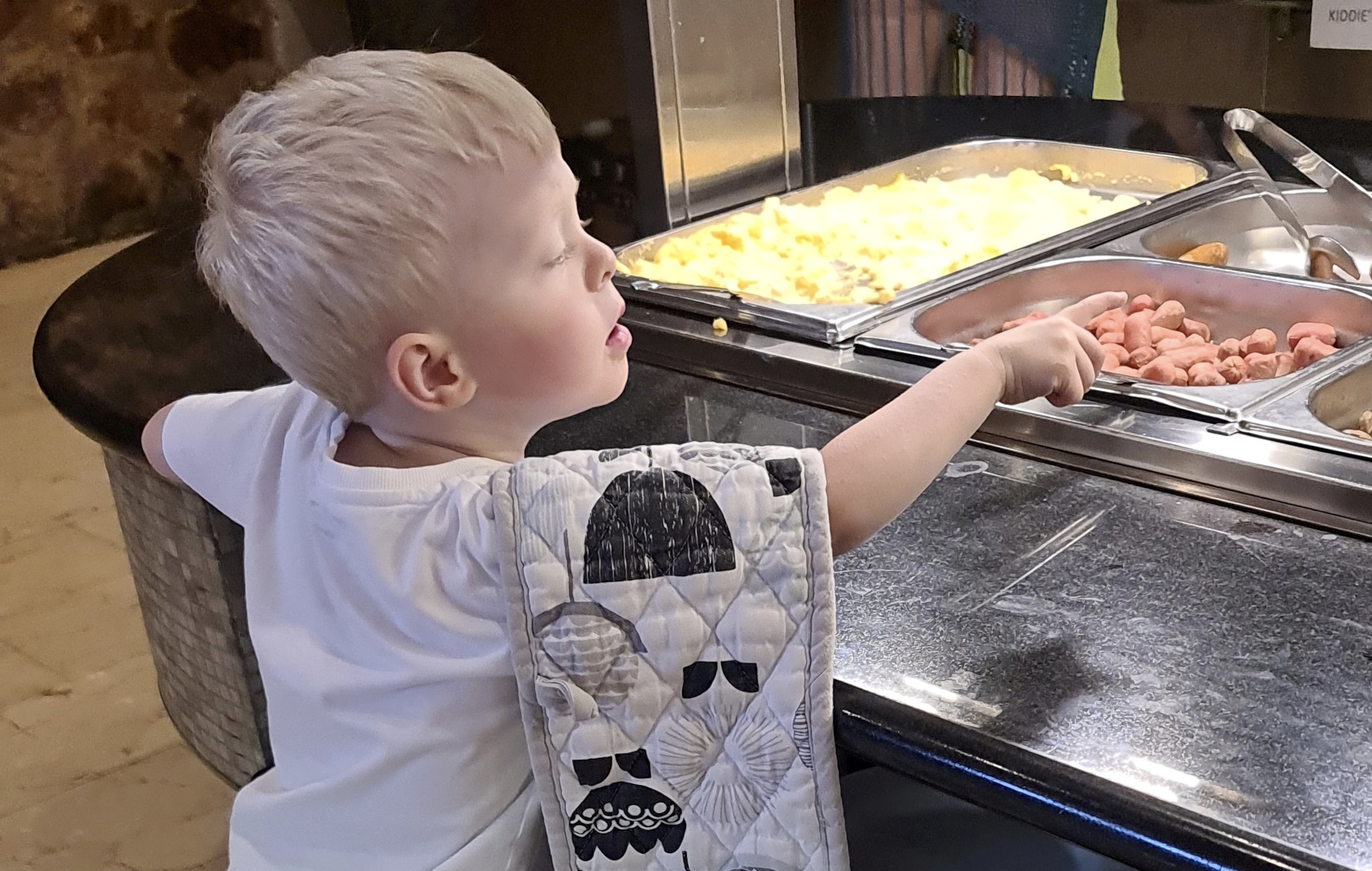 Little Rupert Hall and his oven glove in an undated photo. Rupert doesn't care for teddy bears or toys but has become attached to his mom's oven gloves. (Tanya Hall, SWNS/Zenger)

Meet the little boy who doesn’t care for teddy bears or toys but has become attached to his mom’s oven gloves.

Little Rupert, three, and his identical triplet brothers – Austin and Ethan – received lots of soft toys after being born in April 2019.

But Rupert isn’t interested in typical toddler toys and has taken a special liking to a kitchen item – his mother’s oven gloves.

The child kept pointing to the oven gloves and his mom, Tanya Hall, 33, eventually gave in and let him have them.

Rupert takes his beloved oven gloves everywhere he goes – and even cuddles up with them at bedtime.

Tanya – who works in research and development – from Hessle, Yorkshire, in northern England, in the United Kingdom, said: “It’s so funny and sweet watching him interact with the oven gloves or what he calls ‘ubben guvs’.

“We have to take them absolutely everywhere with us they really are his comfort.

“One night [when] they lost them and couldn’t find them anywhere.

“We looked all over the house, we searched the place up and down and could not find them.

“Rupert kept asking for them over and over again, but we didn’t know where they were.

“We had already searched underneath and behind the changing table, but it turns out the gloves were wedged down the side.

“Of course, he was so over-the-moon to be reunited with them – he’s obsessed.”

Tanya added: “People joke and say one day he’ll grow up to be a chef.”

The family even had to take the gloves on vacation to an island resort in Mallorca, Spain, and received some very strange looks when they fell out of Tanya’s bag at the security queue.

The other boys both have their soft toy bunnies, and Austin is fixated with books.

Their dad, Kris Hall, 43, who works in healthcare research and development, added: “It’s funny how they are all so different in personality even though they’re identical.

Tanya – who conceived triplets naturally against 200 million to one odds- didn’t have an easy ride with her pregnancy but remained positive the entire time.

The babies were born six weeks early on April 26, 2019, at Lancashire Women and Newborn Hospital in Lancashire, England.

Tanya said: “After their difficult start to life, I am so grateful they are all healthy and happy and can live a fantastic life together.”