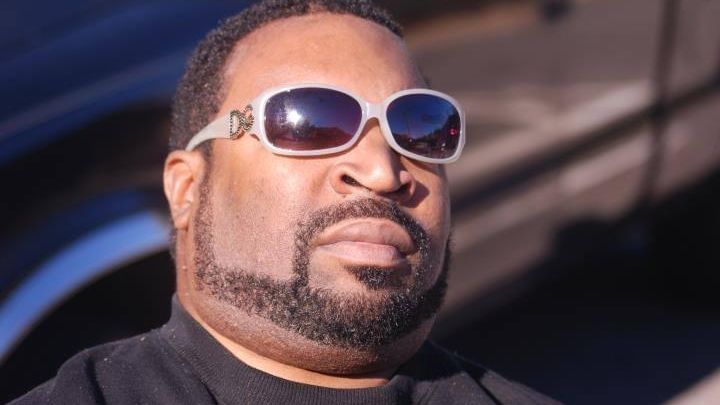 ATLANTA — Life has a way of slowing us down when things move too fast.

In the case of Kawand Crawford, if life hadn’t slowed him down, he says he would be dead or in jail. Crawford, who earned the moniker “Don” for his street activities in New York, became a street legend at an early age. That was until a motorcycle accident left him a paraplegic — but he calls the event a blessing in disguise.

Crawford’s street activity was dangerous. And though he continued being active after the accident, it was a wake-up call. He returned to college, left the streets behind, and eventually become a best-selling author and ghostwriter.

Most life-changing, Crawford tells Zenger how the pen helped him avoid the penitentiary.

Crawford: I’m an only child. My pop wasn’t in my life. Mom was working most of her life. I was fending for myself since the since fifth grade. We moved into the projects, which was rough. I kept house while she worked. I went to school. Kids are cruel. I got into some scrapes, earned a little reputation with the bad boys. At some point, I became a bully — me and my crew. We started running the Marlboro Projects. I held my own, not just in my neighborhood, but all through Brooklyn.

Zenger: When did the streets become a part of your life?

Crawford: Between 1987 to the mid-’90s, I was the hottest thing smoking in Brooklyn. We went to war with some cats, banged it out.

Zenger: How did you earn the moniker of  a “street legend?”

Crawford: I grew up in a project called Marlboro. We were rivals with Coney Island, which was about five blocks out. We didn’t like each other. In my teenage life, I backed down about 30 dudes that were strapped [had guns] by myself. In ’88, I stopped moving on the streets. My team was so solid I didn’t have to come outside. So I went back to school and got my high-school diploma while my team ran the block.

I caught my first case in 1987, when I was in high school. I drew my first blood with the gunplay. I got into some stuff with this white dude at my night school. Bensonhurst is racist. We got into an argument and fight. I go up there with some dudes, and me and my partner got the ratchet [gun]. His family pulled up in a bunch of cars with the bats, and we ended up hurting one another really bad.

One of them got hit [shot] twice in the body and once in the neck. They only knew me, so they locked me up for it. This is what put me on the map with the gunplay. The first week I didn’t have bail. Second week he lived, so they gave me bail. My mom got me out. I got a lawyer and fought the case. My lawyer pleaded me out for 30 days and five years probation. Once I caught the probation, from that time to my accident, I’m wilding every day.

Zenger: How did the feud with Coney Island happen?

Crawford: There was this cat in Coney Island who had some bodies under his belt. They used to come to my hood and rob cats. I’m out late with one of my partners, and they tried to ambush us. He went in the building, and they snatched him in. I didn’t walk close to buildings and curbs like that. I’m banging out with one cat, chased him in the building, another cat was trying to creep behind him, so I dropped him. I ran out of ammo, and I went to go check on my dude. By the time I doubled back to check on him, they had disarmed him and he was upset. Then the war was on.

Zenger: At some point, you become paralyzed. Can you recall what happened?

Crawford: The accident was in 1990. Yes. I was riding my motorcycle. It happened to me in the projects, so everybody was out. A car U-turned in front of me, I T-boned it and slid under another car. The hood had to lift the car up on its side for the EMT to get me out from under it. I became paralyzed and was in the hospital for 17 months. My first few months were critical. The first month and a half I couldn’t talk. I had a respirator and a trachea in my throat.

Zenger: Did anyone ever try to take your life?

Crawford: At least two to three months before the motorcycle accident, a hit was out on me. I had two situations where cats tried to hit me. I clapped (shot) a few cats and done some things. Before my accident, I was at a point where my team and security was so solid, anything they did was the weight on my back. Even though I’m not out there, I’m catching all the slack.

True story, right before my accident, about three carloads pulled up on me and 10 to 12 dudes jumped out. I banged out with them all before I had to get on the move and get out of the situation. A couple of weeks after that, somebody did a drive-by on me and tried to hit me. I tell people my accident was really a blessing in disguise because I was fearless. I went where I wanted to go, did what I had to do.

Zenger: So you credit the accident with not only saving your life, but forcing you to enroll into college and get your degree?

Crawford: That’s correct. In ’96, I quit cold turkey and went to school, enrolled in college in my wheelchair. I get an associate degree in business and a bachelor’s degree in accounting. Before I graduate with the accountant degree, I do a year in the financial industry. I’m working on Park Avenue. This is the beginning of my respect and come up in the real world. This is like the third chapter in my life. The first chapter I was in the streets, second chapter was after my accident, third chapter, I’m looking to crossover. After I graduate, 9/11 happened, and I move to the South. That’s when I wrote my first novel, “Love-Loyalty — And Dangerous Games.” It’s about my hospital experience, where I chronicle my recovery and the moves I was making before and after.

Zenger: Full circle, now you’re a bestselling author and ghostwriter. How did that happen?

Crawford: In 2007, 17 years after my paralysis, I wrote the book, “Seventeen Years.” Now, I’m being called an inspiration. I went from the block, school and now the books. In 2007, I started writing more and over the last five years, I’ve been ghostwriting for people. After I did my first 12 books, I started ghostwriting. I got seven writers under my belt. Because I’m a ghostwriter, their names are on the books. I just help them put it out.

Then I started writing my memoir. I have a five-book memoir about my life from age 10 to the 2007 event. That book is titled “Unapologetically Gangster.” I’m going to audio it first, then set up my YouTube channel. I’m going to tell my story on YouTube first, while I’m still prepping the book for its release. The concept to “Unapologetically Gangster” is: It’s not my fault that I grew up in the hood. The government laid out an obstacle course that sent me on this route. That’s why I’m not apologizing. I didn’t want to be a gangster. The streets kidnapped me and made me one.

When I shot that cat in high school, I had three months until graduation. By the time I got out, they kicked me out of day and night school. A year later, I went back and got my diploma, got the street stuff going, and then years after the accident, with the diploma, I went to college. That’s how I was able to make the transition. Cats on the streets didn’t know I was in school. I was living a double life. What’s crazy is, I did no jail time. I’ve been locked up dozens of times, but I have been beating them. I wasn’t greedy, so in ’96 I quit cold turkey.

This is how I get to the point where I am now — pushing this five-book series.

The moral of my story is going to be: The biggest gangster in my life was my mom. Nothing is harder than a single mother trying to raise a black boy to be a man. The streets turned me out, but somewhere I got educated, she still instilled that in me. No matter what I did in the streets, education was always important.

«Previous Post
London Influencer Spends $12k A Month On Food But Does Not Cook»Next Post
Drunk Bought A Sculpture From Himself On Ebay That Will Sell For $100,000