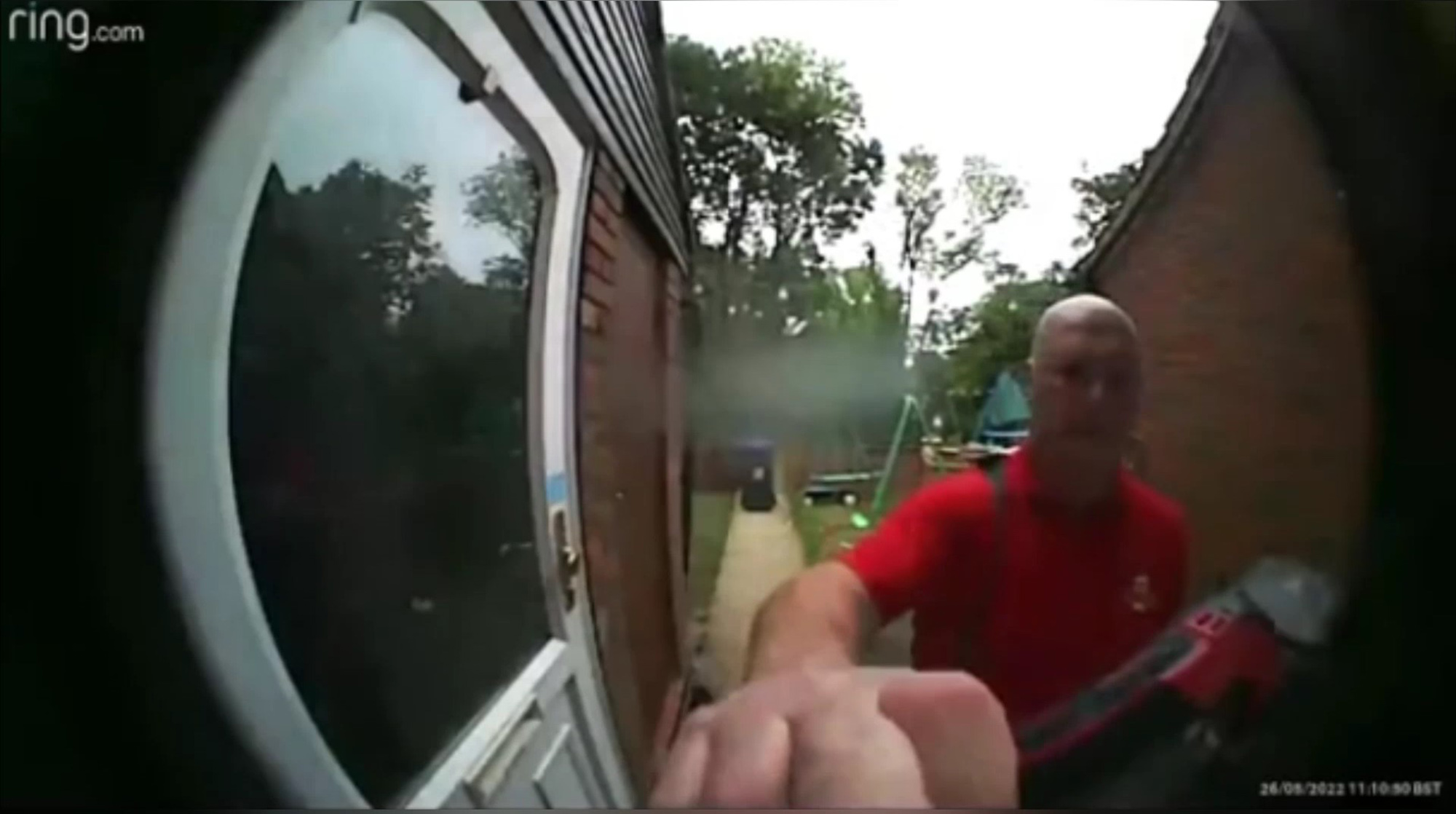 Mailman rings Lauren Chloe Edney's doorbell in undated footage. The mailman was answered by Lauren's daughter, Emily, 3, who went on to reveal why her mother was upstairs. (@edderz123/Zenger)

This is the hilarious moment a little girl tells a mailman wanting to know where her mommy is that she is “upstairs having a poo”.

The footage shows the mailman, who has not been named, dropping off the post and a package.

He can be seen telling two unseen children, a girl aged 3 and her brother aged 4, to stand back from behind the door so he can safely put the post through the letterbox.

Then, indicating that he had a package for their mother, he asked: “Where’s mommy?”

To which one of the kids can be heard replying that her mother is “upstairs having a poo.”

The mailman, without skipping a beat, but seemingly going red in the face, then replies: “Ohh! Tell her there’s a parcel in the cupboard.”

He then hastily leaves.

Zenger News spoke to the girl’s mother, Lauren Chloe Edney, 24, from Chertsey in Runnymede, Surrey, in the U.K., about the moment.

Edney explained: “I have two children, the first one heard on the video is my son James who is 4 years old and the one with the punchline at the end of the video was my daughter Emily who is 3 years old.”

She added that her three-year-old had indeed been telling the mailman the truth, saying: “It was a true statement, I was upstairs using the toilet.”

She said that the front door had been locked and that “just for clarification”, “the children were both safe at all times”.

She said that netizens had found the footage hilarious, with most people laughing and tagging others to go view it.

She said: “I would say most people understood what was going on and found it comical, but I had quite a few comments from other posties [mailmen] too saying they’ve definitely seen and heard worse but this one was a classic.”

Edney, who said that she is a mechanic by trade but is currently a full-time mom, said that she had been watching “the doorbell live as all of this was going on”.

She also confirmed: “Although I pride myself in the honesty of my children and have clearly done a great job teaching them not to lie, I have now taught them that bathroom ‘functions’ stay in the bathroom.”

Chertsey is located about 18 miles southwest of central London. It was built around Chertsey Abbey, which was founded in 666 AD, and became a market town.