“The build was definitely a lot harder and took so much longer than we'd anticipated. “
By Simona Kitanovska August 22, 2022
Facebook
Twitter
Linkedin
Email 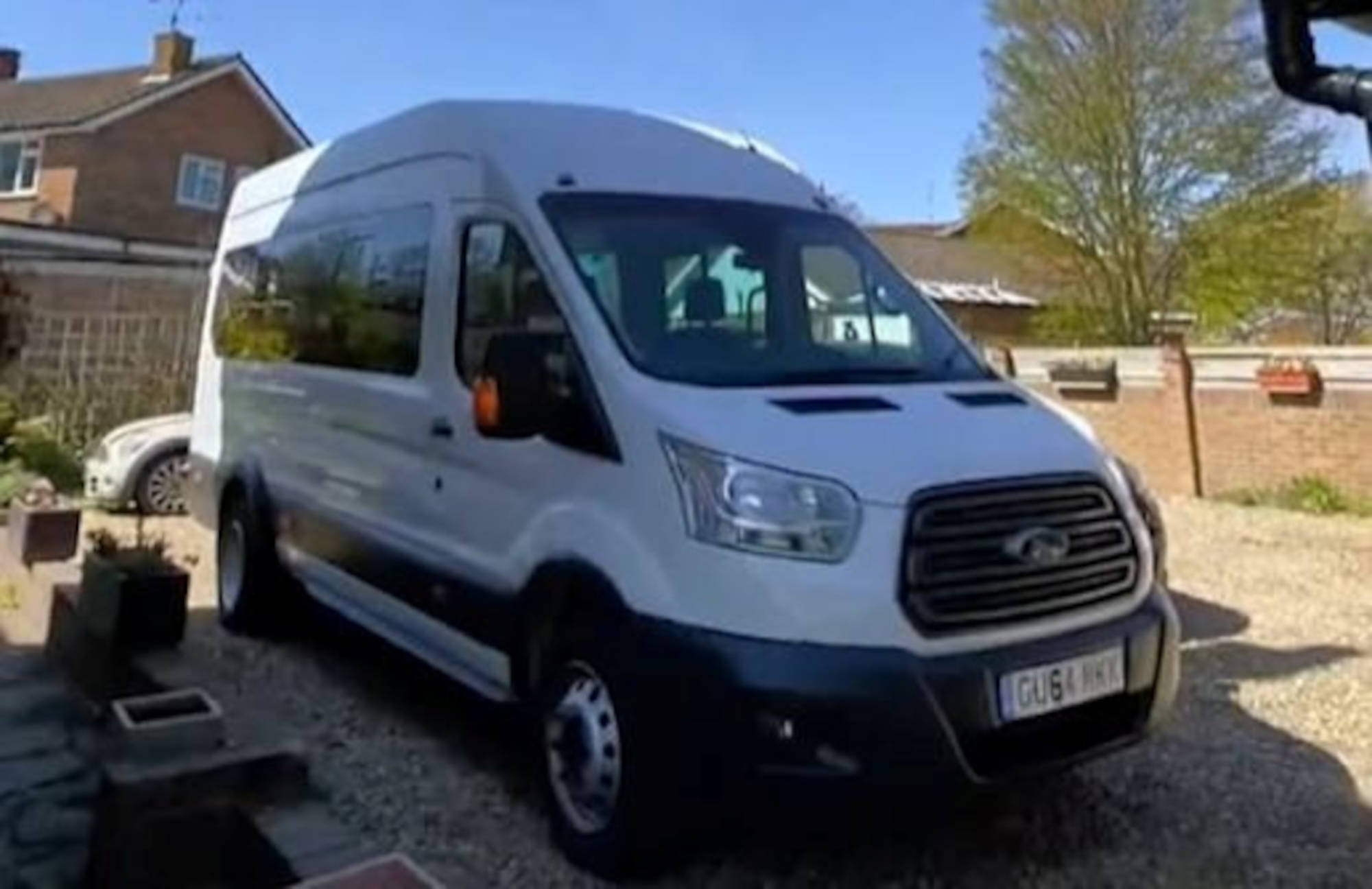 The van, Ford Transit Minibus, that Helen Weedon and Tristan Young bought when they quit their 9 to 5 job so they can travel the world, pictured in an undated photo. (Helen Weedon, SWNS/Zenger).

A couple quit their ‘9 to 5’ jobs to travel the world in a van they renovated and transformed on their own for $30K.

They started the project just weeks after purchasing the van, taking nine months to renovate whilst working full-time jobs and using their weekends and evenings to complete it.

The couple did everything themselves outside their home in Horsham, West Sussex, in the United Kingdom – from the initial design to building the walls, kitchen, seating area, and a full-sized fixed bed.

They even installed the gas, water and electrical systems on their own.

The couple initially aimed to complete their project with a budget of 20,000 pounds ($23, 600), but ended up spending approximately $30k, due to the increased cost of building materials and equipment.

Weedon said: “The build was definitely a lot harder and took so much longer than we’d anticipated.

“We did absolutely everything ourselves. The only thing was getting our electrics and gas checked over professionally to ensure it was all safe to use.

“However, it’s probably one of the most rewarding things we have ever done, especially now that we’re able to travel around in it.”

Their project was inspired by their love of travel. They wanted to explore Europe more – and the growing number of people sharing their van renovations online.

Weedon described that as the pair settled into a corporate routine, they both realized they wanted far more out of life than dreading work and only being able to travel on their very limited vacation leave.

They found that a minibus was their most affordable option so they began their journey and by June 2022 they had completed the renovation, sold nearly everything they owned and quit their 9-5 jobs.

Weedon, who is now a Freelance Virtual Assistant, and Young, a Freelance Website Designer, designed their van to be able to go off-grid for up to five days, giving them freedom like never before.

They said: “It was a really liberating thing to do and made us realize how few material things we actually need.

“We put a few sentimental things into storage but otherwise everything we own is in the van.

“It’s enabled us to see so much more than we ever could have imagined.

“Over the past 5 months, we’ve probably seen and experienced more than we could have over two or three years of doing different holidays and trips abroad.

As of August 2022, the couple had taken their van, affectionately dubbed ‘Stan the Van’, around the U.K. and to Germany, Austria, Italy, Croatia, Hungary, Slovenia, and Montenegro.

Their van life has not come without its issues.

‘Stan the Van’ has broken down twice – once in the mountains of the Dolomites in northern Italy, and the second in the middle of nowhere in Croatia.

Simple things like finding fresh drinking water or a place to empty their toilet have occasionally been challenges too.

The couple now run a travel blog called ‘Coconuts and Camels’ and multiple social media accounts where they share the highs and lows of their travels.

They also share travel tips such as accommodation, clothing, food and drink options.

Their current plan is to travel Europe for the next three years.

They also hope to one day ship their van to Canada and the USA and road trip around North America.