“Servicemen of the DPR strike at the positions of Ukrainian nationalists in the Avdiivka direction,” says the People's Militia.
By Joseph Golder August 19, 2022
Facebook
Twitter
Linkedin
Email 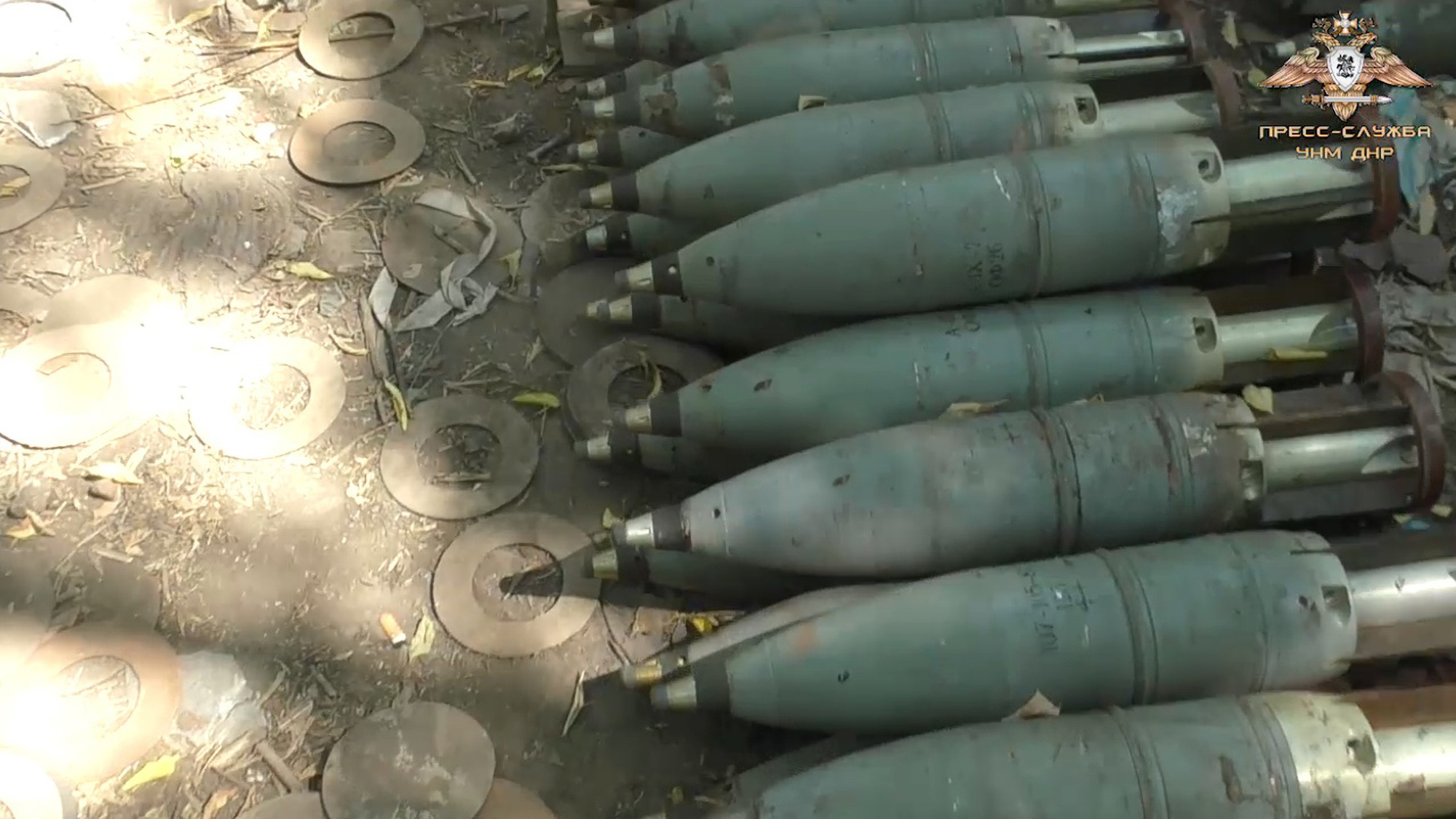 Picture shows missiles on the ground in the Avdiivka direction, Donetsk region, Ukraine in an undated footage. Soldiers of the tank unit of the 9th regiment of the People`s Militia of the DPR strike at the positions of Ukrainian army. (@nm_dnr/Zenger)

This footage allegedly shows a tank unit from the pro-Russian, so-called DPR in action in the Donetsk region of eastern Ukraine.

The People’s Militia of the so-called Donetsk People’s Republic (DPR) claimed in a statement on Friday, August 19, that the images show a “tank unit of the 9th regiment striking at enemy positions”.

The so-called DPR also claimed: “Servicemen of the tank unit of the 9th regiment of the [People’s Militia] of the DPR strike at the positions of Ukrainian nationalists in the Avdiivka direction. Thanks to their experience and well-developed interaction, the defenders of the republic work at any time of the day, moving further and further, freeing the land of Donbas from enemies every day.”