"Servicemen of the NM DPR continue to improve their effectiveness at the training grounds of the Republic," says the DPR's Militia
By Joseph Golder August 19, 2022
Facebook
Twitter
Linkedin
Email 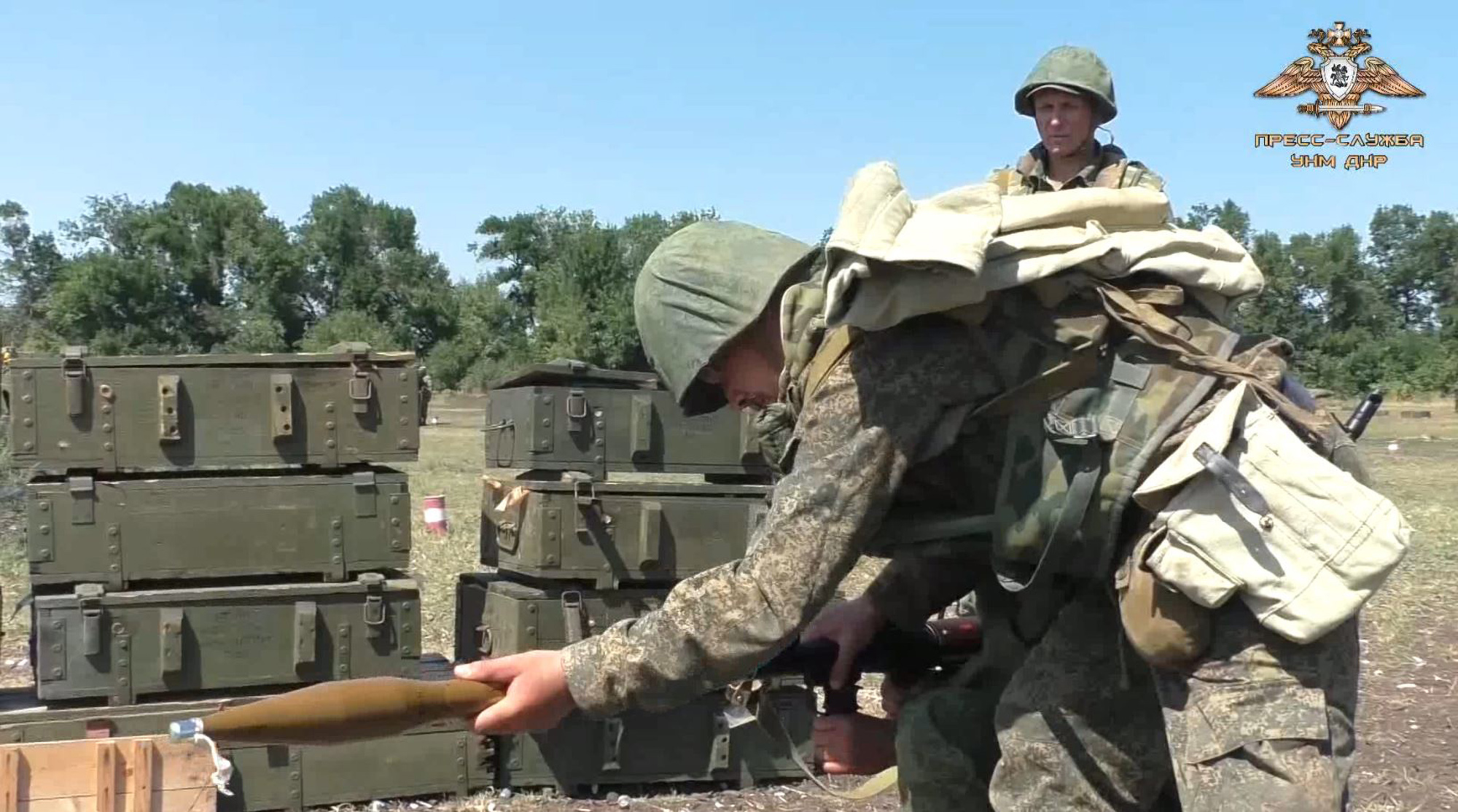 DPR soldier holds rocket launcher near boxes with ammunition at the training grounds of the DPR in an undated footage. Combat training, coordination of units and practical development of the acquired knowledge in the conditions of imitation of urban battles takes place in order to increase the efficiency of the DPR military units. (@nm_dnr/Zenger).

This footage allegedly shows members of the People’s Militia of the so-called Donetsk People’s Republic (DPR) training to use rocket launchers, machine guns and tanks.

The People’s Militia of the so-called Donetsk People’s Republic (DPR) claimed in a statement on Friday, August 19, that the images show “servicemen of the NM DPR continue to improve their effectiveness at the training grounds of the Republic”.

The so-called DPR also claimed: “At the training grounds of the Republic, training, combat coordination of units and practical development of the acquired knowledge in conditions of imitation of urban battles are taking place in order to increase the efficiency of units participating in the Special Military Operation.”