The video was obtained from the National Guard of Ukraine.
By Joseph Golder August 19, 2022
Facebook
Twitter
Linkedin
Email 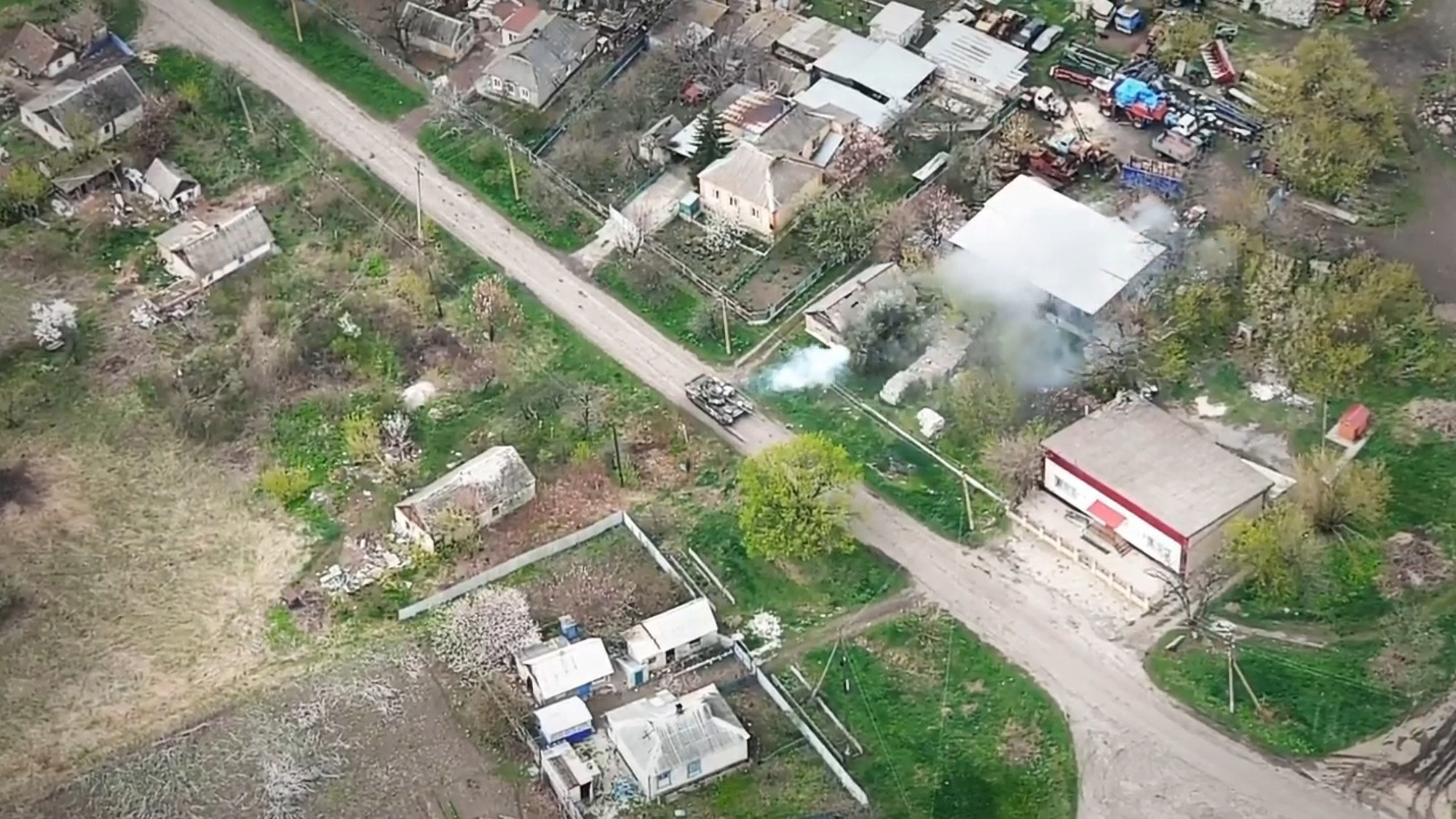 The National Guards artillery hit Russian tank in the middle of the street in the Donetsk region in Ukraine in undated footage. The National Guard of Ukraine functions in the system of the Ministry of Internal Affairs of Ukraine and has up to 60,000 servicemen. (@NGUmainpage/Zenger)

This footage shows a Russian tank being hit by Ukrainian artillery in the breakaway Donetsk region.

The images show a stationary tank on a road before it is suddenly hit by an ordnance fired by Ukrainian artillerymen. The tank appears damaged and smoke can be seen spewing from it before it moves a short distance.

It is currently unclear if the tank was destroyed.

«Previous Post
The Biggest Gold Crucifix In The UK Is Expected To Fetch At Least $36,000 At Auction»Next Post
Russian Strikes Destroy One Of Odesa’s Holiday Resorts