“Trains to and from London Bridge are affected and several buildings have been evacuated.”
By Michael Leidig August 19, 2022
Facebook
Twitter
Linkedin
Email 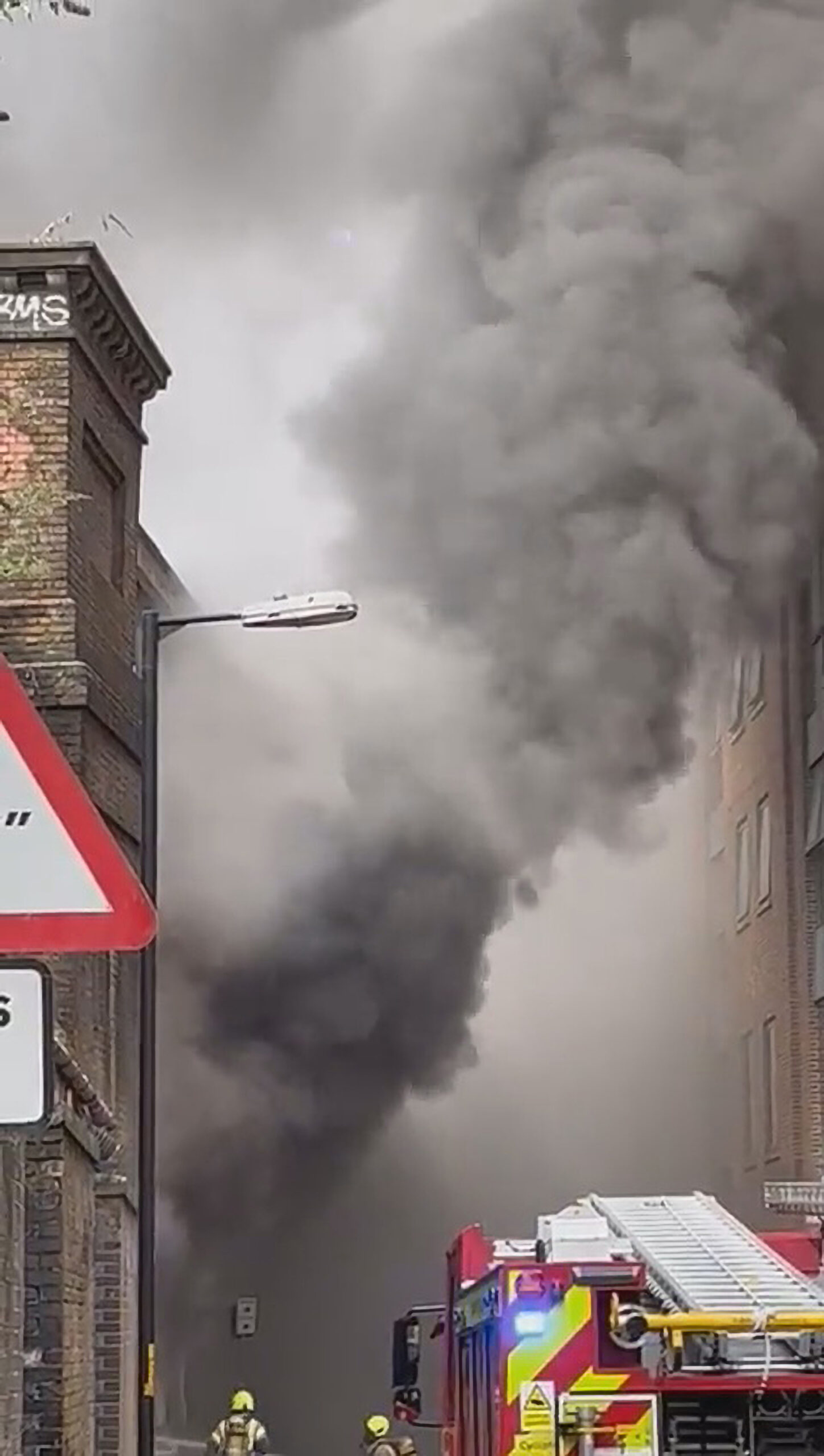 A fire in the railway arches in Southwark, London, UK, on Wednesday, Aug. 17, 2022. Around 70 firefighters are working on extinguishing it. (@MissPokeno/Zenger)

A huge blaze believed to involve electrical vehicles at a business in London, the U.K.’s capital, and caused chaos in the traffic after it broke out between London Bridge and Waterloo East stations.

The fire in Union Street, in London’s Southwark district along the River Thames, was so severe that it was generating thick black smoke which caused chaos on local railway lines and closed roads.

London Fire Brigade reported that the fire was brought under control at 11.20 a.m., but Southwark Street was closed between Southwark Bridge Road and Lavington Street whilst crews continue to work to make the scene safe.

Rail firm Southeastern tweeted: “Due to a fire next to the track between #WaterlooEast and London Bridge, services across all routes through London Bridge are severely disrupted. Trains are being diverted to other London Terminals or terminated at alternative locations.”

The Jubilee Line on the underground system was also impacted.

More than 70 firefighters were on the scene on the south bank of the Thames where thick black smoke could be seen pouring into the sky and alarms could be heard going off in the background.

Local residents were advised to keep their windows and doors closed.

London’s mayor, Sadiq Khan, tweeted to fellow Brits to “please avoid the area and allow the London Fire Brigade to do their job.”

The fire reportedly started around 9:29 a.m. according to a statement by London firefighters. They said they had received more than 30 reports about the fire.

A spokesman said ten fire engines and around 70 firefighters were tackling the fire under the railway arches on Union Street in Southwark.

Station Commander Wayne Johnson, who was at the scene, said: “The blaze is producing heavy smoke and those living or working in the local area are advised to keep their windows and doors closed.

“Trains to and from London Bridge are affected and several buildings have been evacuated.”

The Metropolitan Police said they got reports to deal with traffic control some 15 minutes after the first report of the blaze.

Network Rail Kent & Sussex tweeted that the fire is contained but still burning: “As soon as it is safe to inspect the arches we will do so but for now there’s no change to services with diversions and cancellations across South London.”