Now a study has found the key to good coordination. Touch and sight link up - while we are still in the womb.
By Simona Kitanovska August 19, 2022
Facebook
Twitter
Linkedin
Email 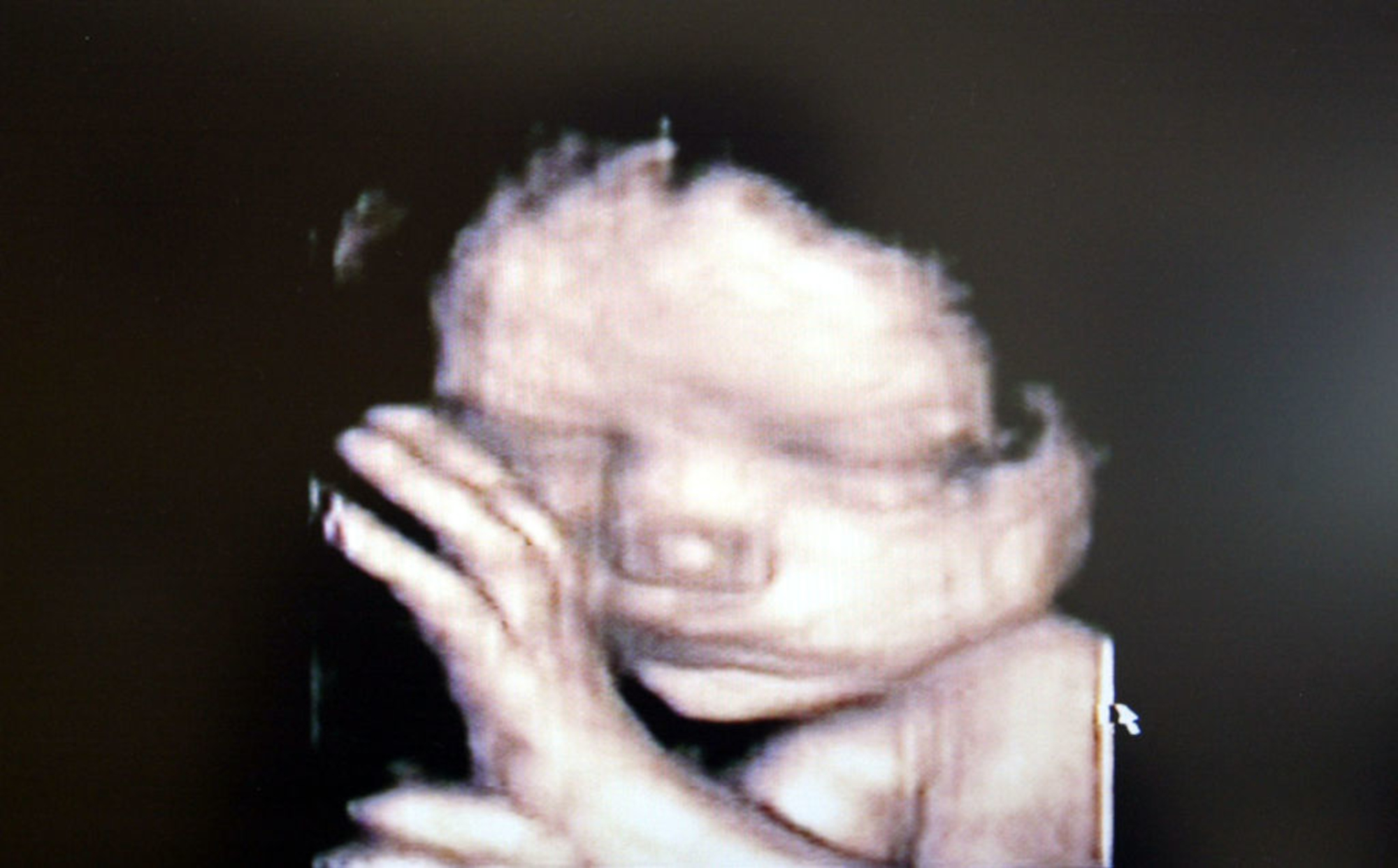 Stock Photography. A 3D ultrasound showing a baby inside the womb. (Photo by Fotopress/Getty Images)

Good coordination begins before we are even born, reveals new research.

Touch and sight link up – while we are still in the womb, say scientists.

Coordination is key to the greatest sports stars’ fame and fortune. The quick eyes and hands of Brett Favre, Tom Brady, Venus Williams, Ronaldhino, and Pelé work in perfect harmony.

Now a study has found the key to good coordination. Touch and sight link up – while we are still in the womb.

The study has been published in the journal Science.

In embryonic stages, stimuli simultaneously trigger tactile and visual neural pathways. Shortly after birth they reorganize – to allow separate processing of the senses.

Waves of activity are emitted by the retina – light-receiving tissue at the back of the eye. It drives the separation – occurring in a brain region called the superior colliculus.

Any delay causes an incorrect organization of visual circuits – that is maintained in adult life.

The phenomenon was identified during experiments on mice. It could shed light on why some people are much better at sports.

Touch and sight circuits were seen to intermingle in the embryo. They parted at birth – with independent responses to sensory stimuli. The same will happen in humans.

Lead author Guillermina Lopez-Bendito, of the Institute of Neurosciences in Spain, said: “But we wanted to determine whether they do so independently or whether there is a temporary overlap with other senses.

“This new study provides fascinating data on how the senses are segregated in the first days of life.”

The study found for the first time that during embryonic development a tactile stimulus triggers the expected response in the primary somatosensory cortex.

This is one of the areas of the brain that deals with the sense of touch. But, surprisingly, it also gives rise to a response in the primary visual cortex of both hemispheres of the brain.

Co-author Teresa Guillamon-Vivancos said: “This multimodal – that is, encompassing more than one sense – response was observed in mouse embryos tested on the last day of gestation, but disappeared with birth.

“We then tested whether the disappearance of this multimodal response could be related to the arrival of signals from the retina to the cerebral cortex and other brain structures.

“Our data show somatosensory and visual circuits are not secreted by default, but require the arrival of activity waves from the retina to do so.”

The fundamental sensory process happens during a window of time close to birth – in the superior colliculus.

It was likened to trains going off in different directions on a track, with the senses following different pathways.

The change is facilitated by waves in the retina – which act as railroads that direct the stimuli of each sensory modality to the corresponding cortex, so that we can perceive them separately.

In fact, blocking these retinal waves prolongs the intermixed configuration of the senses after birth.

It results in the superior colliculus retaining a mixed tactile-visual identity – and defects in the spatial organization of the visual system arise.

It improves understanding of the function of retinal activity waves by revealing their decisive role in the acquisition of senses.

Another important discovery is the limited period for the segregation of visual from somatosensory systems. Any delay will lead to long-lasting changes in eyesight.

“Our results highlight the ontogenetic perspective, where the superior colliculus exerts master control during the early stages of organismal development over cortical specification and configuration of visual circuits.

“Therefore, we believe that a deeper understanding of the functional development of phylogenetically ancient structures is crucial to understand how the cerebral cortex forms and specifies its functional areas,” Lopez-Bendito added.