The incident occurred on Turkey's southern shore, near the city of Izmir.
By Michael Leidig August 19, 2022
Facebook
Twitter
Linkedin
Email 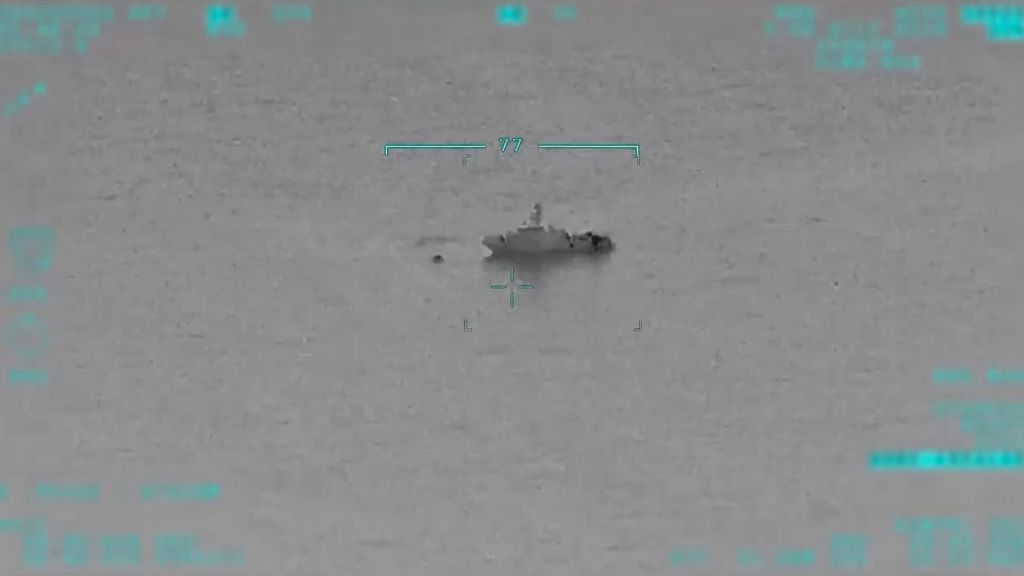 Greece pushes illegal immigrants back to Turkey on inflatable boats Tuesday, Aug. 16, 2022. The situation was immediately reported to the Turkish Coast Guard, which rescued the irregular migrants. (@tcsavunma/Zenger)

This video footage captured by a drone shows the moment a Greek coastguard boat allegedly pushes illegal immigrants onto an inflatable watercraft back into Turkish waters before abandoning them.

Footage then shows the Turkish coastguard turning up in order to rescue the migrants from the dangerous situation in the Aegean Sea that lies between the two NATO allies.

The incident occurred on Turkey’s southern shore, near the city of Izmir.

It shows what Turkish officials claim is the Greek coastguard boat, which can be seen pushing the inflatable as it turns around and then heads back, leaving the people there abandoned.

Later the Turkish coastguard turned up and the migrants can be seen climbing on board the boat to safety.

In a statement, the Turkish Defense Ministry said: “On August 16, 2022, a Turkish Navy UAV detected illegal immigrants being transferred to an inflatable boat and pushed back towards Turkish territorial waters by the Greek Coast Guard in the north of Karaburun, Izmir.

“The situation was immediately reported to the Turkish Coast Guard which rescued the migrants.”

The officials also shared the accompanying footage of the operation.

It is the latest twist in a region where Turkey has become a major crossing point for asylum seekers looking to start a new life in Europe.

Ankara has been a vocal critic of what it describes as illegal practices by Greek officials to deter migrants, which they say violate the human rights of those involved, and international law.

In June it was reported that Greece had decided the extend the length of the border fence with Turkey to stop illegal migrants trying to enter the country.

It comes as this year has seen an increased number of refugees heading to Greece as a stepping stone into Europe.

And while Turkey accuses Greece of illegally forcing migrants back, Greece has claimed that the Turkish are deliberately driving illegal immigrants over the border.

When plans to extend the wall were revealed Greek Migration Minister Notis Mitarachi said: “There is a clear attempt by Turkey to instrumentalize migrants in creating a crisis with Greece.”

And last month Greece complained to the EU Commission and the European Border and Coast Guard Agency, known as FRONTEX, and demanded the immediate return to Turkey of 1,908 rejected asylum seekers living on the Aegean islands.

Greece claims that Turkey has been blocking the return of people not eligible for asylum for the past 17 months in contravention of the 2016 EU-Turkey Statement on migration.

The Statement provides that people who entered Greece from Turkey after March 20, 2016, are not entitled to international protection and will have to return to Turkey.

While Greece and Turkey are both founding members of NATO, they share a contentious history. The Ottoman Empire that preceded the establishment of modern Turkey once ruled Greece and the rest of the Balkan countries. The Greek War of Independence in the early 1800s was bloody, and subsequent border disputes have been perennial.

Greeks also recall the massacre of Greek and Armenian Christians by Turks in the early years of the 1900s that coined the term ‘genocide.’