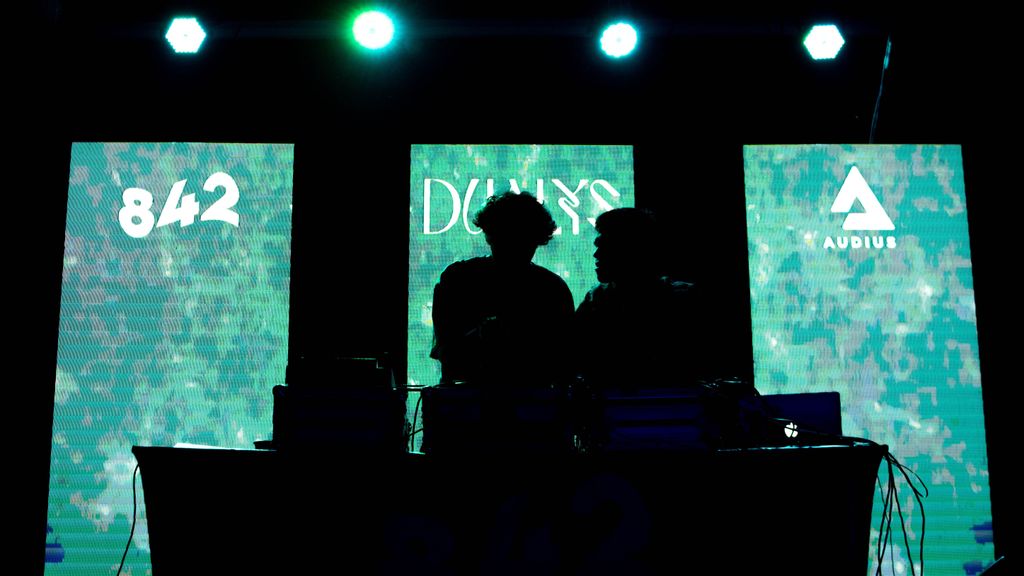 Audius artists perform at a small arts festival in Chile around NFTs. (Courtesy of @842collective, @goininside and @showmelights from Audius.)

Creatives, ranging from artists to musicians to podcasters, have enjoyed a renaissance over the past decade with the rise of social media and other digital tools. But apart from those who go viral, making a living wage as a creative is not easy— until now.

Non-fungible tokens (NFTs) have provided a way for creatives to connect directly with their fans, reducing their dependence on intermediaries. For the first time ever, creatives can now sell NFTs on Shopify – one of the largest digital e-commerce platforms – through Single, a Solana blockchain, music, and video company.

NFTs surged in salience in 2021 with $40 billion in sales and surpassed that with $42 billion in 2022 despite the “crypto winter,” according to analysis by Chainanalysis.

Many creators, ranging from musicians to YouTube influencers, often create merchandise as a way of building community. But managing inventory and sourcing supplies is a full-time job on its own. Since 2006, Shopify has served as a pillar in the creative economy, allowing them to connect their fans with merchandise without taking on the burden of all the logistics that come with the territory.

“More than 50 million individuals worldwide are creators online, and more than two million of those people are using their creativity to make a full time living, but there’s still a massively fragmented ecosystem when you look at the tools available for creatives, artists and musicians to reach fans with their art and make a living at the same time,” said Tommy Stalknecht, founder and CEO of Single.

The release of tokengating content and commerce on the Single app allows creators to upload any file into the Single Platform and mint it as an NFT on the Solana blockchain, instantly appearing in their Shopify storefront for purchase alongside traditional merchandise. “It shouldn’t be any more difficult for anyone to collect digital merchandise as it is physical, so we want to make sure that people can purchase NFTs just as easily, creating an instant value to fans,” Stalknecht said.

Web3 natives often refer to NFTs holding “utility,” or benefits apart from the intrinsic value of the NFT. But creators have had limited tools to provide utility, making it difficult to tape into all the benefits of the Web3 economy. The announcement by Single is a game-changer. Now, a musician who mints a music NFT and sells it to fans not only creates immediate value (i.e., the music), but also additional benefits, for instance, perks on store merchandise.

Other Web3 companies are also leading the way to empower the creative economy. Audius offers artists the opportunity to earn revenue on their streams. And unlike Spotify and traditional streaming services, artists keep 90% of the revenue they earn and receive rewards from the $AUDIO token.

“Direct engagement and commerce between artists and their fans, and the significant revenues this can bring, are upending the business of music as we know it today,” said Roneil Rumburg, CEO and co-founder of Audius. “This year, the Audius community is focused on fleshing out the tools available for artists on the platform to offer new types of paid products and experiences directly to their fans,” Rumburg said.

The shift means that creators will have a direct way of generating revenue, connecting wIth fans via Web3 technology, and increasing their own independence.