“Our latest discoveries of blossoms and pollen will help us find out more about the flora in the Eocene epoch.”
By Thomas Hochwarter August 19, 2022
Facebook
Twitter
Linkedin
Email 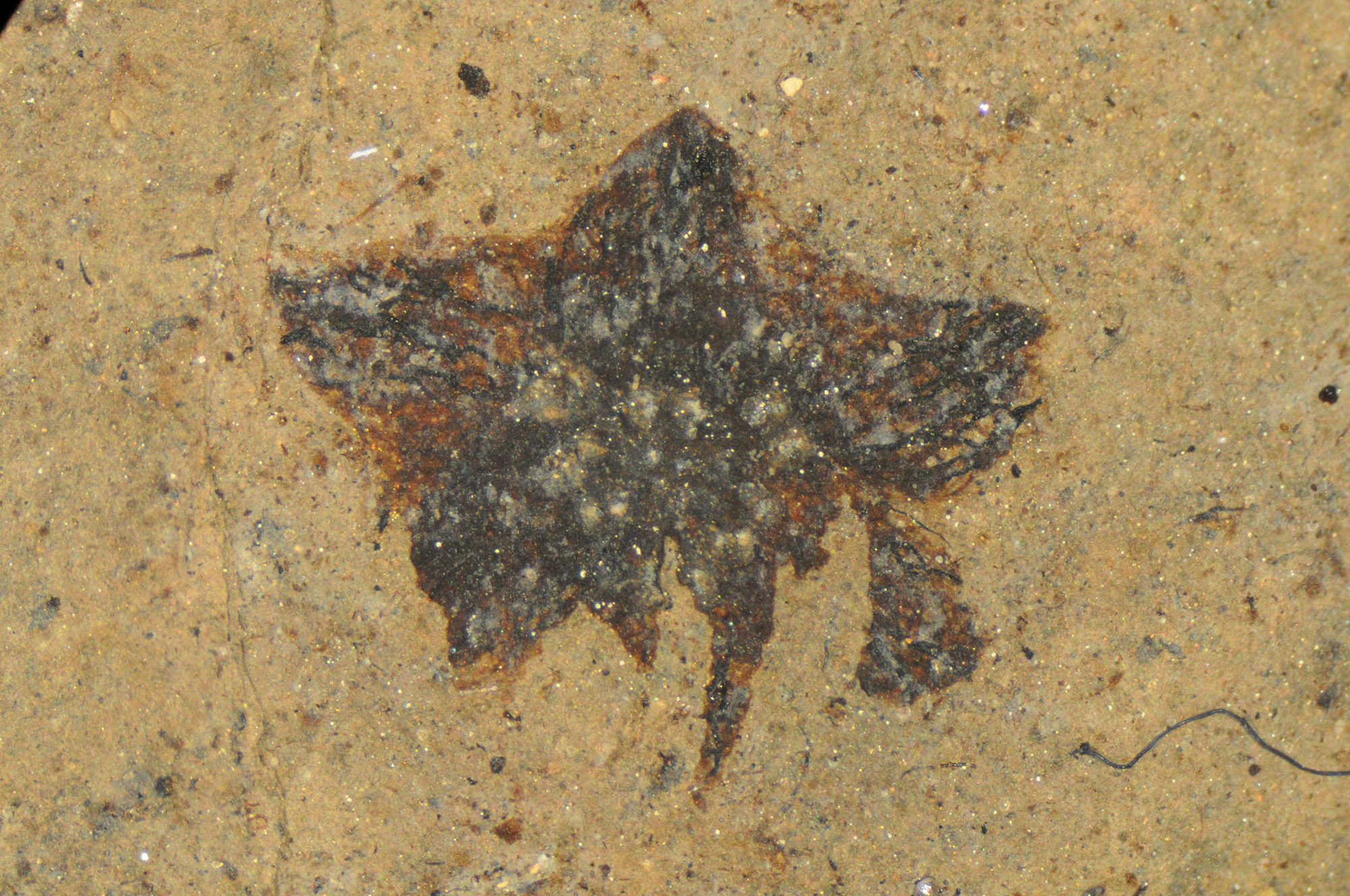 Photo shows an unusually large number of well-preserved blossoms that were recovered in the first weeks of excavations in the Messel pit in Germany, undated photo. Prof. Dr Dieter Uhl states that blossoms are generally only sporadically recorded in fossils. (Senckenberg/Zenger)

Scientists in Germany are optimistic about finding out more about ancient ecosystems after discovering pollen in a fossilized beetle that lived around 50 million years ago.

The insect has been unearthed at the Messel Pit, a scientific excavation site located at a disused ore and oil shale quarry in the central German state of Hesse.

It inhabited the area 47.5 million years ago, according to a statement by the Frankfurt-based Senckenberg Society for Natural Research.

Sonja Wedmann is in charge of the research project at Messel Pit.

She praised the discovery as a “sensation.”

Wedmann – who heads the Senckenberg Society’s Palaeoentomology department – explained: “We have been able to carefully extract samples of the bright yellow pollen from the bug’s gut.

“I’m optimistic that our current cooperation with Vienna University will result in a conclusive analysis of the particles.”

Wedmann underlined that managing to find out more about what exactly the beetle had been feeding on would be a “sensational” step forward.

Wedmann said: “Being able to determine the insect’s diet would offer a unique insight into a long-gone ecosystem.”

Professor Dieter Uhl added: “Our latest discoveries of blossoms and pollen will help us find out more about the flora in the Eocene epoch. This is a fantastic outlook.”

The Eocene is a geological epoch that lasted from about 56 to 33.9 million years ago. It is the second of three periods of the Paleogene.

The Eocene’s name derives from the Ancient Greek terms for ‘new’ and ‘dawn’ and refers to the fauna that first appeared during the epoch.

More than 1,100 fossils have been secured at the Messel Pit since the start of scientific excavation around 50 years ago.

The first discovery of a fossil dates back to 1876 when workers discovered the skeleton of an alligator.

The quarry is located around six miles northeast of Darmstadt and 19 miles south of Frankfurt.

The unoccupied quarry was declared a UNESCO World Heritage Site in 1995 due to the outstanding quality and range of fossils which had been unearthed there.

Rising interest by the public in the location has resulted in the construction of an information and visitors center.

Up to 40,000 annual visitors have been registered ever since its opening in 2010.

The Senckenberg Society for Natural Research was founded in Frankfurt in 1817. It is part of the Leibniz Society.

The organization has been carrying out fossil excavation research at the Messel Pit since 1975.