“Bees are of great importance to all of us. Their activities are a crucial element of biodiversity. “
By Thomas Hochwarter August 19, 2022
Facebook
Twitter
Linkedin
Email 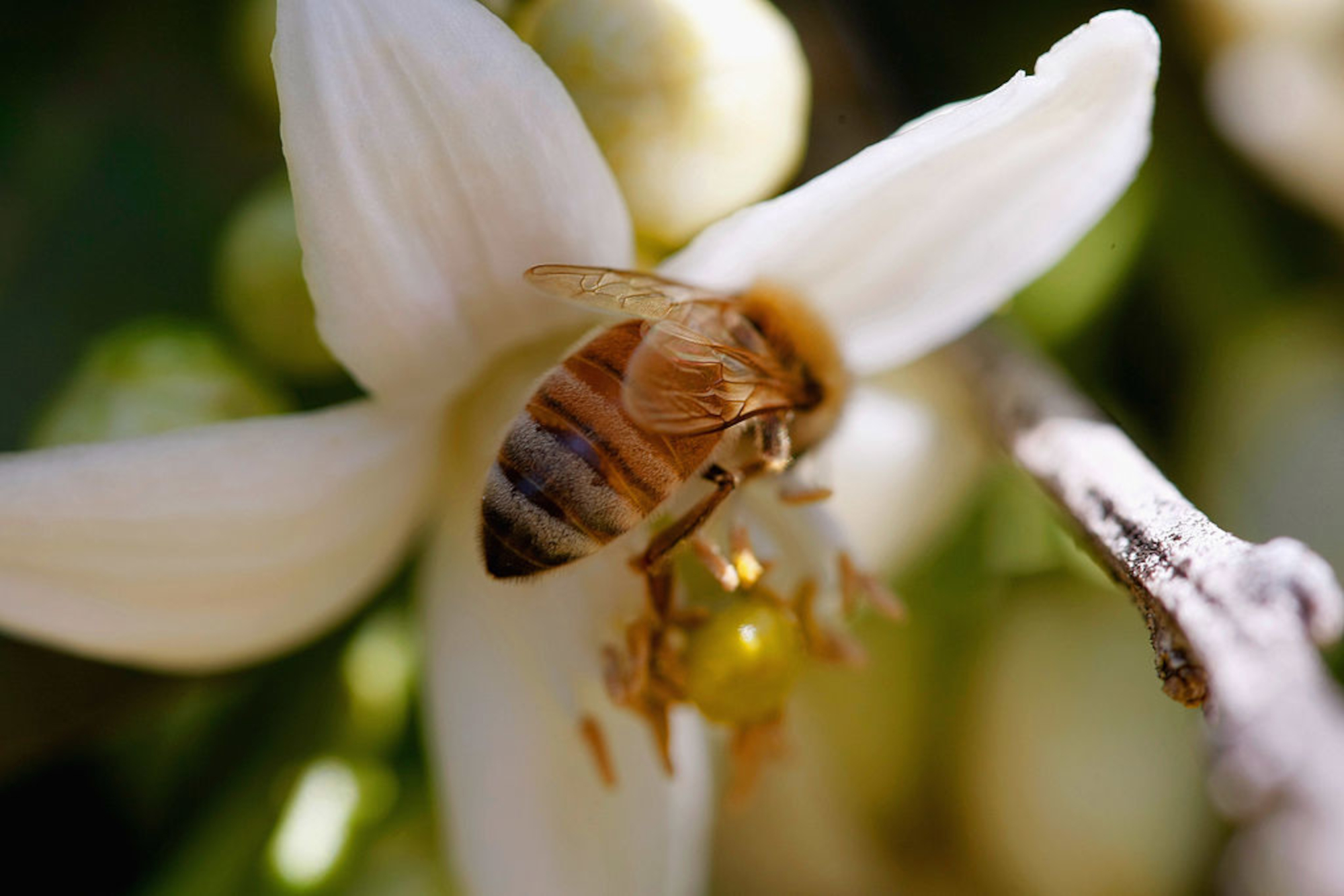 A honeybee pollinates a flower in a citrus grove just coming into blossom at the start of spring March 26, 2009 in Moshav Adanim in central Israel. (Photo by David Silverman/Getty Images)

City officials in Austria are offering financial support for anyone taking up beekeeping in a bid to improve the region’s ecosystem.

The council of Villach, in the southern province of Carinthia, has agreed to boost beekeeping newcomers with 100 euros ($101).

Attending a lecture is the only requirement to qualify for the cash, according to Sarah Katholnig, the vice mayor of Villach.

Katholnig said: “Bees are of great importance to all of us. Their activities are a crucial element of biodiversity.

“We must not forget that their well-being is under enormous threat these days.

“Sustainability and the protection of the climate are cornerstones of our city’s principles.”

The vice mayor added: “We have decided to support anyone new to beekeeping with 100 euros. All they have to do is attend the four-unit lecture we are offering.”

Katholnig said the council was optimistic that the pecuniary incentive would further increase the interest in beekeeping among residents.

The vice mayor underlined that the city would continue to give out its annual pollinating bonus of 10 euros ($10.15) per hive.

Last year, the Villach council agreed with the local beekeeping association on setting up hives on city premises.

Villach – which has 64,000 residents – is the seventh-largest city in Austria. It is located 23 kilometers (14 miles) from the Austrian-Italian border.

There are 33,327 beekeepers in Austria, of which the vast majority are hobbyists.

The Federal Ministry for Agriculture recently announced that the number of colonies soared from 426,000 in 2020 to 456,000 in the following year.

Agriculture Minister Norbert Totschnig of the conservative People’s Party said: “These figures underline that we are on the right track.

“Bees are essential to the state our environment is in. Their pollinating is crucial to the production of foodstuff in our country.”

Most colonies of bees are situated in Upper Austria, Lower Austria and Styria, according to statistics provided by the ministry.

Around 4,100 tonnes of honey have been produced by beekeepers across Austria in the 2020/2021 business year.

Disease and pests like the varroa mite, as well as excessive usage of insecticides and construction projects are the most significant threats to their existence.

«Previous Post
Dads Are The Most Generous Family Member, According To Research»Next Post
Ancient Pollen Found In Fossilized Beetle In Germany