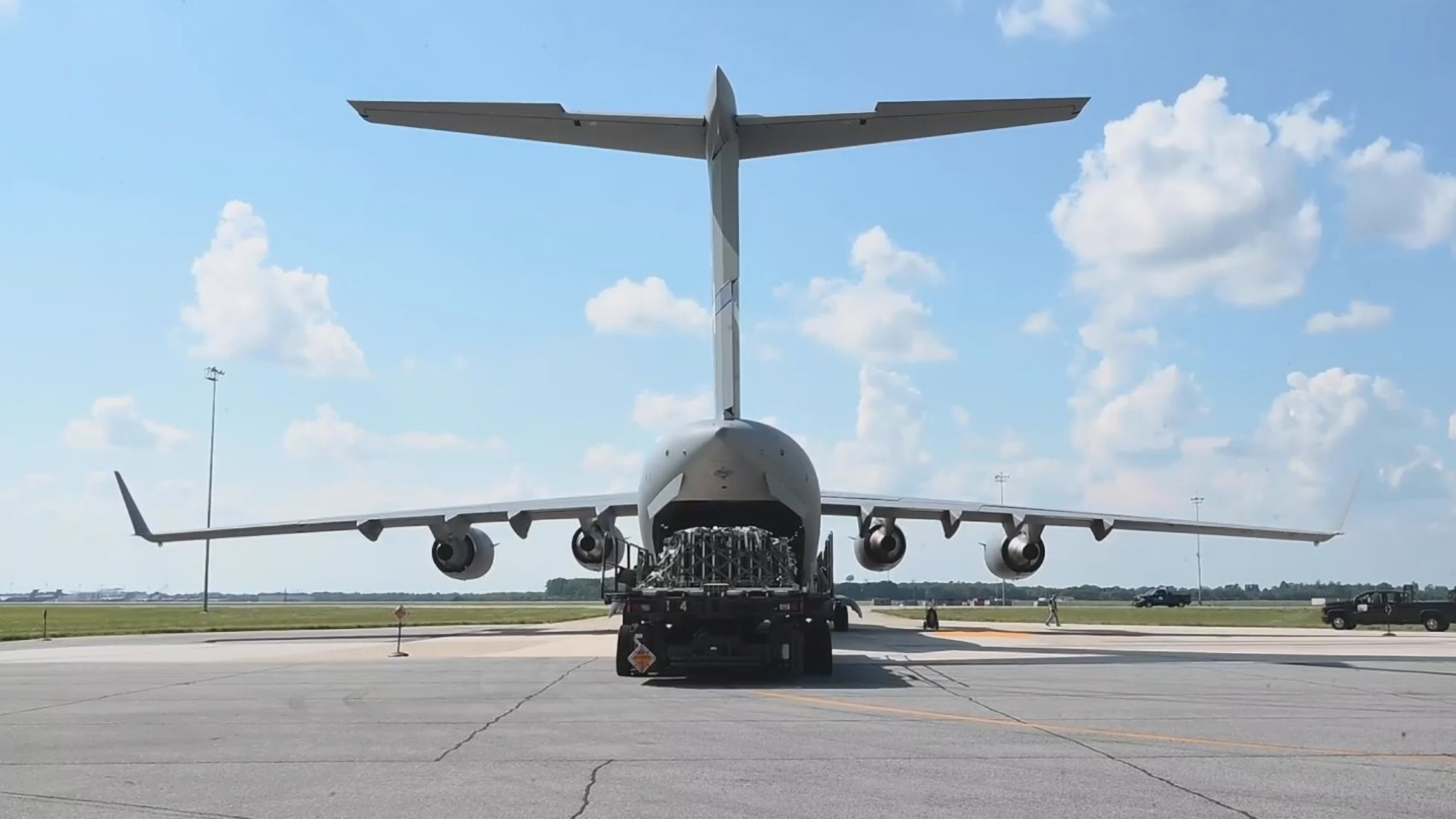 American Boeing C-17 Globemaster III stands near palletized explosives for Ukraine during a security assistance mission at Dover Air Force Base, Delaware, USA in an undated footage. Since 2014, the United States has committed more than $11.8 billion in security assistance to Ukraine. (@DeptofDefense/Zenger)

This footage shows U.S. airmen in Delaware loading pallets of explosives onto a military plane destined for Ukraine.

The video shows the C-17 Globemaster III aircraft on the tarmac in the United States while U.S. military personnel load pallets of ordnance onto it.

Over a dozen pallets of weaponry can be seen inside the aircraft before the footage ends.

“The United States has continued to reaffirm our unwavering support for Ukraine’s sovereignty and territorial integrity.

“Since 2014, the United States has committed more than $11.8 billion in security assistance to Ukraine.”

The U.S. DoD also said that the explosives were “bound for Ukraine”.

Zenger News contacted the U.S. Department of Defense for further comment, as well as the Russian and Ukrainian Ministries of Defense, but had not received a reply at the time of writing.