The teen is set to return to his starting point in Bulgaria - and complete his mission - on Wednesday, August 24.
By Simona Kitanovska August 18, 2022
Facebook
Twitter
Linkedin
Email 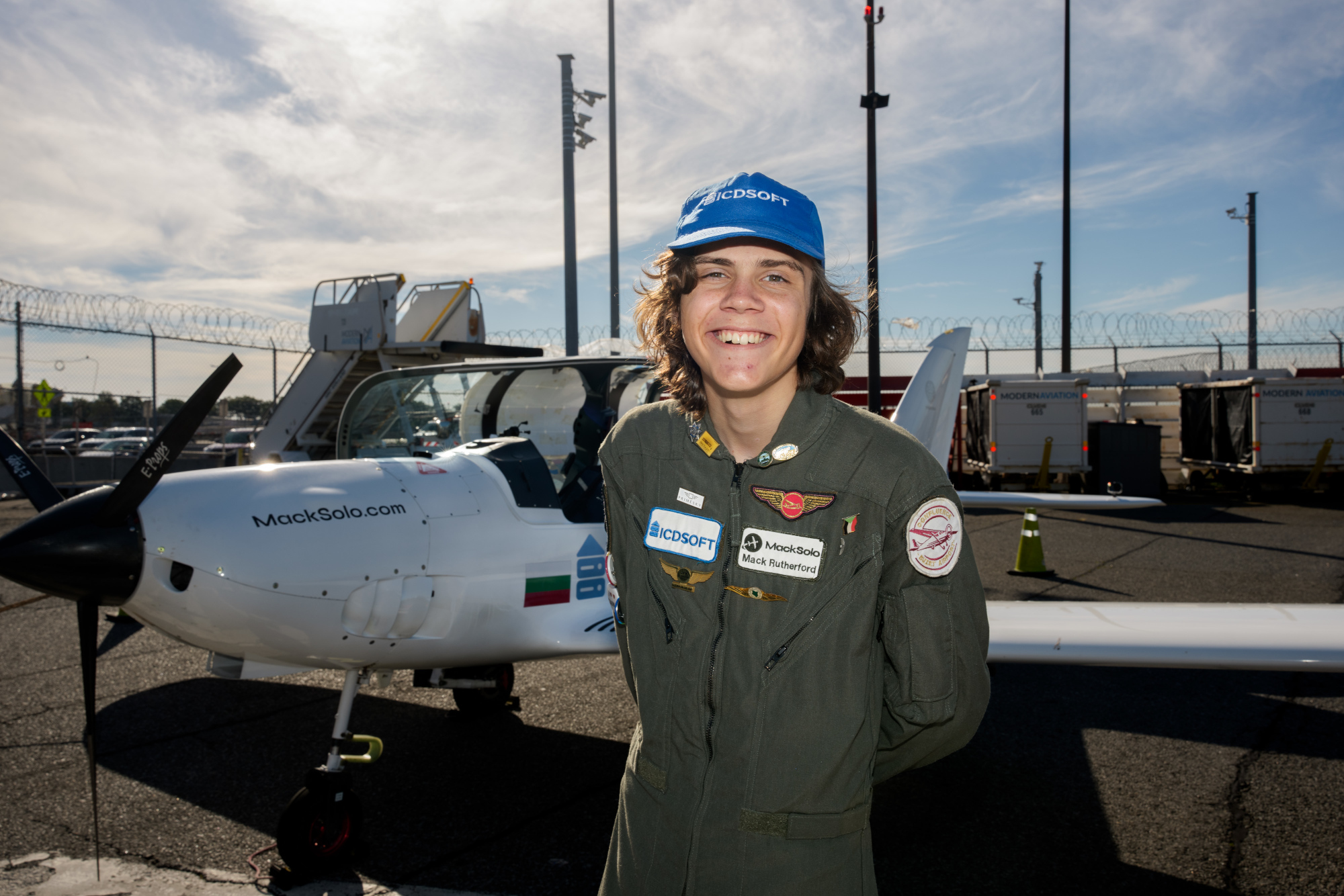 A British boy, 16, is nearing the final leg of his five-month adventure to become the youngest person to fly around the world solo.

Mack (CORR) Rutherford set off on the daredevil mission from an air base in Sofia, Bulgaria in March.

If successful, he will clinch a Guinness World record currently held by fellow Brit Travis Ludlow, who was 18 when he completed the mission last year.

His sister Zara Rutherford, 19, became the youngest woman to fly around the world solo when she finished a similar mission earlier this year and still holds the title.

He is currently in New York, setting off from JFK Airport on August 16 and will land in the U.K. at Biggin Hill Airport, Westerham, on Monday, August 22.

The teen is set to return to his starting point in Bulgaria – and complete his mission – on Wednesday, August 24.

Over his five-month trip, Rutherford headed from Bulgaria to Cagliari in Sardinia, on to Africa, visiting Congo, Madagascar and Mauritius.

He then headed north to UAE, to India, China, South Korea and Japan, before flying to Alaska and continuing along the west coast of America to Mexico.

Rutherford then flew north again along the east coast to Canada, crossing the Atlantic, and will now be stopping in Iceland before the U.K.

Throughout his trip, Rutherford has faced sandstorms in Sudan, Dubai’s extreme heat, airport closures in India and electrical failures in the system which pumps his reserve fuel to the aircraft’s main tanks.

Rutherford, who attends boarding school in Dorset, and has dual British-Belgian nationality, was born in a family of aviators.

His father Sam is a professional ferry pilot, his mother Beatrice is a private pilot.

Rutherford, who lives on the outskirts of Brussels, Belgium, said: “I have been fortunate to have had a family that has been able to help me progress in my flying.

”But no matter what background you have I believe it is never too early to work towards your dreams and you shouldn’t limit yourself by others’ expectations.”

Rutherford has wanted to be a pilot since age three and qualified for his pilot license in September 2020.

At the time, this made him the youngest pilot in the world, aged 15 years and two months.

Rutherford has flown hundreds of hours with his dad, who is a professional pilot. The flights included two Trans-Atlantic crossings.

Since he became a pilot, he has been planning his solo flight around the globe.

Upon completing his adventure, Rutherford will become the youngest person who circumnavigated the world solo in an aircraft.

This title is held currently by Travis Ludlow who was 18 at the completion of his attempt last year.

Rutherford will also become the youngest person to circumnavigate the world in a microlight, the title held currently by his sister.

Just like her, Rutherford has been flying a Shark – a high-performance ultralight aircraft manufactured in Europe.

It is one of the fastest ultralight aircraft in the world with a cruising speed reaching 186 miles per hour.

The aircraft had been specially prepared for such a long journey and ICDSoft, a hosting company and Rutherford’s main sponsor, has very kindly loaned him the plane for the attempt.