“They seem to be on a similar symptom spectrum, so we wanted to look for common signatures or patterns in the brain.”
By Alice Amelia Thomas August 18, 2022
Facebook
Twitter
Linkedin
Email 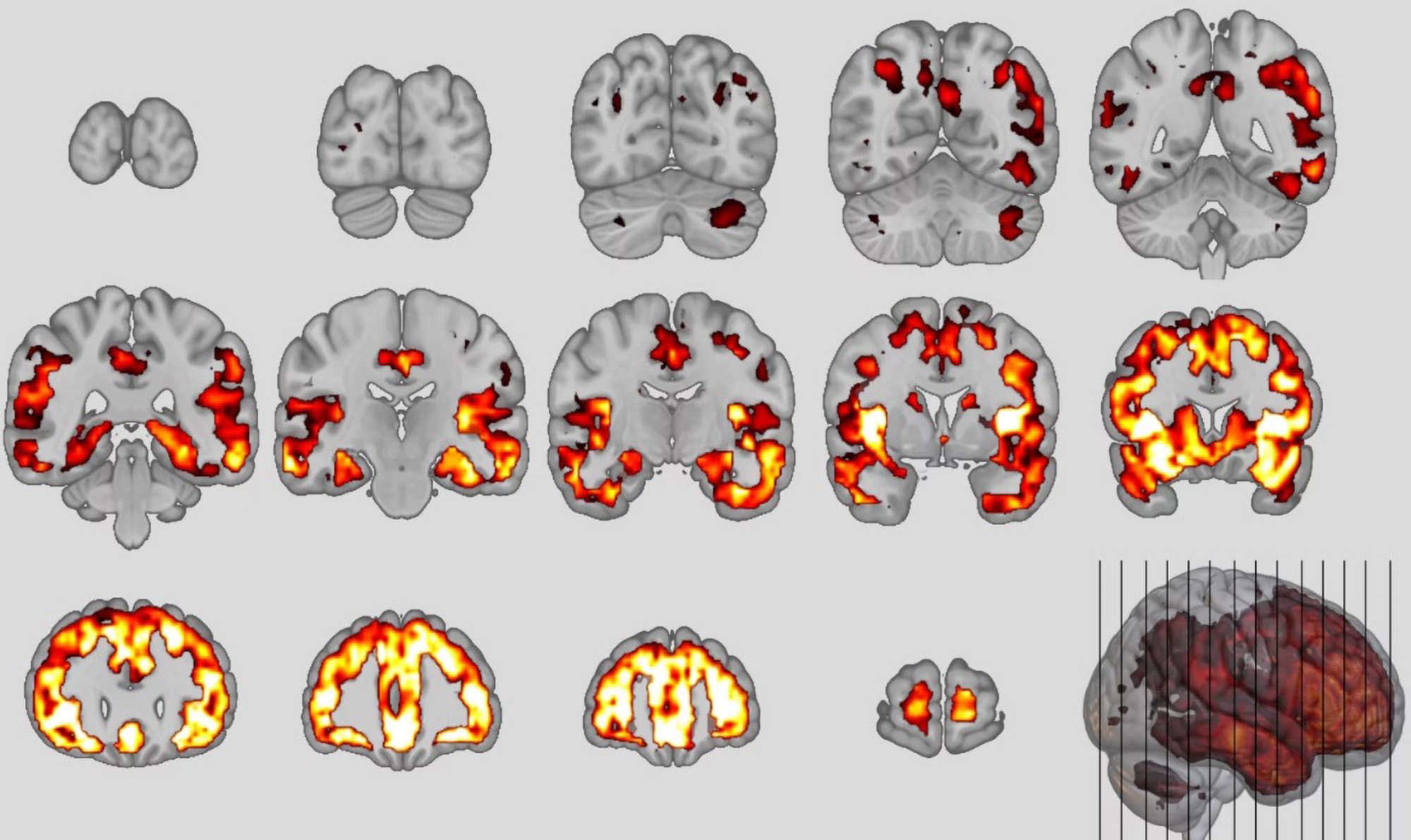 Illustration shows neuroanatomical patterns of the behavioral variant of frontotemporal dementia in an undated photo. Researchers from the Max Planck Institute for Human Cognitive and Brain Sciences discovered similarities between schizophrenia and dementia as reported on Aug. 4, 2022. (Nikos Koutsouleris/Zenger)

New research has found a link between dementia and schizophrenia that has confirmed a theory that is more than 120 years old and was previously refuted by the scientific community.

‘Dementia praecox’ is a term that was popularized in 1899 by Emil Kraepelin, founder of the psychiatric hospital of the Ludwig Maximilian University in Munich (LMU) and the Max Planck Institute for Psychiatry (MPI).

The term was used to define young adults who progressively disengage from society and end up in a permanent, dementia-like state.

The concept fell out of use and was replaced by the term, ‘schizophrenia’ in the 1920s and 1930s as only 25 percent of affected patients displayed this type of degenerative progression.

One of the main differences between the two concepts is that the prognosis for dementia praecox is poor while schizophrenia is considered a more positive diagnosis as many schizophrenic patients get back on their feet.

Kraepelin developed the idea of a frontotemporal disease after concluding that the reason why some patients are weakened irreversibly is found in the frontal and temporal lobe areas of the brain where empathy, social behavior and personality are managed.

Researcher and physician Nikolaos Koutsouleris said: “But this idea was lost as no pathological evidence for neurodegenerative processes seen in Alzheimer’s Disease was found in the brains of these patients.”

He continued: “Ever since I became a psychiatrist, I wanted to work on this question.

The researcher, who works at the LMU, joined forces with Matthias Schroeter, who studies frontotemporal dementias (FTD ) and neurodegenerative diseases at the MPI.

The pair went on to compare schizophrenia and frontotemporal dementia for the first time using data collected from 1,870 people from January 1996 to July 2019 went on to analyze their findings between April 2020 and April 2022.

Both disorders are found in the frontal and temporal and lobe regions of the brain and FTD is often misdiagnosed as schizophrenia in the early stages as in both groups, personality and behavioral changes are observed.

Koutsouleris explained: “They seem to be on a similar symptom spectrum, so we wanted to look for common signatures or patterns in the brain.”

Using artificial intelligence, the researchers trained neuroanatomical classifiers of the two disorders and applied them to participants’ brain data.

They found that 41 percent of schizophrenia patients met the classifiers criteria for the behavioral variant (bvFTD) of frontotemporal dementia in results published by the MPI on August 4, 2022.

The team also found that the higher the patients’ bvFTD score, the less likely their symptoms were to improve over the following years.

The researchers added: “Finally, our study showed that young patients with poor functional outcomes exhibited these brain patterns excessively over time, consistent with Kraepelin’s early concept of insanity as a progressive frontotemporal disorder.”

This means that experts will more easily predict which subgroup a schizophrenia sufferer might belong to in the future.

Koutsouleris said: “Then intensive therapeutic support can be initiated at an early stage to exploit any remaining recovery potential.”