Septuagenarian Grandpa Takes Down Violent Thugs When Cops Are Unresponsive

"At my age I shouldn't be forced to take the law into my own hands - especially after having a heart attack"
By Simona Kitanovska August 18, 2022
Facebook
Twitter
Linkedin
Email 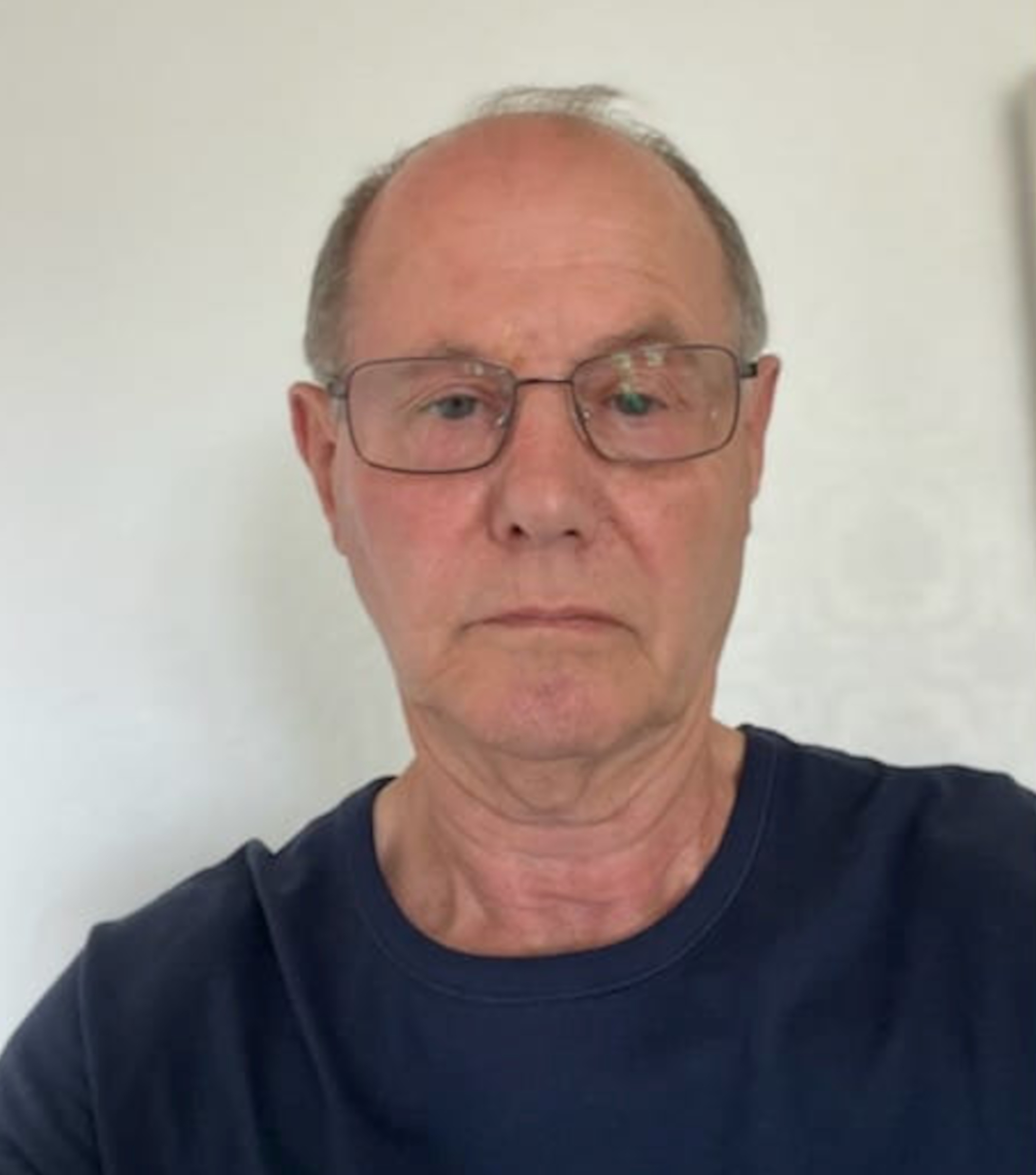 Roy Muller poses in an undated photo. Dramatic doorbell footage captures the moment Muller bravely wrestled with armed thugs on the driveway of his home after being tormented by yobs for months outside his property in Great Barr, Birmingham, in the U.K. on August 11, 2022. (Matthew Newby, SWNS/Zenger)

Dramatic doorbell video footage captures the moment a grandfather bravely wrestled with armed aggressors on the driveway of his home after being tormented by thugs for months.

Roy Muller, 76, was struck with a weapon and repeatedly punched and kicked as he tried to detain a masked youth outside his property on Thursday, August 11.

The grandfather-of-nine said on Monday, August 15, that he has been forced to defend his home after being plagued by gangs in Great Barr, Birmingham, England, since October.

Muller, who lives alone and suffered a heart attack last year, says police have failed to act despite being targeted by up to 14 youths on a daily basis.

Shocking video captured the latest incident unfold as the pensioner went to try and tackle a thug as he approached his semi-detached house.

The retired municipal worker can be seen grappling with the lad as he is struck with what he believes was a metal chain or dog lead.

Muller was then repeatedly punched and kicked as a friend of the youth runs down the road to help before they both make their escape on foot.

The retiree then picked up his glasses which were sent flying from his head during the scuffle and returns into the house where has lived for nearly 50 years.

Muller now says he is too scared to leave his home and has written to West Midlands Police’s Chief Constable Sir David Thompson in a last-ditch plea for help.

He said: “At my age I shouldn’t be forced to take the law into my own hands – especially after having a heart attack – but I don’t know what else to do.

“The police just don’t seem interested. It has slowly escalated and I’m worried what is going to happen next.

“It began with them just banging on the doors, they shout abuse and trample my garden. They throw stones at my house. It’s all a laugh to them.

“On this occasion I saw them coming and thought I’d try and detain them for the police, but it was a silly idea because they were armed.

“They had a metal chain or a dog lead that they hit me with, luckily I wasn’t too badly hurt.

“I had a cut to my ear, some bruises and a few aches and pains, but nothing I can’t deal with

“I just thought they can’t keep getting away with this and I wanted to defend my home.”

“The police have been today but say because they are wearing masks they have pretty much no chance of catching them.

“But somebody must recognize them. All the police ever do is come and record it and go away.

“They even said to me, be careful what I do in future because it could me that ends up getting into trouble. All I’m doing it trying to protect my home.

“The police say ignore them, but they need to sort them out because its giving them the message they can get away with his behavior.

“I’m scared to go out now and I’m constantly checking my CCTV or looking out my window. The stress is not good for me.

“This used to be a nice area but the place is going downhill. There’s been up to 14 of them outside my home at one point. Sometimes they come on electric scooters

“I don’t know why they have singled me out. I am just concerned that its building up to something worse.

“The longest time I’ve been without trouble for is a month, now it can be every day and I don’t know where to turn. It’s just getting worse and worse.

“It can be twice a day so I’ve written to the chief constable pleading for help. I don’t think I’m a person who is easily intimidated but its gotten out of hand.

“I’ve not had a reply which is quite disappointing but I just need the police to catch these guys.”

In his letter to the Chief Constable, Muller wrote: “Please Please Please help me I just cannot go on like this.

“These thugs know they have the law on their side if I tackle them as they have quoted this to me.

“I am a 76-year-old male who recently suffered a heart attack and this is affecting my quality of life and if I give chase it may cause a further heart attack,who knows.

A spokesman for West Midlands Police said: “We’re investigating after receiving reports of a man in his 70s being the victim of assault and harassment in Great Barr.

“We fully understand how distressing this is and are looking to safeguard the man while progressing inquiries to establish those responsible.

“Officers from the local neighborhood policing team are aware of ongoing anti-social behavior and are routinely monitoring the area as part of their patrols strategy.

“We take all allegations of harassment incredibly seriously, and we are committed to ensuring the safety of our community.