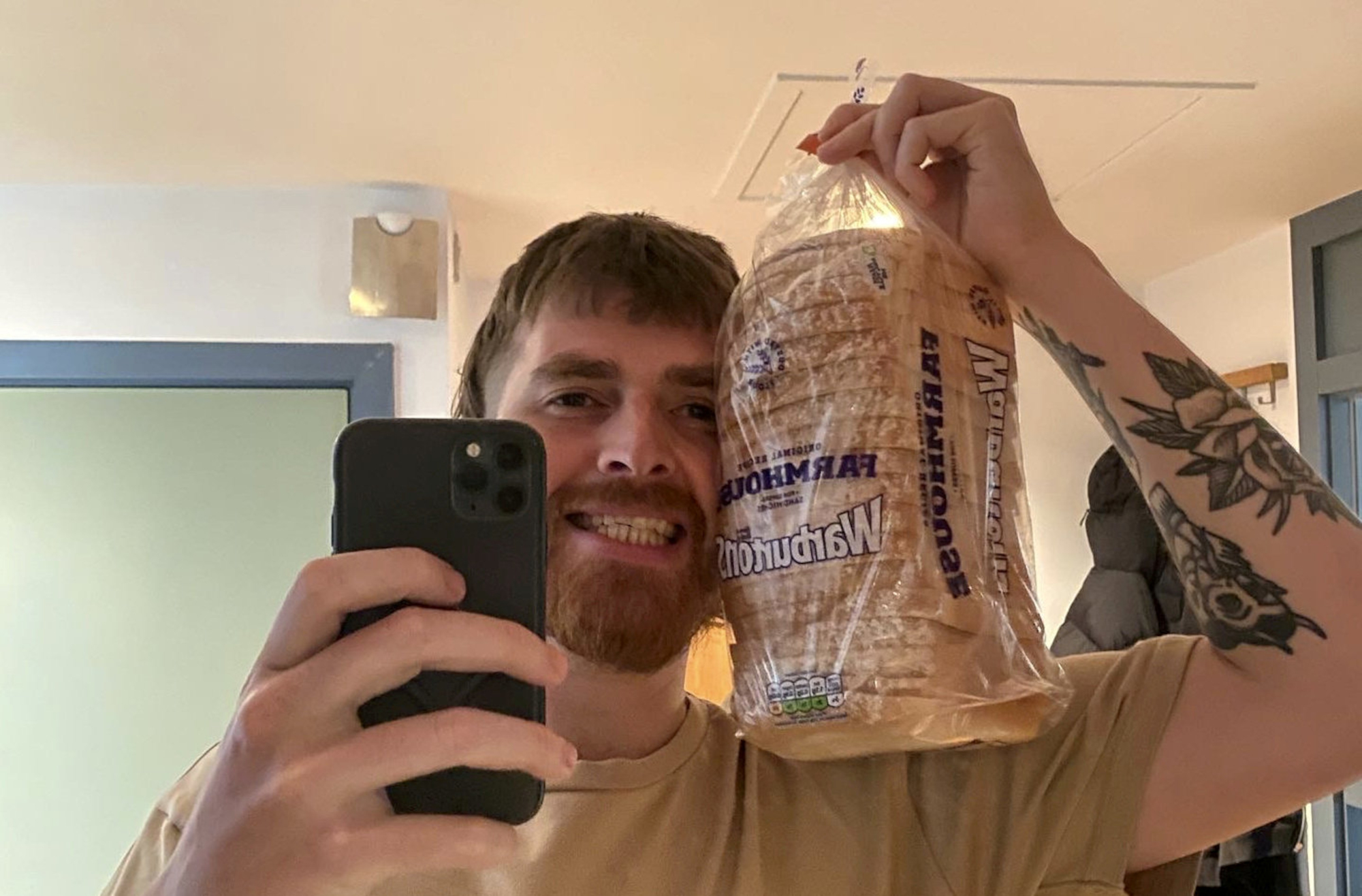 Christopher Gribben, who claims is the 'king of sandwiches' poses in an undated photo. Gribben tastes utterly bizarre combinations - like Pot Noodle and Doritos - and has never been afraid to experiment with unusual flavors. (Christopher Gribbin,SWNS/Zenger)

Meet the self-proclaimed ‘king of sandwiches’ who tastes utterly bizarre combinations – like Pot Noodle and Doritos – so you never have to.

Christopher Gribben, 28, has always loved making sandwiches – his favorite meal – and has never been afraid to experiment with unusual flavors.

He uploaded a simple video of himself making a “run-of-the-mill chip butty” last year and it “went mad”.

Overwhelmed at the attention, his girlfriend Georgia, 24, encouraged him to keep uploading videos and his fan base grew.

Gribben experiments with different flavors in the kitchen and some of his ‘tastiest’ unlikely combinations include a Bombay Badboy Pot Noodle and Doritos.

Another favorite is spaghetti Bolognese and meatballs, and salt and vinegar Pringles with mayonnaise and sriracha sauce.

Another favorite is chicken Kiev, fries, beans and cheese.

Gribben says he uses basic food science to create his sandwiches and never spends any time beforehand thinking up the combinations.

The creative director has even attracted the attention of celebrities including Oli Sykes from the band Bring Me The Horizon.

He says: “One sandwich a day keeps the doctor away.”

He added: “I was obsessed with food TikTok as a young child and spent hours watching Action Bronson’s F**k That’s Delicious.

“I have never made a bad sandwich – all it takes is a basic knowledge of food to put together a banging creation.

“Growing up I ate very standard sarnies such as ham and cheese, jam and tuna and sweetcorn.

“One day I uploaded myself making a run-of-the-mill chip butty and it just went mad.

“Sandwiches are a staple in everyone’s lives. I think that’s why everyone loves my videos so much.

“Warburtons even got in touch as they were so impressed.

“They sent me loads of bread and said welcome to the family.

“One day I’d like to create a sandwich empire.

“I’ve always loved food, but I definitely wouldn’t call myself a chef, I just love cooking.

“My potato smiley face sandwich with baked beans was so popular, even Oli Sykes from Bring me the Horizon commented ‘I’m making this with pickled onion space raiders and hash browns’.”

Gribben started documenting the sandwiches he makes on TikTok in March 2021.

He said: “One of my most controversial concoctions was a chicken Kiev, chips beans and cheese combination.

“I have a unique twist on the classic crisp sandwich and swap out classic flavors for Thai sweet chili crisps, sriracha sauce and cheese to give it a kick.

“My ultimate hangover cure one is three slices of white toast slathered with mayonnaise and stacked to the brim with turkey dinosaurs, hash browns, beans, cheese and ketchup and I add a touch of class to beige British staples with my blowtorch to toast them slightly.”

The most controversial tip from the bread-lover is to avoid marmite, a popular British savory food spread made from by-products of beer brewing.

Gribben spent his childhood fascinated with YouTube food and travel accounts and hopes one day he will be able to take his sandwiches worldwide in a food truck.