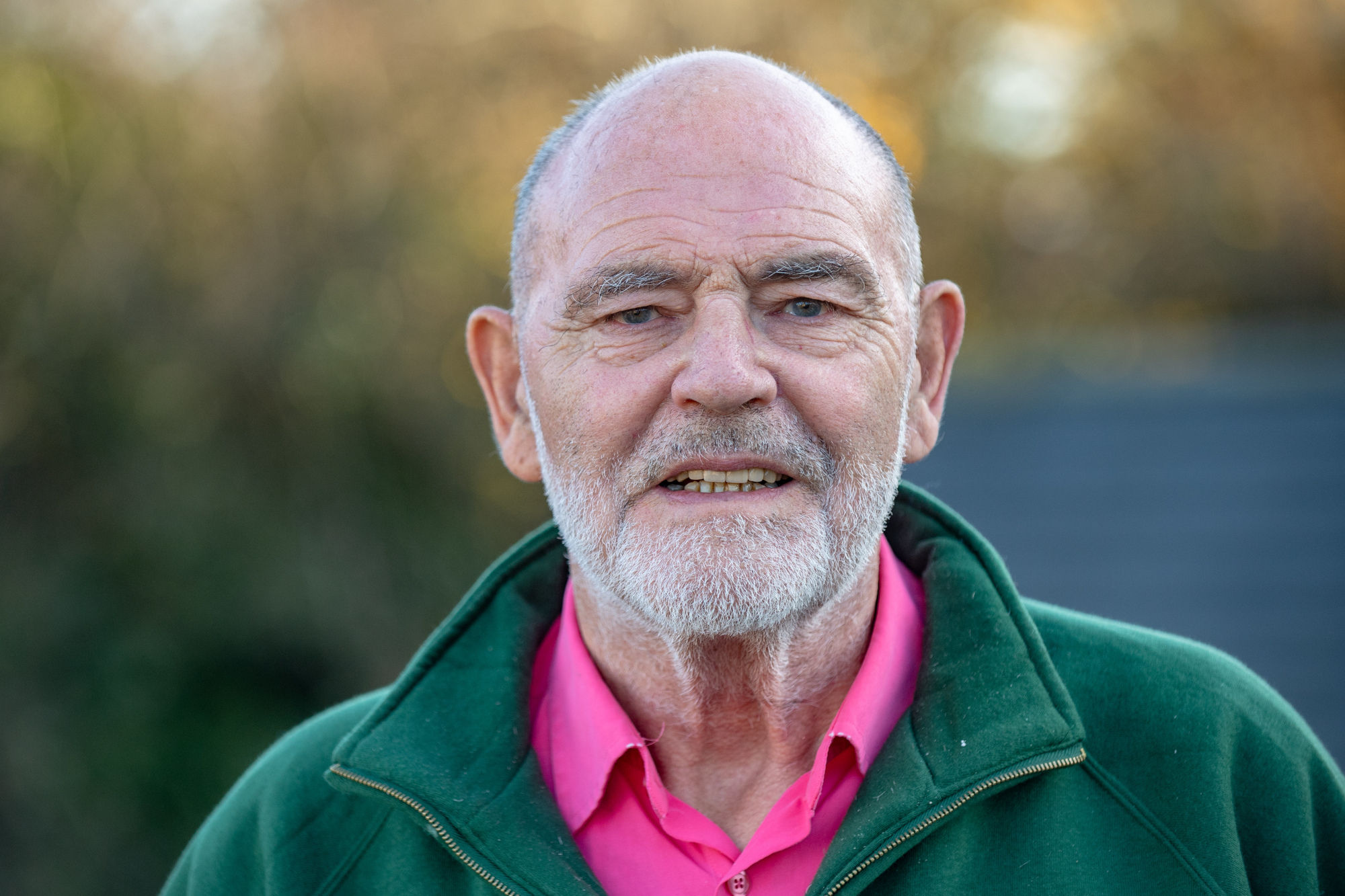 Pensioner Simon Frost poses in an undated photo. Frost was conned out of tens of thousands of dollars by online romance fraudsters and now bravely speaks out about his experience. (Adam Harnettt, SWNS/Zenger)

A pensioner has bravely revealed he handed over tens of thousands of dollars to romance fraudsters – including one who conned him for ten years.

Retired dentist Simon Frost, 79, said loneliness drove him to reach out to women he didn’t know on email and Skype.

Speaking to the Cambs Cops podcast, the force revealed he was the victim of a “sophisticated international scam”.

He said at least three people – or groups of people – targeted him, including one woman, who said she was from Nigeria, who he spoke to for ten years.

The intelligent father, who now has Alzheimer’s, revealed the latest scammer was only curtailed when he told her he was in the hospital after a heart attack.

He bravely spoke out on the podcast after the police, and his family, helped him realize was a blameless victim.

Speaking to the podcast, he said: “There were actually three different lots of people – two of whom I subsequently discovered were actually in league with each other, talking to each other.

“They had a go at getting at me through the local court in Ghana. This was two different groups.

“They are a pretty sophisticated bunch.”

He said he communicated with the women via Skype and email.

“It was just somebody that I could chat to on a one-to-one basis and be friendly,” he said.

“We chatted on an almost daily basis, for a period.

“It developed very quickly into showing interest in each other, and giving conversations about family life.

“I learned on two of them, all about their family, and what their life was.”

He said one claimed to be employed by World Health Authority, and said she was going to visit him on her way to a conference in Europe.

He claims she was hit by a lorry on the way to the airport, and died.

He said they took advantage of the fact that didn’t have a very loving upbringing and added: “They obviously realized I had money. They stared gently 100 pounds [$120] here and 100 pounds there.

“The second lot of people that took me on, really took me to town.

“I was made to in theory marry this girl. That’s how we got involved with the local authority.

“They managed to get hold of a copy of my birth certificate – god knows how.

“[…] This girl and her mother went off and managed to actually organize to get a wedding certificate.

“In the meanwhile I paid god knows what.”

She was supposed to fly to England, told him she was arrested at the airport – and needed money to reach him.

“It was deliberately targeted to me and my soft nature,” he said.

“My whole rationale was to help people that were in trouble.”

“I still strongly believe that this was actually the first one that has dragged on for ten years.

“The amounts I have paid were for most of the time not that much, although it got more lately.

“It’s only over the recent weeks that I’ve seriously thought about what was going on and why.”

One woman, he said he spoke to her since Christmas 2012, and only broke it off in recent weeks.

The dad-of-two sent her airfare and even went to Heathrow to pick her up – but she didn’t arrive.

He said he told scammers that he loved them – and they did the same to him.

“We had long chats about what we might be doing or not doing, and why not,” he said.

He said he didn’t feel like he totally loved them but added: “I wanted them to understand that I meant what I was saying.”

“She wrote a couple of days ago that she hoped I got well soon because we told her I had a heart attack and was in hospital,” he said.

“She can’t communicate with someone in hospital or expected to die.”

He said he was blamed by his bank despite being the victim of a sophisticated international scam.

Now he has family to help him arrange his affairs, to limit access fraudsters have.

Experts on the podcast said ‘red flags’ include asking victims to move off dating apps, and onto platforms like Whatsapp.

Scammers often claim to be doctors, oil rig workers, surgeons or CEOs, and need money for a project, or a helicopter flight, the police expert said.

Other warning signs are being fobbed off with reasons on why they can’t video call, and photos which are exchanged are often professional looking.

She said that if people tell you they love you very shortly into a conversation, and without meeting, be wary.

The spokeswoman says a common question is “what are you doing right now” in order to ascertain whether you have told family members about them.