“It’s mind-blowing that we don’t already have a natural history museum up here. It’s one of the injustices I want to balance.“
By Simona Kitanovska August 18, 2022
Facebook
Twitter
Linkedin
Email 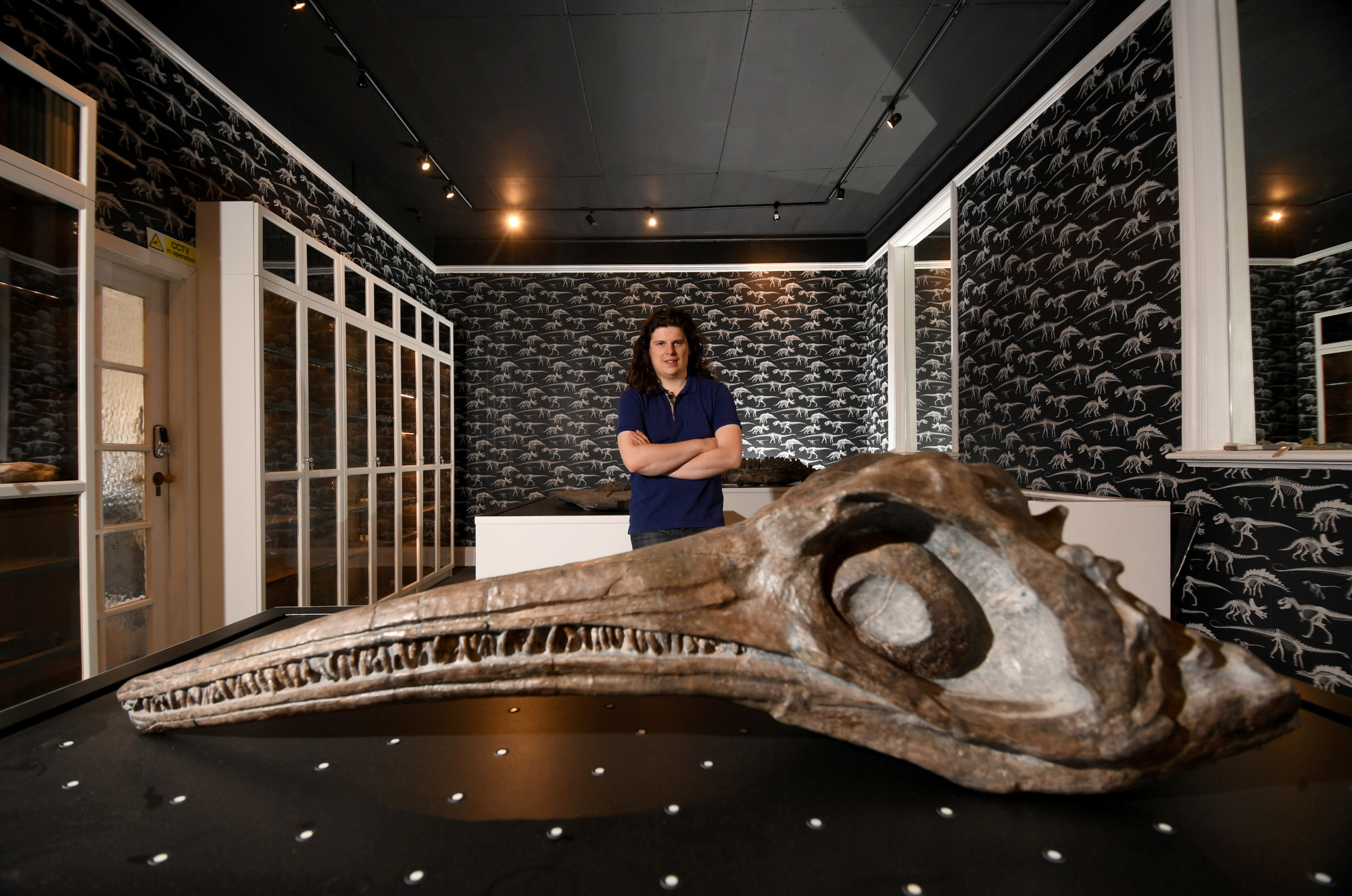 Founder James Hogg is pictured with a fossil of an Ichthyosaur thought to be 175 million years old, in an undated photo. The 23-year-old prehistoric expert with a “passion” for collecting fossils has created his own natural history museum stuffed with dinosaurs in his home city. (Simon Galloway, SWNS/Zenger)

A 23-year-old prehistoric expert with a passion for collecting fossils has created his own natural history museum stuffed with dinosaurs in his home city.

Englishman James Hogg, who originally attended university in London, spent every day as a student examining the impressive exhibits in the capital’s famed institutions.

And when he returned home to his native Sheffield, in South Yorkshire, in northern England, he decided to create his own museum with fossils taken from his impressive private collection.

One of the star attractions at The Yorkshire Natural History Museum – which opened on August 13 – is a fossil of an ichthyosaur, thought to be 175 million years old.

And academically minded James said he was happy to be righting an injustice by introducing a new natural history museum to the north of England.

He said: “It’s mind-blowing that we don’t already have a natural history museum up here. It’s one of the injustices I want to balance.

“There is nothing wrong with the beautiful museums down south, but I wanted to bring one here.

“It’s not that museums down south are unfair – they are fantastic institutions that we can access. It’s just about bringing something back.”

The Yorkshire Natural History Museum, located in the northwest of Sheffield, also has fossils from ancient marine sediments in Yorkshire, known as the Lias rock strata, found on the nearby coastline.

And for James, who used to spend at least two hours in museums each day as a student, the decision to create a new local exhibition space has been a labor of love.

He said: “I’ve always been academically inclined, and as I got older, I grew a passion for the collection of fossils and study of paleontology,” he said.

“And as for the museum – well, I’ve always wanted to have something up North.

“Every day I lived in London, I spent at least a couple of hours at the museums.

“As a student, I’d study in the museums rather than the library. I’ve always wanted to support them in any way I can.”

The museum is currently limited in size, but James has big plans for its expansion in the coming years.

He said: “The site has been completely renovated from old Edwardian premises.

“I want it to act as a public indication as to what people want from a museum – and the plan is potentially to expand it to be a much bigger site in the future.

“The plan would be to stay in Sheffield. It’s a beautiful city which could really benefit from this institution.”