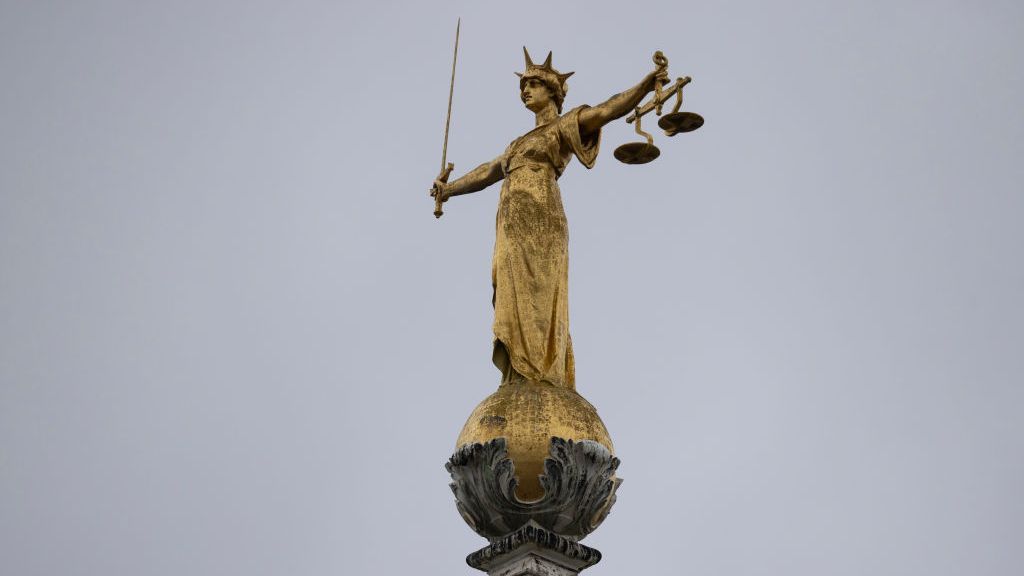 A statue of the Scales of Justice stands above the Old Bailey on January 19, 2021 in London, England. (Photo by Dan Kitwood/Getty Images)

The award came after officers of the Indian company suffered tremendous harassment at the hands of Rwandan police.

According to reports reaching the Indian Capital, KPTL had filed an application before the Judicial Court of Paris for official recognition of the arbitral award against Rwanda Energy Group (REG) rendered by the ad hoc Arbitral Tribunal sitting in Rwanda on September 20, 2021, per the UNCITRAL rules.

KPTL had won the Arbitral Award of more than $32.35 million against REG in September last year.

KPTL was represented before the Court in Paris by Diamantis & Partners, a French-based international law firm.

The dispute was over a contract to install and commission a 220 KV power transmission network interconnecting the Democratic Republic of the Congo (DRC) and Rwanda, two politically sensitive Central African nations.

KPTL had entered into a contract for the design, engineering, supply, construction, installation, and commissioning of the network in November 2013. Construction began in October 2014, and the operational certificate was issued in May 2017.

The multipurpose project under joint development by Rwanda and the Democratic Republic of Congo was funded by the African Development Fund along with Kreditanstalt fürWiederaufbau, a top German bank that aims to promote global development.

It has been recognized that during settlement discussions in March 2018, REG, in connivance with Rwandan police authorities, coerced KPTL to reduce their claim by signing a settlement agreement. Worse, KPTL’s senior personnel were subjected to coercion and harassment by officers of the Criminal Investigation Department, Rwanda, which ultimately resulted in the seizure of their passports.

Worried about the developments, the Indian company referred the issue to the Disputes Adjudication Board (constituted by 3 international experts from the United Kingdom and Germany appointed by the President of the International Federation of Consulting Engineers (FIDIC)).

In December 2019, the Disputes Adjudication Board ruled in favor of KPTL. It said it was entitled to a price adjustment claim of $24 million-plus Rwandan franc of 35 million, with interest of $3.6 million and Rwandan franc of 5.3 million.

The Disputes Adjudication Board also concluded that KPTL had to sign the settlement agreement under duress pursuant to the police action in March 2018 and for the sole benefit of REG/EDCL.

REG challenged the ruling of the Disputes Adjudication Board by initiating the arbitration process. The arbitrators were from the UK, Switzerland, and Belgium.

After hearing both parties, the arbitral tribunal upheld the ruling of the Dispute Adjudication Board in favor of KPTL. The tribunal, too, concluded that the settlement agreement that KPTL had to sign was signed under duress and was therefore not valid at all.

Further, the Disputes Adjudication Board and the arbitral tribunal rejected claims made by REG that the quality of KPLT’s work was unsatisfactory.

Eventually, the arbitral tribunal directed REG to pay more than $32.25 million, including price adjustment claim and legal cost, within a month from the passing of the award.

And then, through an order dated July 7, 2022, the Judicial Court of Paris recognized the Arbitral Award.

The award is binding on REG because the French court’s order is fully in line with the terms of the New York Convention on the Recognition and Enforcement of Foreign Arbitral Awards of June 10, 1958. The Convention aims to guarantee justice’s full effectiveness and validity after an adversarial debate has been heard by an arbitral tribunal.

Rwanda is the 143rd nation to accede to the Convention on the Recognition and Enforcement of Foreign Arbitral Awards (the New York Convention) in 2008.

This makes the Arbitral Award legally binding in France and opens the door for KPTL to seek enforcement in France by recovering against the assets of REG, ostensibly because the REG is a state-owned company.