It was made in Italy in 1967 at the famous Pines factory and is in good condition.
By Simona Kitanovska August 18, 2022
Facebook
Twitter
Linkedin
Email 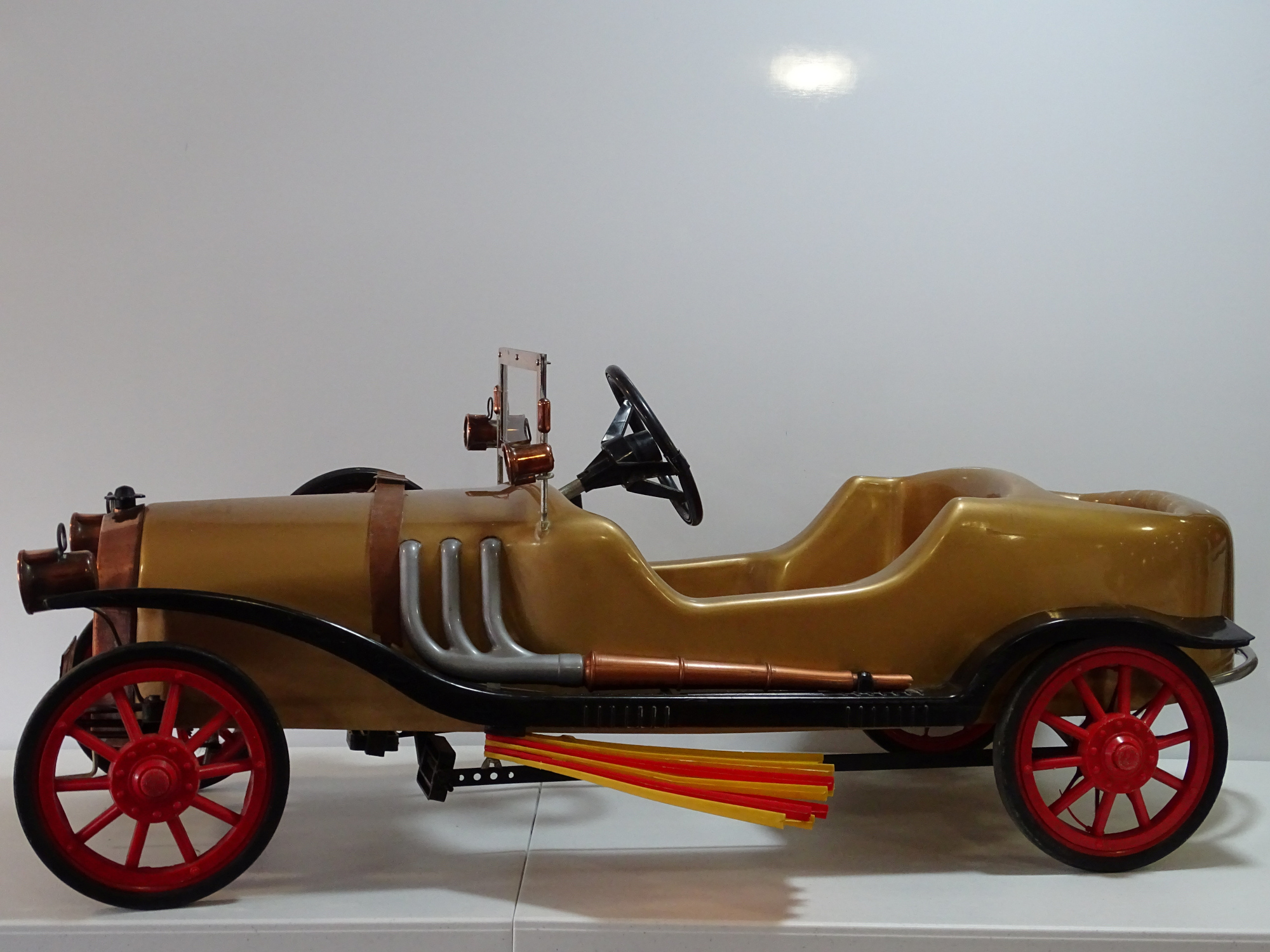 An extremely rare model of a Chitty Chitty Bang Bang child’s pedal car, which sold for nearly $2k at an auction held on August 16, 2022. The miniature toy vehicle was made in Italy in 1967 at the famous Pines factory and is in good condition. (James Dadzitis, SWNS/Zenger)

Annotations left by artist Emett accompanied his pencil and ink work, and explained how each part of the fanciful machine, which appeared in the 1968 Ken Hughes film.

It was among a collection of items from the film which went under the hammer during a sale on Saturday, August 13, held by Excalibur Auctions.

Among the other memorabilia at auction was a miniature toy vehicle depicting the eponymous flying car that appeared in the film. It is made of plastic and finished in gold with a metal grille and bumper and extending wings.

It was made in Italy in 1967 at the famous Pines factory and is in good condition. Only 12 of them were ever made and they were originally sold at Harrods.

The car was part of a private collection of items which feature in the iconic family film, all lovingly amassed by someone “directly connected” to the film, who is not being named by the auctioneers.

Original artworks by the cartoonist who designed all the inventions for the 1968 film fetched thousands of dollars at the same auction.

Designed by celebrated cartoonist and kinetic sculptor Rowland Emett, a member of the Order of the British Empire (1906-1990), they were created for the film’s eccentric main character, an inventor ‘Caractacus Pott’ or ‘Potts’, played by beloved American actor Dick Van Dyke in the film.

Commissioned by Warfield Productions, the concept artwork was among the ideas for the film’s fairground scene, which eventually featured the famous dog-grooming machine.

The ink and pencil work was accompanied by a letter of provenance.

An unpublished print taken from the original sketch artwork for the Grandpa character’s hut in the film, which features annotations such as ‘Fireman’s Helmet’, is estimated to fetch between 60 to 80 pounds ($72 to $96).

A model of the levitating hut inhabited by Grandpa Potts in the film, which was predicted to fetch up to 4,500 pounds ($5,400), went unsold.

Jonathan Torode, of Excalibur Auctions, said in advance of the sale, “We are delighted to be able to offer such a special private collection of items that come from a direct source to the film.