A Century-Old British Pub Rebuilt At A Museum

Visitors can now enjoy an ale in the public bar, retire to the smoking room with a bag of pork rinds, or enjoy a game of dominoes.
By Simona Kitanovska August 18, 2022
Facebook
Twitter
Linkedin
Email 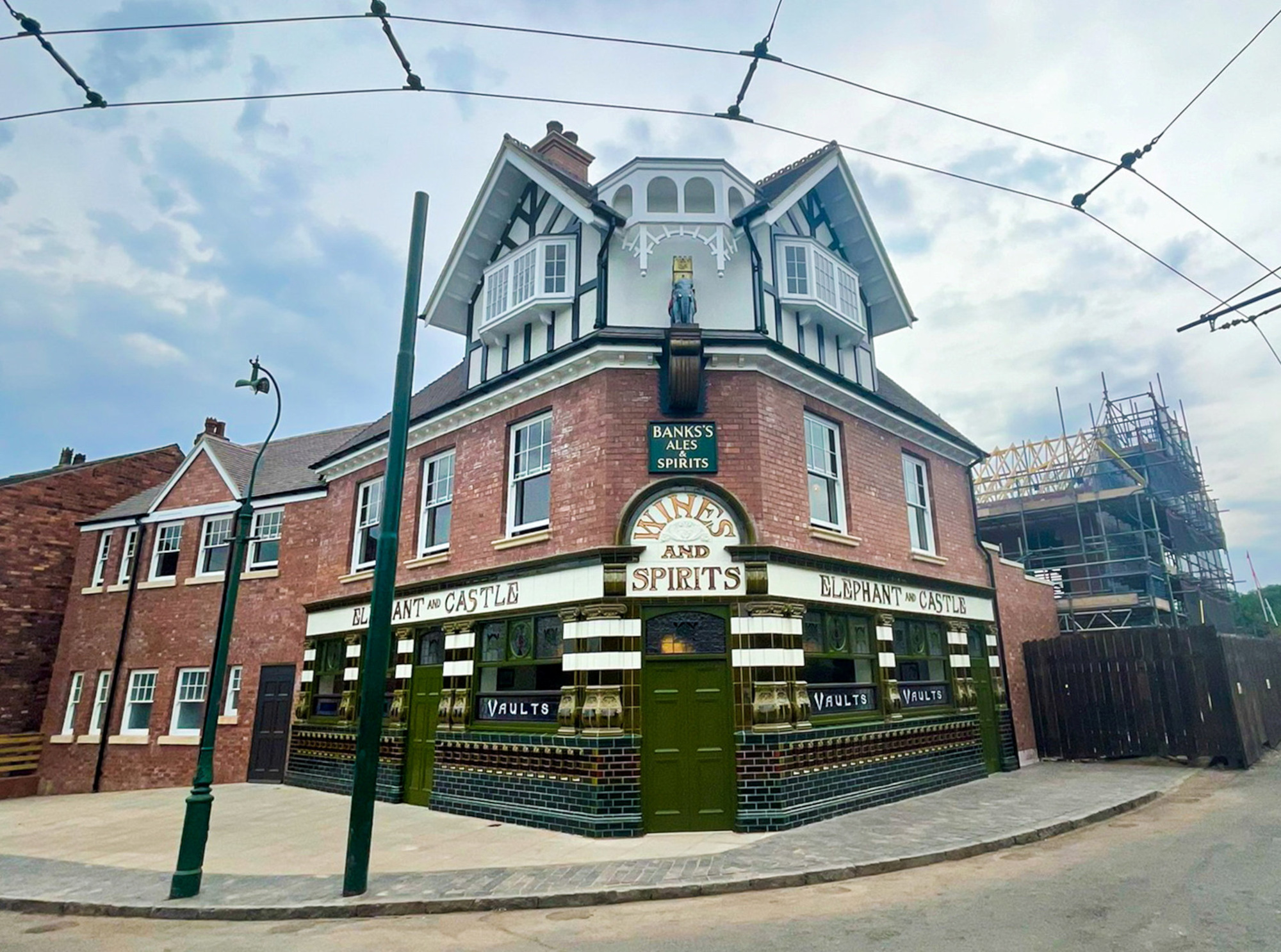 A 115-year-old Edwardian pub in England which closed in 2001 has reopened its doors once again after being rebuilt brick-by-brick at a museum.

The grand Elephant and Castle public house once proudly stood on the corner of Stafford Street and Cannock Road in Wolverhampton, a city in England’s Midlands region, in the United Kingdom, after being built in 1905.

But it was demolished 21 years ago before it could be considered for listed status after welcoming customers for almost a century.

Now, members of the public can once again enjoy a pint in the same pub after it was recreated at the Black Country Living Museum, where Peaky Blinders was filmed.

‘Black Country’ is a reference to the region’s history of coal mining and as a birthplace of the Industrial Revolution of the 1800s.

The open-air museum in Dudley, West Midlands, spent months rebuilding the pub as part of a multi-million dollar redevelopment.

Visitors can now enjoy an ale in the public bar, retire to the smoking room with a bag of pork rinds, or enjoy a game of dominoes.

Lisa Newell, daughter of John Purchase, who was a former landlord of the Elephant and Castle in the 1970s, said: “We’ve been waiting for this day for four years.

“The thought of the Elephant and Castle coming back to life, it’s just absolutely amazing. Even the atmosphere, it’s wonderful.”

The original pub had a public bar for the working class and a separate smoking room with slightly higher prices for the middle class, which was typical of the era.

In 1910 it became part of the Banks’s estate which was becoming one of the largest breweries in the Midlands.

The pub’s clientele was known to be diverse, with Wolverhampton becoming home to many thousands of Irish immigrants during the 19th century.

After WWII, both Irish and Commonwealth citizens from India, Pakistan, and the Caribbean could be found enjoying a drink in the Elephant and Castle.

The museum chose to set their recreation of the pub in 1960 and collected memories and objects from people connected to the building over the years.

Andrew Lovett, chief executive, said: “The Elephant and Castle is the first building where we will step into living memory, which is the important part of our Forging Ahead development, with another 26 buildings and features still to come over the next year.

The pub opened early on Monday, August 15, for a special preview event for previous tennants, their family members and even a former landlord.

Dr. Simon Briercliffe, researcher at Black Country Living Museum, said: “We’ve had people here who grew up in the pub, and a former landlord of the pub.

“It’s been such a long time in the making and we’ve put a lot of effort into getting the details right.

“In the end, they were thrilled. It’s such an exciting thing to be able to bring people’s lives back to them like this and to talk about this great big history that we have in the region.”