"I got pregnant on the first try, I couldn’t believe it after 18 years of trying because nothing else had worked."
By Simona Kitanovska August 17, 2022
Facebook
Twitter
Linkedin
Email 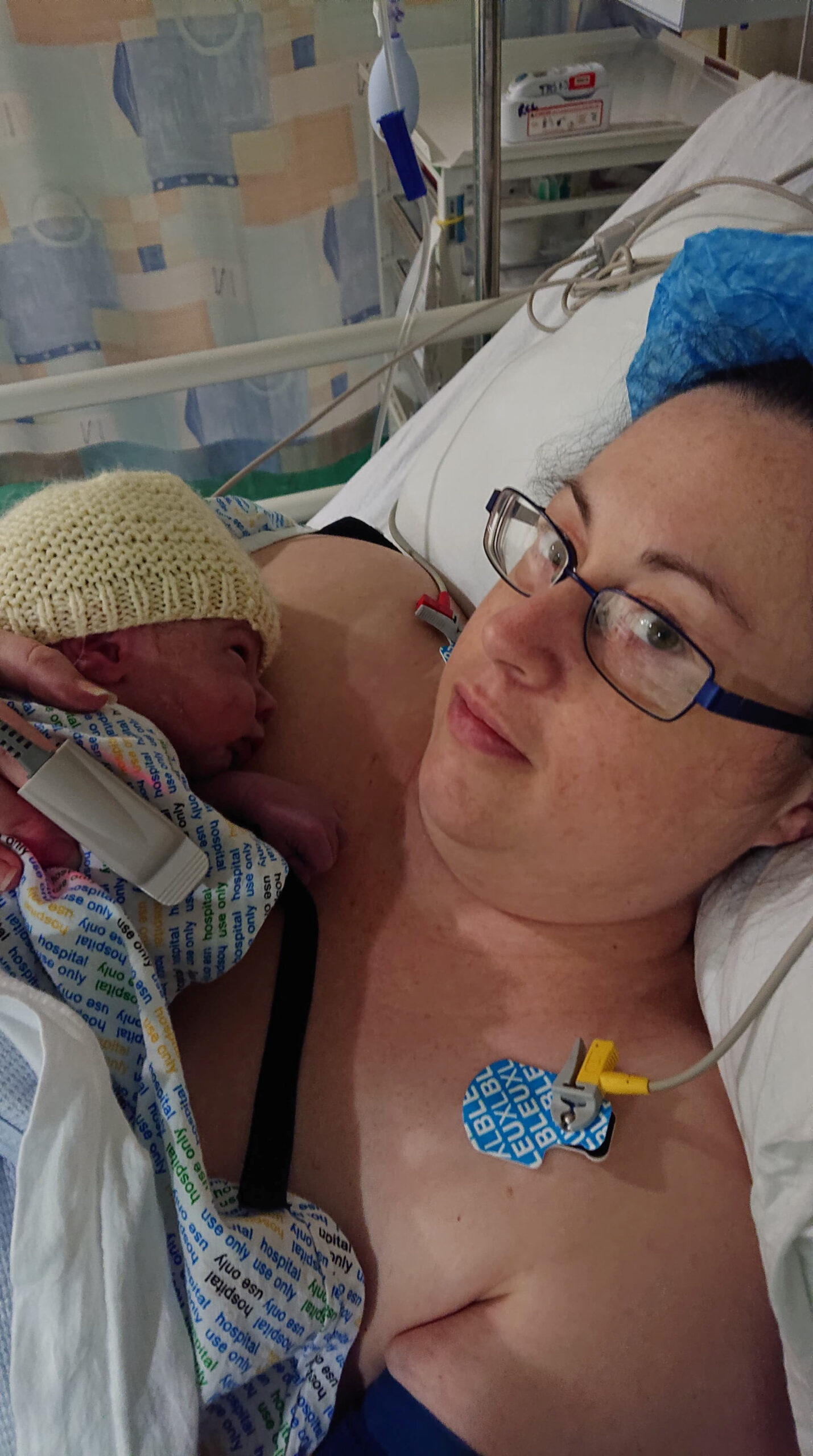 Pamela Mackenzie poses with her son Patrick in an undated photo. Pamela, who has suffered nine miscarriages during 18 years of fertility treatment gave birth to her miracle son after she decided to go to Prague for IVF treatment. (Matthew Newby, SWNS/Zenger)

A mother who had nine miscarriages during 18 years of fertility treatment is encouraging more women to go abroad – after she got pregnant on the first try.

Pamela Mackenzie, 41, gave birth to her miracle son Patrick, aged three, in 2018 after she decided to go to Prague for IVF treatment.

Mackenzie and her husband Ian, 44, had been desperately trying for a baby for 18 years – including having two rounds of IVF through Britain’s National Health Service.

But Mackenzie, who was diagnosed with polycystic ovary syndrome at the age of 12, said her pregnancies never made it past the first five weeks.

The condition causes cysts to form in ovaries, irregular menstruation, and difficulty conceiving.

Mackenzie started to look at private clinics abroad after hearing about their higher success rates.

Mackenzie said she couldn’t believe it when she got pregnant on the first go of in-vitro fertility in the Czech Republic – and nearly four years later is hoping to help more women look abroad.

Mackenzie, from Edinburgh, in Scotland, in the United Kingdom, said: “Me and my husband had been trying to have a baby for 18 years but every time we got pregnant it just ended in miscarriage.

“In that time I had nine miscarriages and an ectopic pregnancy.

“I got pregnant on the first try, I couldn’t believe it after 18 years of trying because nothing else had worked.

Mackenzie had gone through a grueling process of monitoring her ovulation before starting on tablets for six months, and then injections, before being considered for fertility treatments.

Her first in-vitro fertilization through the National Health Service in 2010 failed, she fell pregnant on the second round in 2011, but miscarried.

Mackenzie said: “The NHS have a limited budget and are so short staffed, there is only so much they can do.

“After two rounds of IVF we were left on our own to figure out what was next.

“We went to a private clinic in Glasgow and paid 2,500 pounds [3,022$] for an embryo transfer because I had two frozen ones left from my second round of IVF.

“But only one survived the thaw and the cells didn’t multiple they way they should so we weren’t able to use them.

“At the clinic in Prague it felt like a family, there was more time spent with us.”

Mackenzie now volunteers as an advisor for the International Fertility Company which helps patients identify clinics abroad for treatment.

She said: “I spent hours doing research into clinics.

“But when I found the International Fertility Company I thought this could take so much stress away for other women looking aboard.

“What I went through was a complete nightmare and I want to reassure other women that going abroad is ok.

“People feel safe staying in the U.K. but I want to help women see there are options elsewhere.”

Andrew Coutts, chief executive officer, at the International Fertility Company, set up the firm in 2017 to help women look at options abroad.

He has visited more than 150 fertility clinics worldwide and is known ‘Mr. Fertility’ by some of his patients.

Andrew said: “I set the International Fertility Company up in 2017 and have been working in the fertility sector for over ten years advising patients about treatment options both in their own country and abroad.

“In the last decade I have visited over 150 fertility clinics worldwide and IFC now has clinic networks in over 21 countries.

“One of my patients has referred to me as ‘Mr. Fertility’ which is very nice.

“IFC works with small numbers of patients and therefore I can take time to develop close relationships with couples I consider as friends rather than ‘clients’.

“IFC has offices in the U.K., U.S. and the Netherlands and helps patients wherever they live.

“Spain, Greece, the Czech Republic, and Cyprus are the most popular destinations but we also have U.S. couples inquiring about treatment in the U.K.”