The mom-of-one uploaded the clip to TikTok where it went viral - clocking up 1.2 million views.
By Simona Kitanovska August 17, 2022
Facebook
Twitter
Linkedin
Email 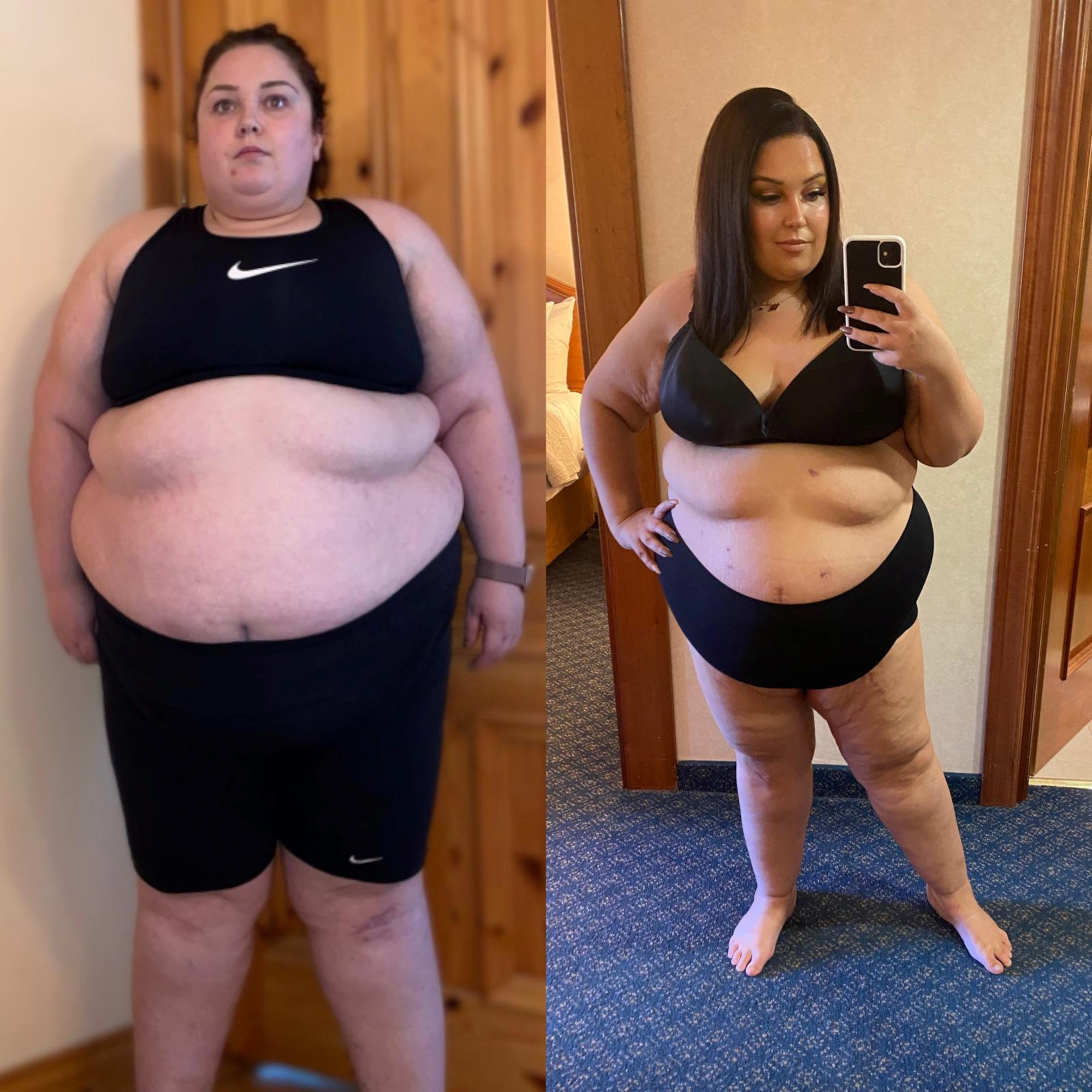 Joanne Phibbs, 32, who has dropped nearly 10 sizes and has lost 85 pounds, poses in an undated photo. Phibbs was 'humbled' by her 'savage' little boy who says she looks 'pregnant with two babies' while trying on a bodycon dress. (Joanne Phibbs, SWNS/Zenger)

A mom was ‘humbled’ by her ‘savage’ little boy who says she looked ‘pregnant with two babies’ while trying on a bodycon dress.

Poor Joanne Phibbs, 32, recorded herself trying on a new fitted dress when her four-year-old son, Oliver, blurted out: ‘That looks like you’re pregnant with two baby kids.’

Mortified, the mom-of-one uploaded the clip to TikTok where it went viral – clocking up 1.2 million views.

Phibbs has ‘struggled with her weight’ her whole life but decided to do something about it and lost 85 pounds in six months – going from 325 pounds to 240 pounds and dropped almost 10 sizes.

She bought a fitted Primark dress to show off her slimmed-down figure, but her new-found confidence was quickly dashed by her ‘cheeky’ little boy who ‘brought her back down to earth’ with his brutal honesty.

Phibbs, an influencer, from Kildare, Ireland, said: “I feel like my life has only just begun, it’s a dream come true being able to shop in normal shops.

“I felt amazing in my new dress but Oliver obviously felt differently.

“When I went to get my weight loss surgery he was so scared but I told him ‘mommy is going to get her tummy fixed’.

“Now he is my number one supporter and always tell me ‘your tummy is looking smaller’.”

In May 2019, Phibbs started suffering from gallstones in her gall bladder.

Doctors said it wasn’t safe to operate because of her weight and that it would also be a risk for her to have weight loss surgery.

Phibbs said: “I wanted the surgery so I could be the best mom I could be to my little boy and so that I could start living.”

She decided to undergo bariatric surgery – which involved removing part of her stomach and moving an intestine, making her stomach smaller so she feels full quicker – in Prague, Czech Republic, in February 2022.

She said: “On the day I had the surgery, my new life began.

“The operation was smooth sailing, I was well cared for and looked after.

“I have struggled with my weight my whole life, I have always been naturally bigger – even at my communion when I was eight, I had to buy an adult-sized dress.

“People think having weight loss surgery is the easy option, but I had tried every diet and pill in the book.

“I’ve made a lifelong commitment to losing weight and I work out every day.

“I can be so much more active with Oliver, and I can’t wait until I can go on holiday and wear swimwear.”

She has now lost an impressive 85 pounds in just six months – and hopes to lose another 100 pounds.

Phibbs added she doesn’t have a final goal weight as she doesn’t want to put pressure on herself and for her health journey to become a chore.

Working out five times a week and eating a clean diet – consisting of high-protein and low-calories, the surgery was just the start of her journey.

Her diet consists of protein such as chicken and vegetables which she has to eat first to feel fuller and she is often satisfied after just two bites.

“I am so happy, I cannot believe how far I’ve come,” she said.

“I can now do everything people would take for granted – I can jog, go shopping and go on rollercoasters.”

“Oliver is my number one supporter when it comes to working out, he is such a little character and helps me on my journey to getting healthier.”