Fearless Diver Gets Up Close And Personal With Venomous Lionfish

"Surrounded by ocean and plenty of marine life, I’ve always loved to be in the water swimming with the fishes."
By Alice Amelia Thomas August 17, 2022
Facebook
Twitter
Linkedin
Email 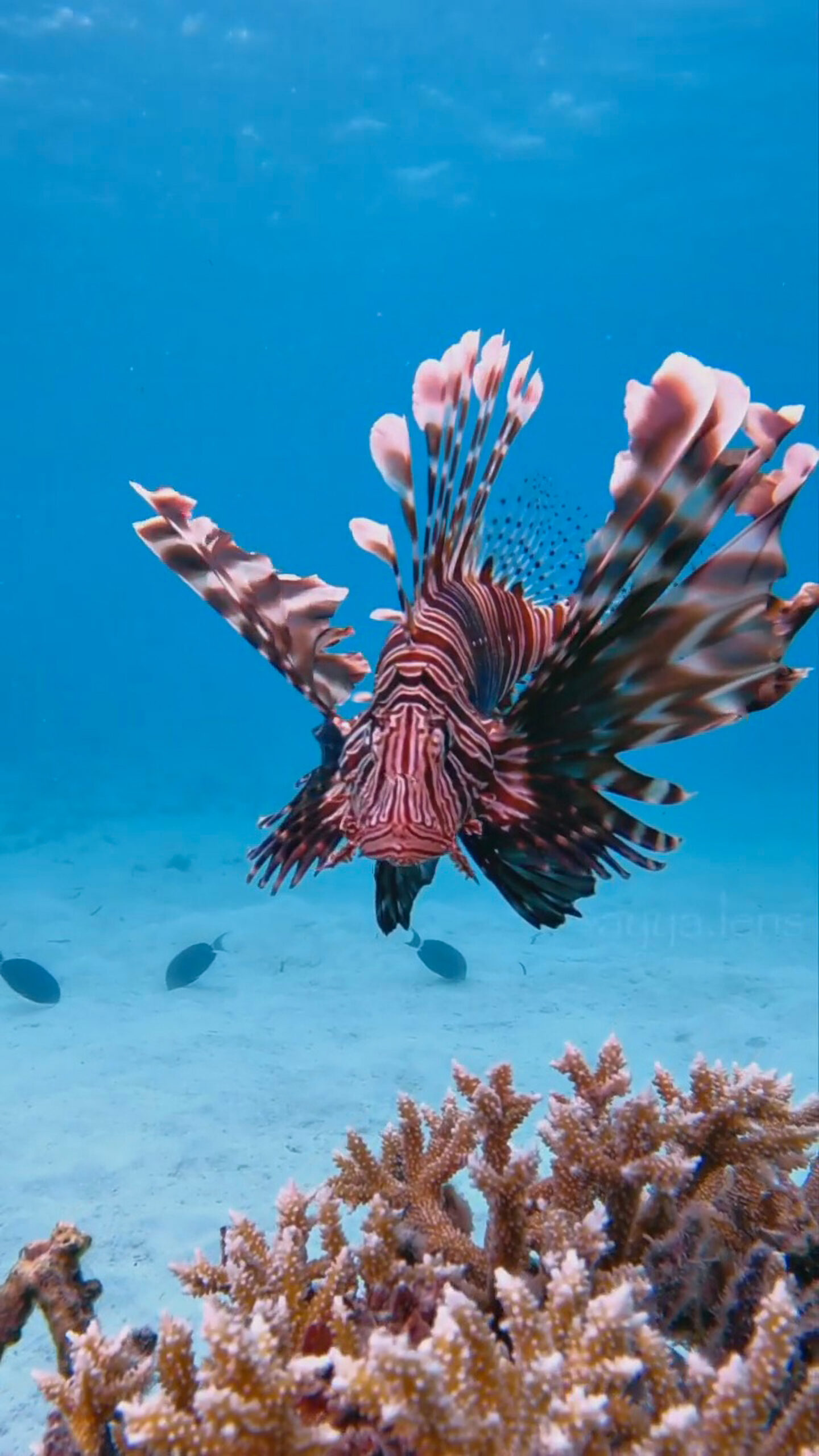 Lionfish poses for a close up, off the beach, at the lagoon of Maafushi Island, in 2022. Lionfish are known to use their large pectoral fins to corner their prey. (@ayya.lens/Zenger)

These images show a professional diver getting up close and personal with three dazzling lionfish in a series of videos filmed in the Maldives.

Each lionfish (Pterois) boasts a unique, zebra-like pattern along with venomous fin spines which can cause agonizing yet rarely lethal puncture wounds that can result in respiratory problems and paralysis.

Ali Shafiu, a professional diver and dive instructor from a small Maldivian island, told Zenger News in an exclusive interview, that he has been filming and photographing life under the sea for about 10 years and shot these videos while diving with Maafushi dive center in the Maldives this year.

He added said: “Surrounded by ocean and plenty of marine life, I’ve always loved to be in the water swimming with the fishes in the shallow lagoon where coral reefs are abundant.”

“Underwater is my happy place. So, I’ve never stopped doing what I love the most. It gives me a peace of mind and release from the stress of day-to-day life.”

Shafiu, aged 37, goes by Ayya to his friends and family as well as the diving community in the Maldives and has been working for sixteen years as a divemaster and twelve years as an instructor.

This was after he realized that he wanted to teach people how to dive and received certifications in both 2006 and 2010 from the Professional Association of Diving Instructors (PADI), the biggest scuba diving and ocean exploring organization in the world.

Shafiu, who is knowledgeable about underwater fauna in the Maldives, explained that lionfish are nocturnal and mostly feed at night.

He added: “They are ambush predators. They use their wide fins to corner a prey and swallow it in while with their big mouths.”

Shafiu then explained that the peculiar maroon, brown and creamy stripes that decorate their bodies make them incredibly attractive to divers and added that they can live for up to 15 years as they do not have many predators, although sharks are known to feed on them.

He added: “Lionfish are native to Indo-Pacific region. So, they are not a threat to Maldivian waters, however, they are invasive to some regions where there are no natural predators for lionfish, like in the Caribbean.”