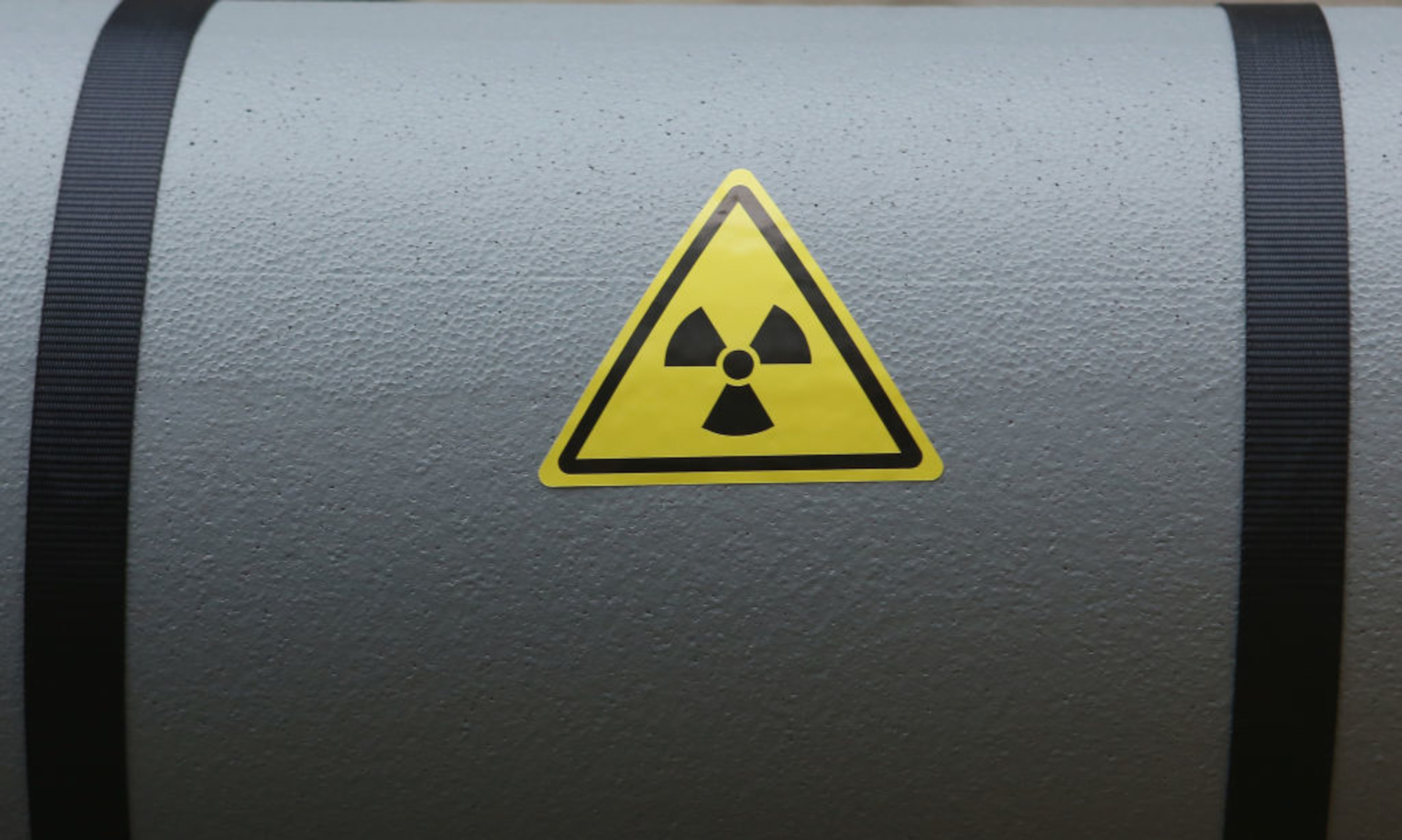 Nuclear symbols are seen during a demonstration against nuclear weapons on November 18, 2017 in Berlin, Germany. (Photo by Adam Berry/Getty Images)

A nuclear war between Russia and the United States would cause a global famine – wiping out almost two-thirds of the world’s population, warns new research.

Russian President Vladimir Putin’s invasion of Ukraine has brought the threat to the fore. The study is based on computer simulations.

Lead author Professor Lili Xia, of Rutgers University in New Jersey, said: “The data tell us one thing. We must prevent a nuclear war from ever happening.”

Models showed firestorms would release soot into the upper atmosphere that would block out the Sun – resulting in global crop failure.

They shed fresh light on the exact impact if ‘Mad Vlad’ reaches for the button. Nine nations, including the United Kingdom, currently control more than 13,000 nuclear weapons.

Even a clash between new nuclear states would decimate food production and result in widespread starvation.

The U.S. team calculated projected soot dispersal from five smaller India-Pakistan wars and a large U.S.-Russia one based on the size of each country’s arsenal.

In a localized war between India and Pakistan, global average caloric production would decrease seven percent within five years.

In the worst-case scenario – involving the U.S. and Russia – this would rise to 90 percent three to four years after the fighting ended.

Crop declines would be the most severe in the mid-high latitude nations, including major exporters such as Russia and the U.S.

It could trigger restrictions and cause severe disruptions in import-dependent countries in Africa and the Middle East.

These would induce a catastrophic disruption of global food markets. Even a seven percent decline would exceed the largest since records began in 1961.

Under the largest war scenario, more than 75 percent of the planet would be starving within two years.

Using crops fed to livestock as human food or reducing waste would have minimal benefits.

“For instance, the ozone layer would be destroyed by the heating of the stratosphere, producing more ultraviolet radiation at the surface, and we need to understand that impact on food supplies.”

Inventories of every building will provide a more accurate picture of how much smoke would be produced.

Co-author Professor Alan Robock, also from Rutgers, said researchers already have more than enough information to know a nuclear war of any size would obliterate global food systems – killing billions of people in the process.

He said: “If nuclear weapons exist, they can be used, and the world has come close to nuclear war several times.

“Banning nuclear weapons is the only long-term solution. The five-year-old U.N. Treaty on the Prohibition of Nuclear Weapons has been ratified by 66 nations, but none of the nine nuclear states.

“Our work makes clear that it is time for those nine states to listen to science and the rest of the world and sign this treaty.”

The study is in Nature Food.

Earlier this year another U.S. team calculated that a nuclear war between the U.S. and Russia would trigger a ‘Little Ice Age’ lasting thousands of years.

In the first month following detonation, average global temperatures would plunge by about 13 degrees Fahrenheit – more than during the most recent Ice Age, which ended 11,700 years ago and killed off the woolly mammoth and other megafauna.

Once the smoke is released into the upper atmosphere it spreads globally – and affects everyone.

Marine ecosystems would also be devastated both initially and in a new ocean state – resulting in long-term impacts on fisheries and other services.

The world’s current population stands at around eight billion.