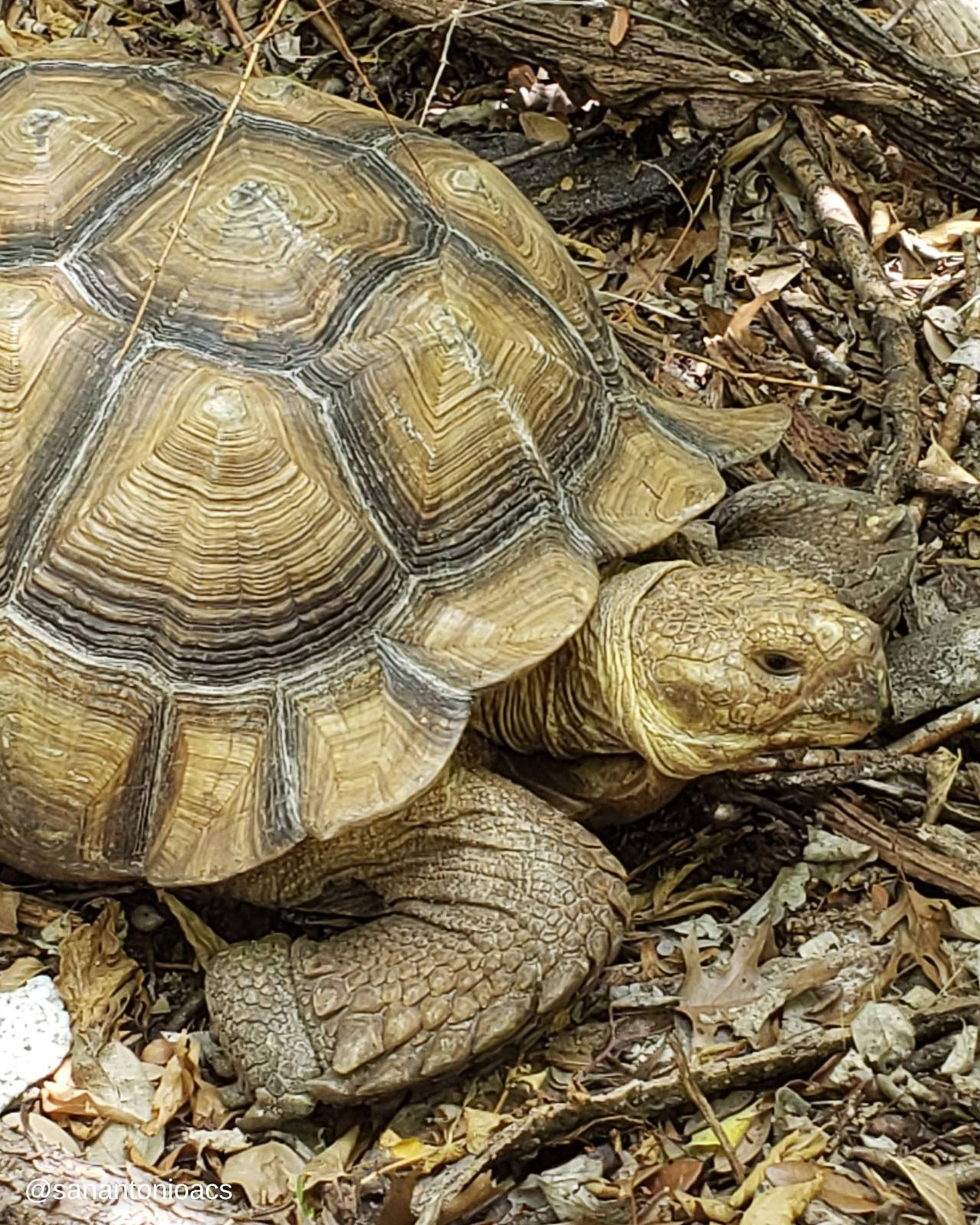 Walter O’Hare, an African Spurred Tortoise (Centrochelys sulcata), at a park in San Antonio, Texas, USA, undated. He was found walking in the park and rescued by animal control. (@SanAntonioACS/Zenger)

An endangered giant tortoise that was found in a city park after apparently getting lost is receiving some well-needed TLC from rescuers at a wildlife center in Texas.

African spurred tortoises(Centrochelys sulcata) — the third-largest species of tortoise in the world — can typically be found on the southern edge of the Sahara Desert and in the Sahel ecoregion in Africa.

But animal control officials from the city of San Antonio in the southern U.S. state of Texas were left scratching their heads when one was found in a park.

They explained that they had no clue as to how a specimen of the third-largest tortoise species in the world ended up in Phil Hardberger Park on the morning of August 7, 2022.

The tortoise, who was named Walter O’Hare by its rescuers for reasons unknown, was taken to Wildlife Rescue and Rehabilitation, Inc. in Kendalia, Texas, after zookeepers along with animal care officers responded to a call from a group of residents who were visiting the park when they came across the large reptile.

The locals, who knew that tortoises native to the region do not grow to such a large size, figured that Walter O’ Hare was likely to be someone’s lost pet who had escaped, while further investigations into the incident have revealed that the massive tortoise could have been abandoned by its owner.

The city of San Antonio Animal Care Services said in a statement obtained by Zenger News on August 15 that two officers were required to move the 50-lb tortoise off the trail and onto a transportation vehicle.

The Service added: “We always recommend doing proper research before committing to any pet. African Spurred Tortoises can weigh over 100 pounds and live up to 70 years old! Choosing one as a companion is a LIFETIME commitment and should not be done so lightly.”

They also said: “While we are unsure if Walter was let loose or simply wandered away from home, we are glad he is getting the love and care he deserves&mldr;”

And they added: “Thank you to the kind residents who called in, our Animal Care Officers, and Wildlife Rescue for helping this tortoise in need!”

It is currently unclear how long the tortoise will be kept by its rescuers and where it will be rehoused after receiving a check-up.

The African spurred tortoise (Centrochelys sulcata) is listed as endangered on the International Union for Conservation of Nature’s (IUCN) Red List of Threatened Species.

Its main threats include habitat loss as a result of urbanization as well as capture for the pet trade.