"I never dreamed I would develop such a bond with a rodent, that he would choose us like he has. It’s been surreal."
By Alice Amelia Thomas August 17, 2022
Facebook
Twitter
Linkedin
Email 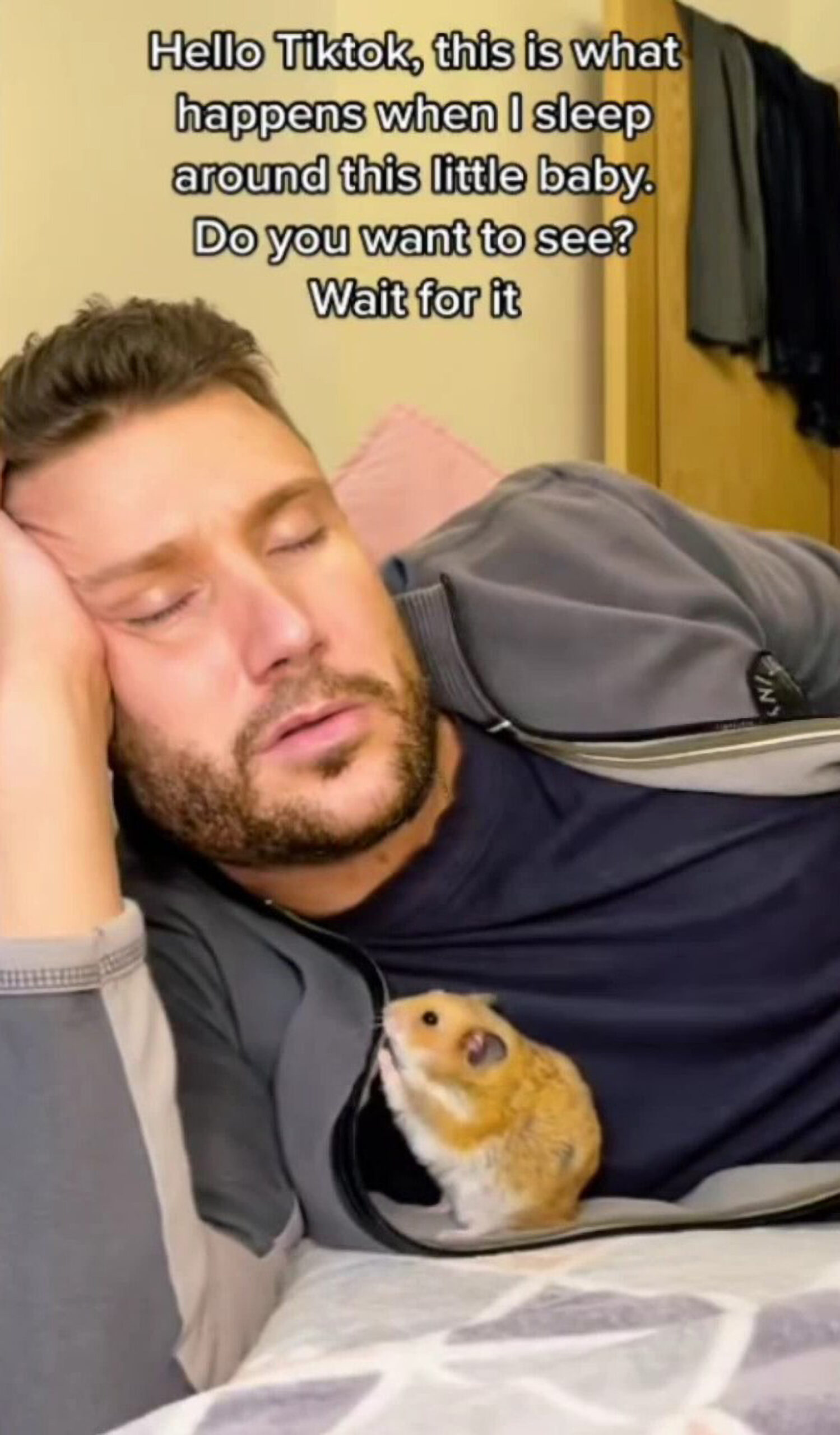 Hamster snuggles with owner, Chris Davies, after realizing he's fallen asleep, on Thursday, June 30, 2022. According to Mr. Davies, what makes him different to other hamsters is that he’s loyal and extremely tame. (@chrisdavies50/ Zenger)

These are a few of the viral moments shared between an incredibly dog-like hamster and his adoring Welsh owner that have delighted TikTok users across the globe.

Chris Davies, 37, who hails from the city of Cardiff, in Wales, in the U.K., and who works as a full-time gastroenterology nurse, is the proud owner of Popcorn Sushi, a one-year-old Syrian hamster that he purchased with his daughter, Lily, in a pet store in 2021.

Popcorn can be seen searching for a cozy spot in Davies’ jacket after realizing that he has drifted off to sleep in a video from June 30, 2022. Davies told Zenger News in an exclusive interview that his daughter is now the hamster’s manager.

Davies explained: “This is what happens when I sleep around this little baby. Do you want to see? Wait for it.”

He then pretends to fall asleep as Popcorn slowly creeps up on him to see if he is still awake.

Davies goes on to ask: “What do you think he will do? Escape? Runoff? Oh no no.”

“He doesn’t go anywhere without me, he’s not a normal hamster, he cuddles in until I wake up.”

The video clocked up over 11.9 million views on TikTok and received 14.8k comments.

User ‘TaniaMehle22’ cheekily responded, “If I was the hamster, I’d cuddle with him as well.”

While netizen ‘emily a’ wrote: “I would take a bullet for him.”

In a second video, Davies shows us how Popcorn can go from tortoise to ninja in a millisecond while in a third clip, Davies teases the hamster as he tries to steal his owner’s snacks, causing the tiny creature to feel, “genuinely confuzzled.”

Speaking to Zenger News, Davies explained that Lily, aged 9, went on to name Popcorn and is very proud of her furry friend. He said: “He now has over 100k followers and over 7.3 million likes.

Davies told Zenger News that he has developed an unexpected and unique bond with Popcorn despite the fact that he bought the hamster for his daughter.

He said: “I never dreamed I would develop such a bond with a rodent, that he would choose us like he has. It’s been surreal. Once I started to know him. He became attached like a dog. The rest is history. It’s very unusual.

“We spend time with him every night when we can, we give him treats, build a bond with him and sleeps/chills with us like a dog!”

When asked about Popcorn’s eating preferences, Davies explained that the hamster’s favorite foods are broccoli and banana.

He said: “What makes him different to other hamsters is he’s loyal, extremely tame, likes to sit with you, be with you, and he has an attachment to us we never expected for a hamster.”