After Suing Neighbor Over Garden Rentals, Grandmother Decides To Lease Her Garden 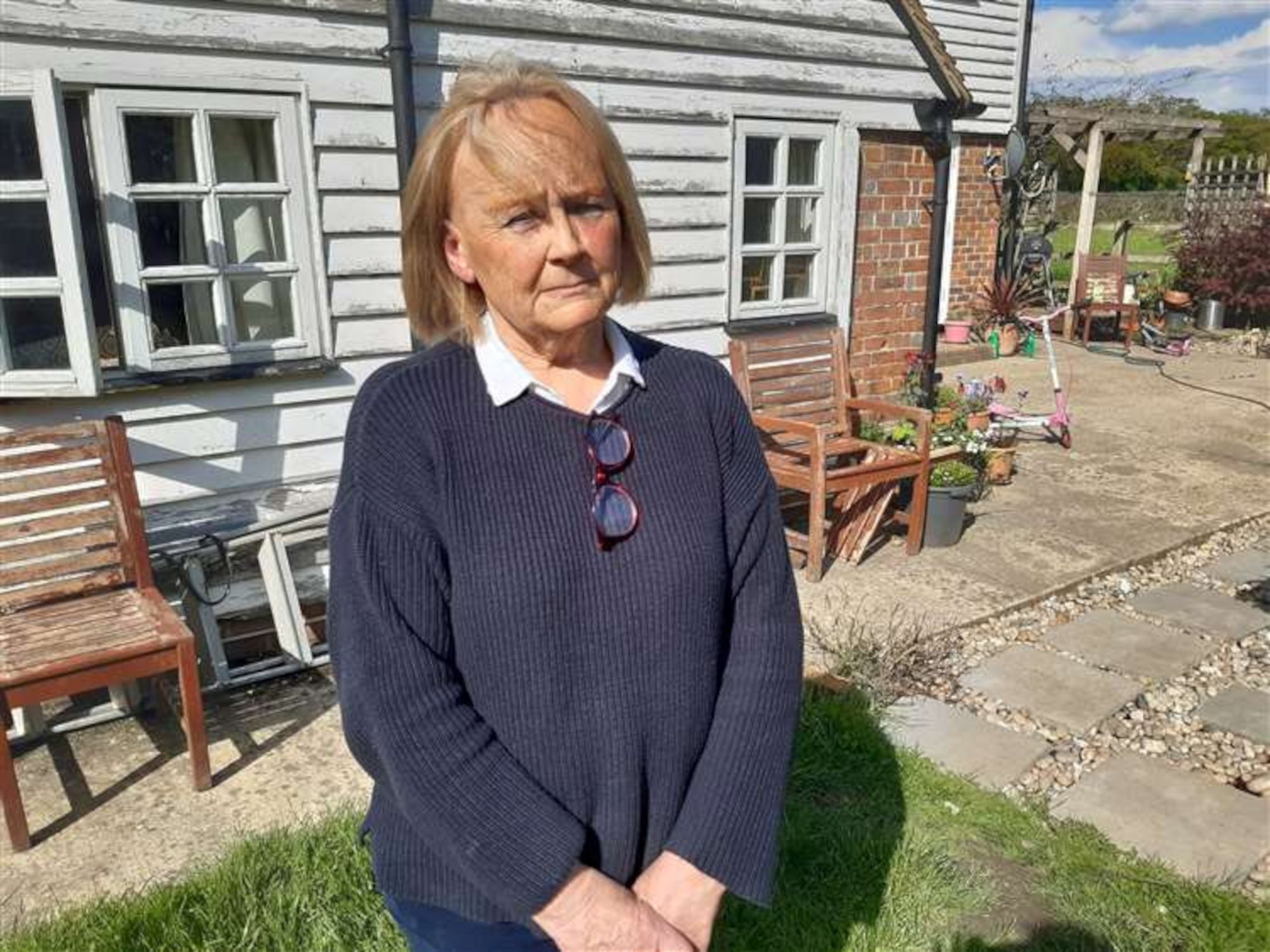 Patricia Shave poses in an undated photo. Shave successfully fought off her neighbor, Paul Body, who planned to build 18 vacation homes in a field behind his garden in Marden, Kent, in the U.K. (Simon Galloway, SWNS/Zenger)

An elderly woman took her neighbor to court over his plans to build vacation rentals in his back garden, but then submitted a similar proposal of her own.

Patricia Shave, a 70-year-old grandmother, successfully fought off Paul Body’s plan to build 18 vacation homes in a field behind his garden.

She successfully sought judicial review of the council’s decision to approve the developments in December 2019.

The council subsequently reconsidered the application and again granted Body permission for the development in Marden, Kent, in southern England, in the United Kingdom.

On the second occasion, the grandmother again threatened to take legal action, with her lawyers issuing a “proposed claim for judicial review,” but didn’t actually go through with it.

Paul Nicholls, of the Graham Simpkins Planning consultancy, which had represented Body, said: “Mrs. Shave was the key objector against my client’s plans.

“She made a point of saying that she did not want any holiday homes close to her, yet she has now applied for a holiday park herself in her own back garden.”

Her son Matthew Shave, who owns a yacht brokerage business in Spain, claimed she doesn’t want to actually build the rental units.

He denied any suggestion his mother is being hypocritical and claimed the proposal was made to “test the system.”

He said: “My mom doesn’t actually want to build the holiday lets – of course she doesn’t. She lives there with my sister.

“When we objected to the application, we warned that if the council was prepared to grant permission there, it would effectively be making any patch of open space in the countryside vulnerable to a similar application.

“That’s what we are doing, testing the system.”

When objecting to her neighbor’s plans on the grounds of “amenity harm,” the elder Shave had said: “The harm will be significant due to noise and disturbance, loss of privacy, odors and reduced outlook, light pollution with loss of dark sky.

“Holidaymakers in the countryside enjoy outdoor activities such as barbecues, games, and music.”

Shave she said she couldn’t make any firm plans.

She said: “I’m waiting to see what the effect of the holiday homes next door will be. If the intrusion is too great, I may have to move – though I don’t want to.”

The grandmother has lived in her 300-year-old cottage since 1993 and raised her three children there.

She is particularly afraid that water run-off from her neighbor’s plot would add to her flooding problems.

She said: “When it rains hard – not a problem at the moment – my garden already floods up to the step. I’m worried that any extra run-off will cause water to come in the house.”

Matthew added: “If my mother does end up having to move, I guess having planning permission for holiday lets may help increase her home’s value.”

Both applications are officially for vacation “caravans” but that is a technical definition and both will have the appearance of three-bedroom vacation lodges.

Marden Parish Council has not objected this time, although it did object to Body’s plans.

But Graham Simkins Planning has objected, on behalf of neighbor Body, saying that Shave had not submitted a drainage statement, ecological appraisal, reptile and bat report, great crested newt report, visual impact assessment, business plan or given a unilateral undertaking to remove permitted development rights – all of which Body had been required to do.

They said that Body did not object to the principle of development.

The development of Body’s site is expected to begin within a few months.

Shave’s application has yet to be determined.