The footage was obtained from the National Guard of Ukraine on Sunday, August 14.
By Joseph Golder August 16, 2022
Facebook
Twitter
Linkedin
Email 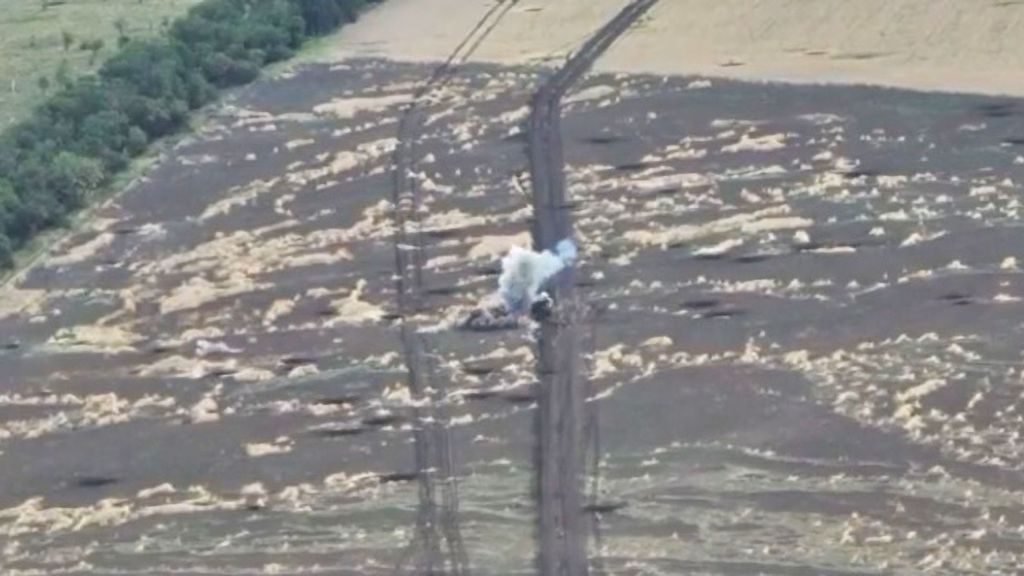 Picture shows Russian BMP in smoke on a dirt road in the Donetsk region in Ukraine in undated footage. The Russian BMP was destroyed with one shot by the National Guard fighters. (@NGUmainpage/Zenger)

Ukrainian Special Forces reportedly destroyed a Russian tank in the Donetsk region, as these images show.

The footage was obtained from the National Guard of Ukraine on Sunday, August 14, along with a statement saying: “The Special Forces of the National Guard destroyed an enemy tank in the Donetsk region with a well-aimed shot. Minus another Russian tinpot.”