The images appear to show one or two Iskanders deploying missiles, with one of them firing.
By Joseph Golder August 16, 2022
Facebook
Twitter
Linkedin
Email 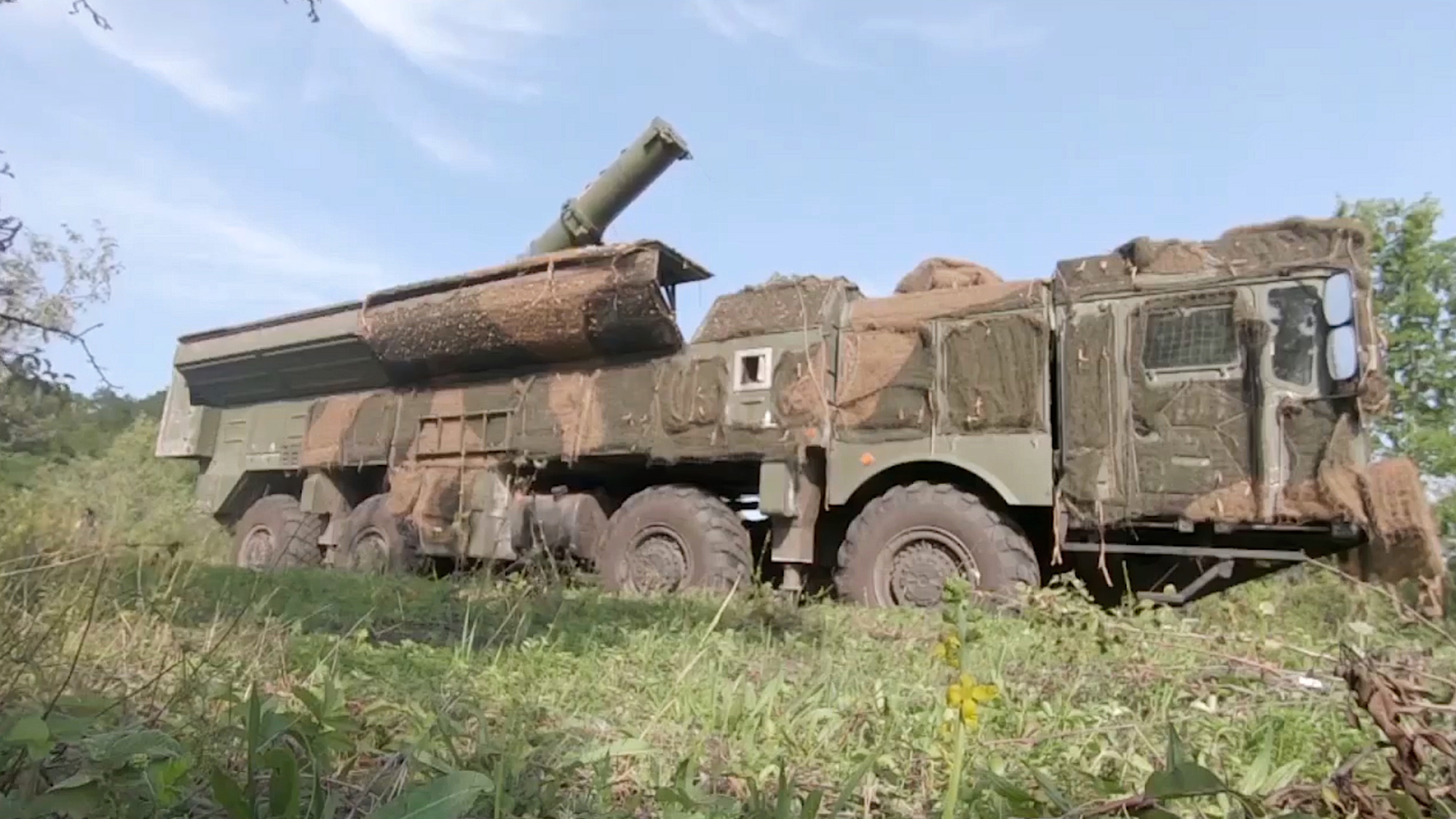 Iskander crew deploys the missile system for a combat mission in Ukraine in undated footage. According to Russian Mod Iskanders are guaranteed to destroy any military facility within 500 kilometers from the front line on enemy territory. (Ministry of Defense of Russia/Zenger).

The Russian Ministry of Defense claimed in a statement, also obtained on Monday, August 15, that the images show one of their Iskanders “striking at the military infrastructure of the Armed Forces of Ukraine in the zone of the special military operation.”

The images appear to show one or two Iskanders deploying missiles, with one of them firing. The footage ends as the missile shoots off into the sky.

“The target coordinates are received, from the command post – the command to prepare is instantly transmitted to the launcher.

“Depending on the components, a missile can hit a large area target – for example, an accumulation of manpower or deliver a pinpoint strike on an underground concrete structure. According to the missilemen, if desired, it can even fly into a window.

“They work in ammunition depots, command posts, and air defense systems. The target can be moving, it doesn’t matter, it can move, for example, at 60 kilometers [37 miles] per hour. Just calculate at what point it will be at the moment of impact.

“From the shelter, the ‘Iskander’ goes to the launch point. This complex is armed with cruise missiles that fly at ultra-low altitude. And they are almost undetectable. ‘Iskanders’ are guaranteed to destroy any military facility within 500 kilometers [310 miles] from the front line on enemy territory.