Roller-Coaster ‘Freak-Out’ Results In Black Out Hilarity At Festival

“He was freaked out, and he was saying ‘There’s no way I can do this. I really don’t want to do this.’
By Simona Kitanovska August 16, 2022
Facebook
Twitter
Linkedin
Email 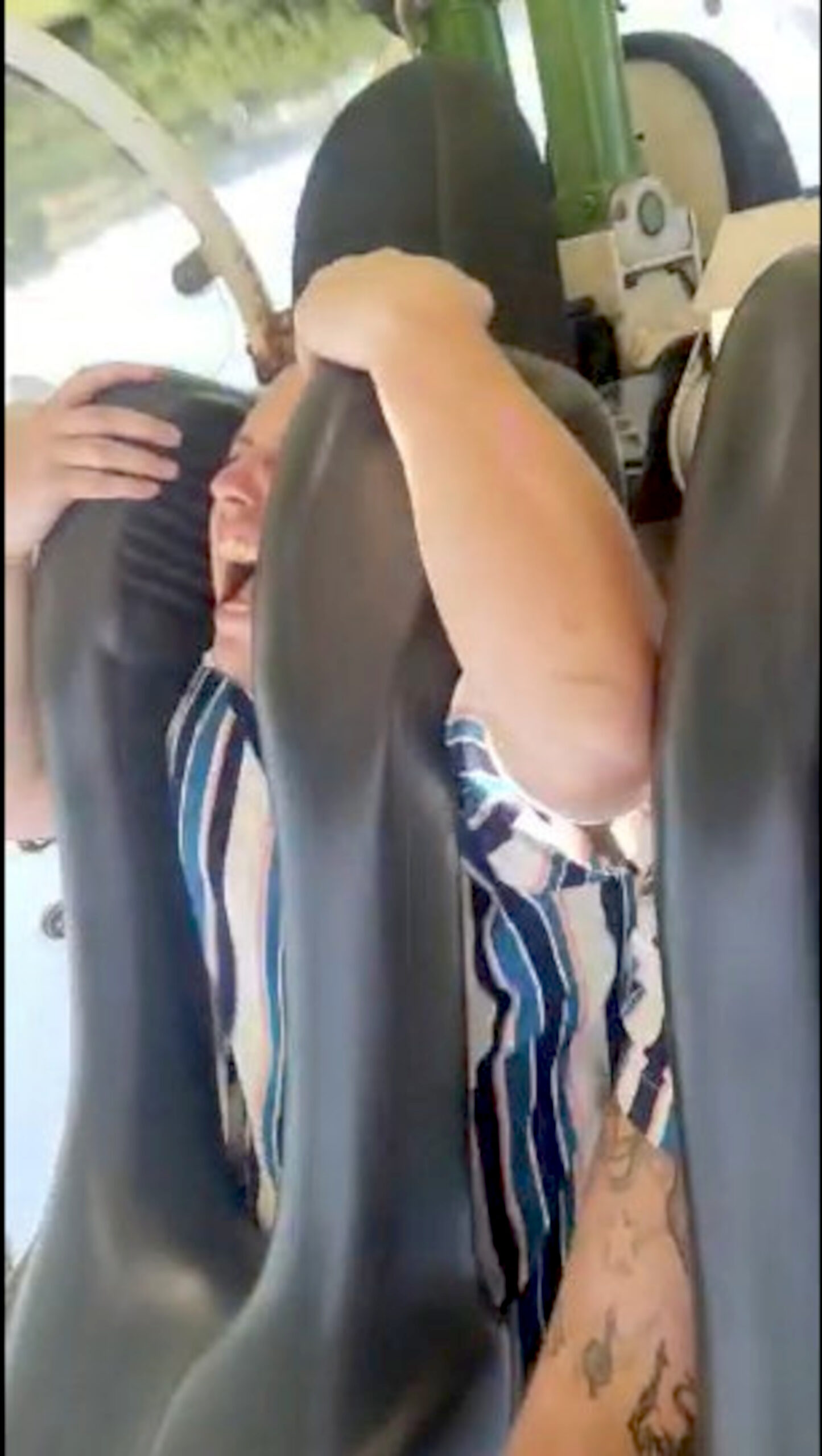 Liam Owens, 26, on the rollercoaster at the rave festival at Tredegar Park, Wales, on July 15, 2022. (Thomas Chapman, SWNS/Zenger)

A freaked-out festivalgoer in the United Kingdom blacked out on a theme park ride beside his giggling rollercoaster-mad pal.

Liam Owens, 26, was at the Color Clash festival in Newport, Wales, in the United Kingdom, when Thomas Chapman, 28, convinced him to go on the pendulum ride, saying: “You only live once”.

But footage shows Owens beginning to shout and swear as the ride begins to rotate, before he finally passes out for 15 seconds during the “intense” experience.

Chapman said he had paid for his rollercoaster-phobic pal’s 10-pound ($12) ticket – and the panicking builder had only agreed to go on after finding out he couldn’t get a refund.

And he admitted he was laughing after he noticed his friend had fainted and continued to see the funny side after the pair finally got off.

Chapman said: “He’s terrified of rides, but I eventually convinced him to go on because I already paid and they wouldn’t refund the money.

“He was freaked out, and he was saying ‘There’s no way I can do this. I really don’t want to do this.’

“But I just kept motivating him, just saying, ‘You only live once’ and ‘If you don’t go on, you’ll regret it.’

“He passed out for about ten or 15 seconds, and I couldn’t stop laughing when he came off the ride.”

The two friends, both from Newport, had gone to the rave festival at Tredegar Par together on July 15, where DJs Basshunter and Example had headlined.

But when Chapman, a child support worker, spotted the rotating ride called “Speed,” he did his best to persuade Owens to give it a go as a way of overcoming his fears.

He said: “You sit in the seat and there are probably about 150 seats on the end of a long tower.

“It spins and flips you upside down and throws you towards the floor, and it’s quite an intense ride. But I love rides and I used to be terrified of them.

“So when I see people who are afraid of rides, it reminds me that if they just get on it, and get it done, sometimes it works and you’re not so scared of it afterwards.”

Chapman said Owens was adamant he would not go on the ride, and only agreed to it after his pal paid for his ticket and was refused a refund.

“We were all waiting in the queue as there was a few of us that wanted to go on, and he was definitely adamant that he wouldn’t.

“But I had paid for him, and they said they wouldn’t refund it, and everyone else had gone on, so I said I’d come on with him.”

Chapman’s footage of Owens during the ride shows him clutching his head and waving his hands in the air, before shrieking with fear as he is tossed about.

And around 45 seconds into the experience, Owens finally slumps into his chair with Chapman shouting, “he’s fainted!”

Chapman said Owens, who didn’t need any medical assistance, had come round when the ride came to a standstill.

And he said he was tempted to take his friend on a further excursion after Europe’s taller rollercoaster opened at Barry Island seaside resort, close to where they live.

He said: “There’s a big ride, I think it’s the biggest one in Europe, which has just opened up in Barry Island, which is a seaside resort in Wales.