Popcorn With Zenger: ‘Prey’ Makes For A Solid But Flawed Addition To A Broken Franchise 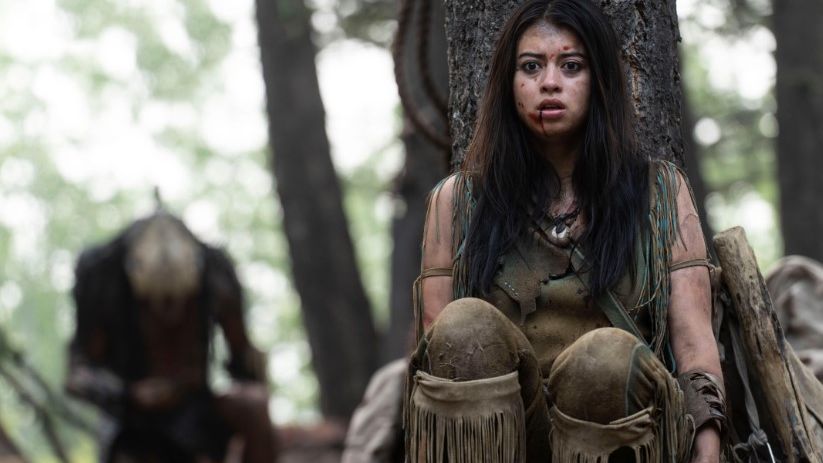 While a new “Predator” won’t excite longtime fans of the series, Hollywood nets enough money from the franchise to currently stream its prequel — “Prey” — on Hulu rather than debut a theatrical release.

And the decision paid off.

The Disney-owned streamer reported that “Prey” earned the most viewing hours in its first three days of any show to date, according to Variety.

There has been a lot of speculation over the last few months about “Prey” within the “Predator” franchise. Instead of Arnold Schwarzenegger, Danny Glover or even Adrien Brody battling one cinema’s most iconic monsters, this round we have a 25-year-old actress, Amber Midthunder, as the warrior challenging the world’s most advanced predator. Midthunder is known for her roles on the FX series “Legion” and The CW series “Roswell, New Mexico.”

That’s a plus, since “Predator” fans haven’t had much to cheer about over the 30 years — unless you include the “Alien vs. Predator” series as a high point.

The last time Hollywood tried to screen a “Predator” film at the box office, film star Olivia Munn exposed the director for putting a child predator in the production.  In addition, the film received terrible reviews from critics and audiences alike. Not wanting to risk another $90 million on a “Predator” film, 21st Century Fox opted for a streaming prequel.

The Story: Set in the year 1719, “Prey” is a film about a young Comanche woman named Naru (Amber Midthunder), who is trained to be a healer but dreams of becoming a great hunter, like her brother, Taabe (Dakota Beavers). Naru wants to prove her worth to the rest of the tribe, but they believe she should be a tracker rather than a hunter.

While tracking deer with her dog Sarii, she witnesses the arrival of a “thunderbird” in the sky, not understanding the impending threat. When the tribe creates a search party for the mountain lion they believed attacked one of their hunters, an unknown stalker follows them. It isn’t until the stalker starts killing larger animals that the threat materializes. Naru is the only person who has the skills to outsmart the monster before it wipes out her tribe and anything else that gets in its way.

“Prey” offers a much different take on a plot line seen multiple times. There is a stronger focus on the characters rather the monster, which could be a negative, depending on the level of carnage desired. The cinematography is one of the film’s best aspects, as the exterior shots take place in Calgary, Alberta, Canada.

The actors don’t have much to work with, given the constraints of the script. But their performances are solid enough to compensate for any shortcomings in the writing. Calling it one of the better “Predator” movies may seems presumptuous, but given the franchise’s track record, it’s a telling endorsement.

Weak Spots: The term bait-and-switch has gained a lot of steam in Hollywood over the last few years, due to the practice of marketing something intriguing — then debuting a film that doesn’t deliver the goods.

Despite “Prey” being a “Predator” movie, you won’t see much of the predator until the midway point, 45 minutes into the film. The lack of true predator action isn’t the only problem. The movie doesn’t seem to know how it wants to portray its protagonist Naru.

The character of Naru is Hollywood’s strong female lead looking for ways to overcome gender roles. While the film portrays her as someone capable of taking out an army of men single-handedly, the Predator refuses to kill her because he doesn’t consider her a threat. While one can view this as a sexist reaction made by an intergalactic alien, it adds to the numerous plot holes within the story.

The Takeaway: “Prey” is a much better film than 2018’s “The Predator,” since it doesn’t attempt to be a comedy. There aren’t any bad aspects, but the biggest knock on the film is that the story is uneventful, rendering the final product largely mediocre.

See or Skip: While some critics will praise the Native American representation in the film, “Prey” is just another streaming movie.