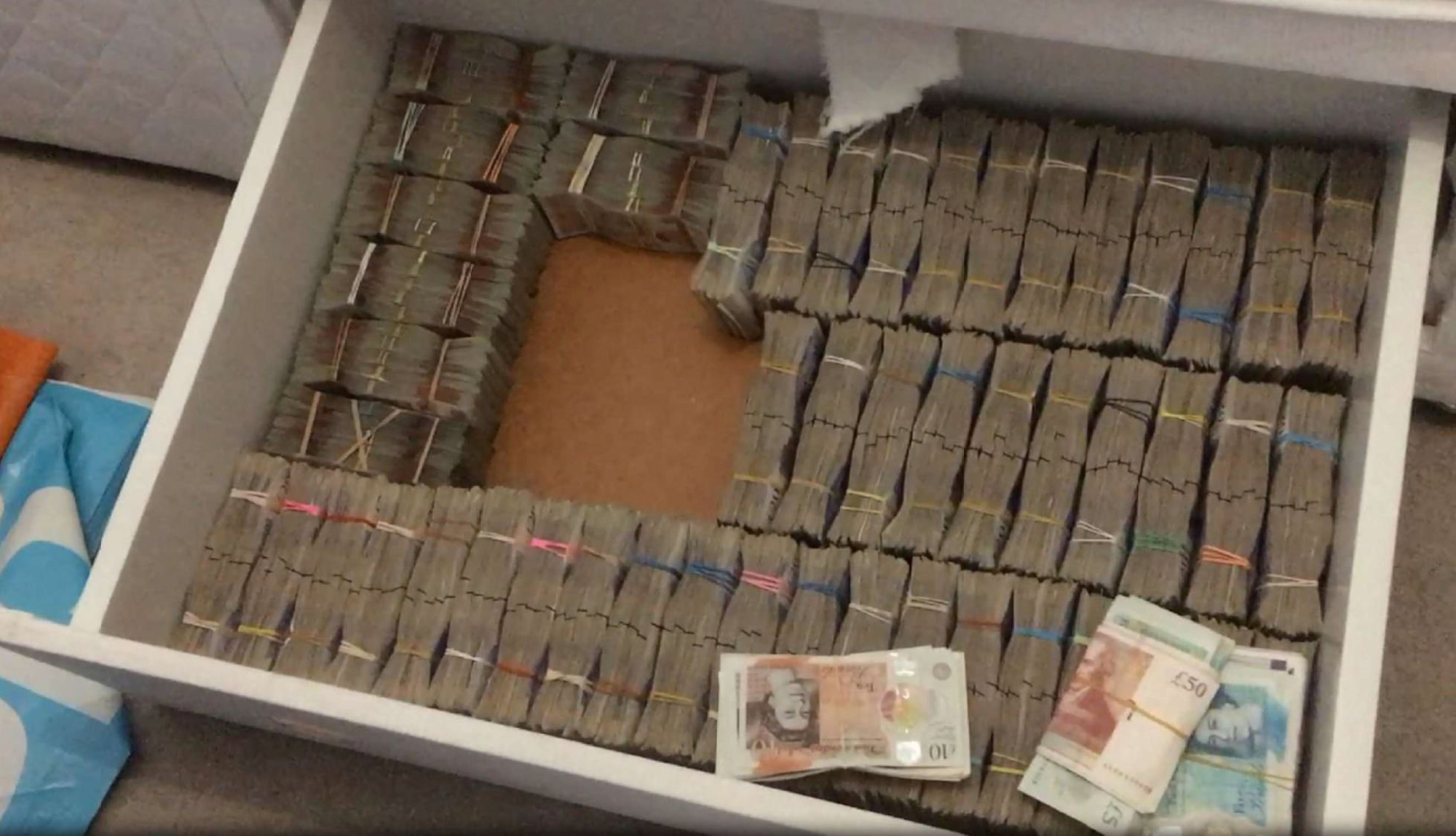 The money draw under Lin Guo's bed pictured in an undated photo. Guo pleaded guilty to money laundering and was sentenced to two years in prison, suspended for 18 months, at Inner London Crown Court on Thursday August 11, 2022. (Matthew Newby, SWNS/Zenger)

A money launderer had over $300,000 in cash stuffed under his bed when police searched his house.

Lin Guo, 32, was stopped by officers at Canning Town Station, a borough in East London, England, in November 2019 carrying a black rucksack with 20,000 British pounds ($24,141) in cash wrapped in a Chinese newspaper inside.

He said a set of keys that officers had found belonged to a friend and that he had been given them while walking to the station, but they actually opened the doors of his home address nearby.

When police searched that address they found 252,000 British pounds ($304,152) in a drawer under the bed in a spare room, hidden underneath some reusable shopping bags.

There was 6,300 British pounds ($7,604) more in cash in a bedside table, along with two cash-counting machines and a device used to check for fake notes.

Several mobile phones were found and with the help of a Chinese interpreter, officers discovered they were being used in Chinese underground banking.

Because the Chinese government does not allow its citizens to exchange more than $50,000 worth of Chinese yuan currency into foreign currencies each year, many Chinese nationals use this system of underground banking to transfer money out of the country.

Someone wanting to transfer money to the U.K. will send money electronically to an account in China controlled by someone from an organized crime group.

That group will then raise the equivalent value in cash from criminal sources and deposit that into a U.K. bank account controlled by the sender.

Crime groups often recruit Chinese students studying in the U.K. to use as mule accounts, so that large amounts of cash can be split up and distributed in smaller, less conspicuous batches.

Guo was using his home as a cash house, where money was stored and counted before being deposited.

Messages found on his phone dated throughout 2019 talked about currency exchange, details of bank transfers in China, and screenshots showing money transfers as well as messages from individuals asking for exchange rates.

He must also complete 200 hours of unpaid work within 12 months.

His phones and cash-counting machines will be destroyed and all cash found at his address has been seized by police.

Detective Inspector Mark Forster, from the City of London Police, said: “Guo portrayed himself as an innocent person when he was stopped by officers, but the reality was, he was part of an organized crime group (OCG) involved in money laundering.

“He was responsible for holding cash and distributing it to others lower down in the OCG to deposit it into the U.K. banking system.

“This causes significant harm to the U.K. economy and those involved in this type of crime need to be held to account for their actions.”