Interestingly, respondents will give new doctors an average of four chances before moving on.
By Simona Kitanovska August 15, 2022
Facebook
Twitter
Linkedin
Email 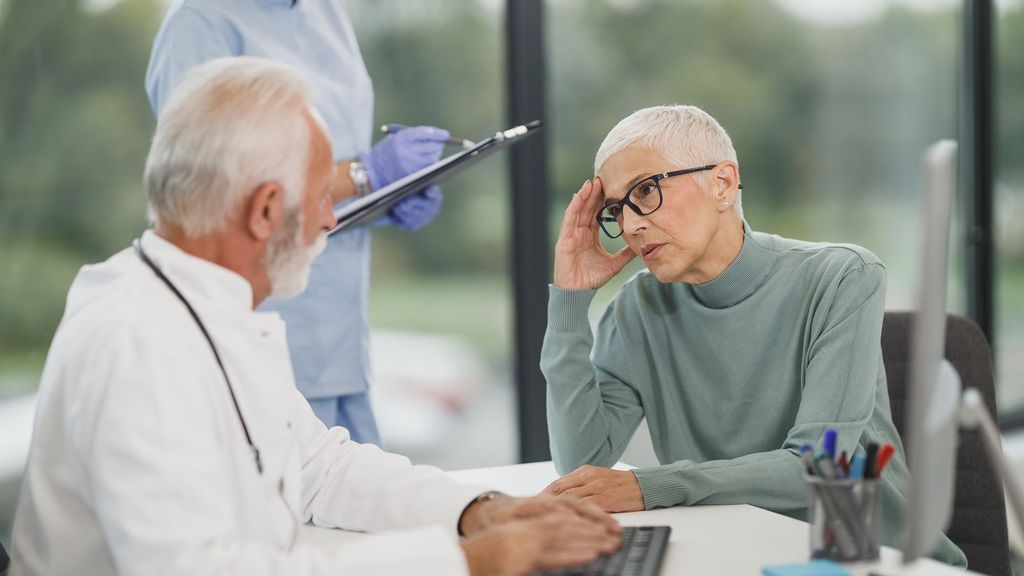 New survey conducted by OnePoll on behalf of practice technology leader ModMed found that 9 in 10 Americans look for a doctor that uses the latest technology. Undated illustration. (Josh Castronuovo, SWNS/Zenger)

According to new research, about three in four patients are likely to keep a “mental scorecard” of everything they like and dislike about a doctor’s office.

In a recent poll of 2,000 Americans — including 1,500 with health insurance and 500 without — data showed that almost four in five respondents (79 percent) place importance on things like timeliness and wait time.

When deciding to stick with the same doctor, two-thirds (67 percent) also place importance on how personable and engaged their doctor is, and 39 percent have switched doctors because the office staff was not friendly.

In fact, while two in five respondents found themselves at a new office because of a change in their insurance, 35 percent did so to find a doctor who was a “better fit.”

The poll, conducted by OnePoll on behalf of practice technology leader ModMed®, also asked respondents about their experiences with the technology used at their doctor’s office.

Overall, nine in 10 said they place importance on their doctor using the latest technology.

So much so that for 61 percent of respondents, being able to make online appointments is an important factor when deciding whether or not to stick with a doctor.

Before attending an appointment with a new doctor, 38 percent of respondents said they check out the doctor’s office website, and almost three-quarters (74 percent) place importance on online reviews when selecting a new doctor.

After the appointment, 59 percent of respondents indicated they are more likely to pay a bill faster if given an online option,* and 44 percent prefer to access test results either online or through a portal.

Interestingly, respondents will give new doctors an average of four chances before moving on.

“The survey demonstrates that patients want to be able to easily schedule appointments and communicate with their provider before, during and after an appointment, a trend that was emerging before the pandemic, but which has sped up as a result,” said Daniel Cane, CEO and co-founder of ModMed.

“Patients are increasingly interested in taking a more prominent role in managing their healthcare. From scheduling their own appointments to accessing medical records to making payments from their phone, the appetite for patient participation is growing,” he said.

Although 38 percent of those polled have noticed an influx of new telehealth or virtual appointment options, another 38 percent prefer to have first-time appointments in-person, as opposed to the 20 percent who prefer a virtual visit.

The survey also suggests that patients want telehealth to remain an option. While 67 percent of respondents feel that routine, virtual doctor visits are not as effective as in-person, 22 percent believe that virtual visits are especially beneficial for urgent or time-sensitive visits.

And when the appointment time arrives, nearly a majority (46 percent) of respondents prefer that their doctor use a tablet to review their medical history or take notes.

These preferences also extend beyond the appointment: 46 percent prefer to request prescription refills through an app, and two in five would rather send messages to their doctor virtually.

After their first appointment, respondents were divided on the type of appointment they prefer for a follow-up. One-third favor a mix of both in-person and virtual, compared to those who’d rather have one or the other (37 percent vs 26 percent, respectively).

Regardless of how the appointment takes place, 70 percent of respondents find it important for their doctor’s office to engage in follow-up communication.

“The key thing for me as a physician is seeing patients rather than charting. Looking directly at my patients takes on additional importance and meaning. Because our electronic healthcare record technology works seamlessly on an iPad, it enables me to spend more time face-to-face with patients,” said Dr. Veling Tsai of Caring ENT.

Most commonly noticed types of new digital or mobile experiences: