The footage was obtained from the 44th Artillery Brigade of the Ukrainian Ground Forces on Thursday, August 11.
By Joseph Golder August 15, 2022
Facebook
Twitter
Linkedin
Email 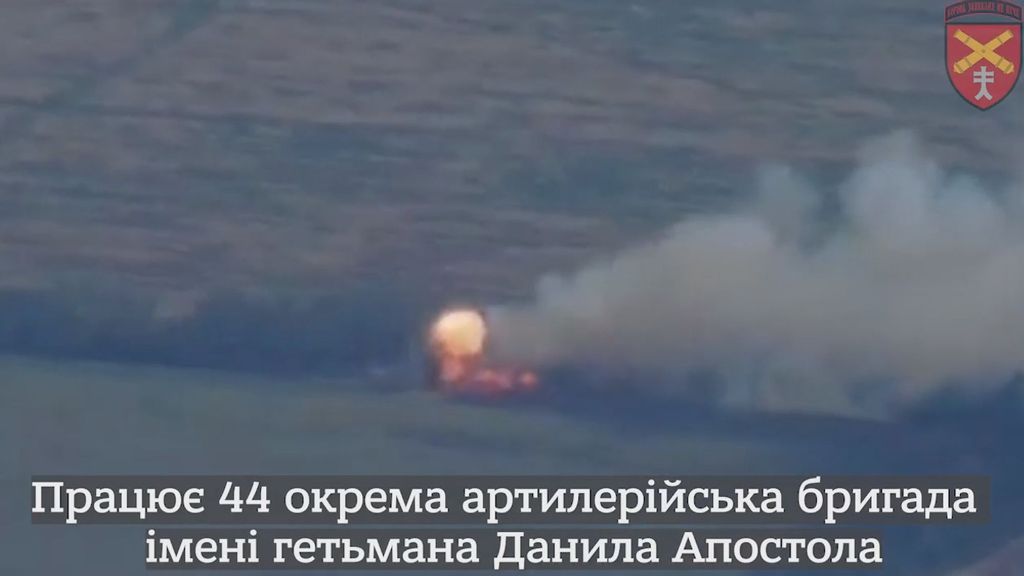 These images show Ukrainian artillerymen smashing Russian howitzers to pieces and joking that they are “somewhere near the Crimean airfield”.

The images show a Russian howitzer and other military equipment being pummeled by Ukrainian artillery as numerous explosions cause a massive cloud of smoke to rise into the sky somewhere on the frontlines.

The footage was obtained from the 44th Artillery Brigade of the Ukrainian Ground Forces – also known as the 44th Separate Artillery Brigade named after Hetman Danylo Apostol – on Thursday, August 11, along with a short statement in which they joked that they were “somewhere near the Crimean airfield”.

Zenger News contacted the head of the public relations service of the Ground Forces Command of the Armed Forces of Ukraine, Major Fityo Volodymyr, who confirmed that the footage was authentic and that the 44th Separate Artillery Brigade was indeed joking about being “near the Crimean airfield”.

During peacetime, the 44th Separate Artillery Brigade is based in the western Ukrainian city of Ternopil.