The footage was obtained from the 40th Artillery Brigade of the Ukrainian Ground Forces on Thursday, August 11.
By Joseph Golder August 15, 2022
Facebook
Twitter
Linkedin
Email 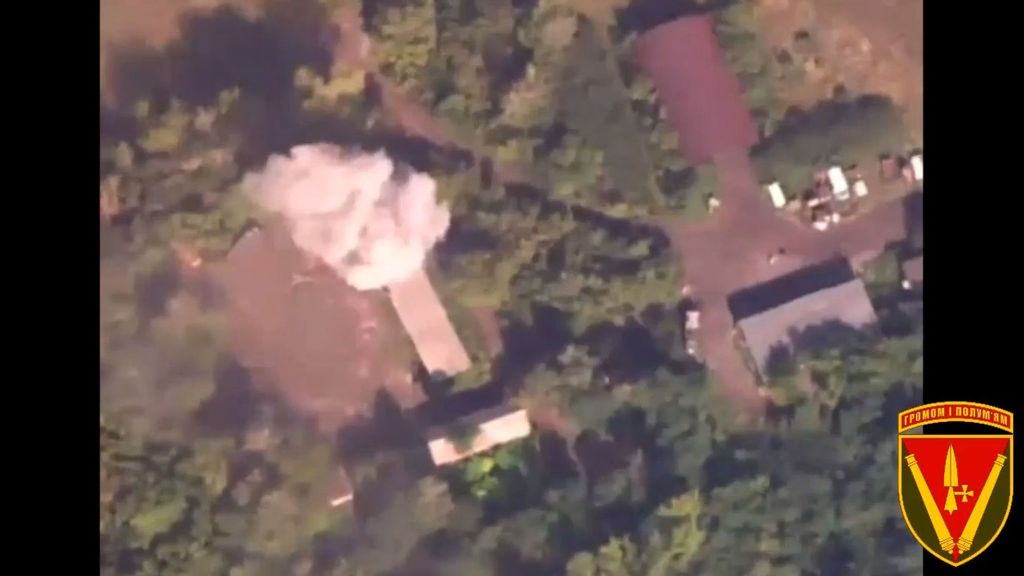 Picture shows Russian tank in smoke after it was destroyed by the fighters from the 40th artillery brigade in Ukraine in undated footage. Ukrainian authorities repot that the tank was destroyed by a M777 howitzer.  (@40OAbrigade/Zenger)

These images show how Ukrainian artillery troops hunted down a Russian tank and blasted it to pieces after they tracked it to a hangar.

The footage, which appears to have been shot from a drone, shows how the Russian tank was tracked as it scurried down a road somewhere on the Ukrainian front lines before trying to hide in the hangar.

The hangar and the surrounding buildings can then be seen being blown up as they are targeted by Ukrainian artillery fire.

The footage was obtained from the 40th Artillery Brigade of the Ukrainian Ground Forces – also known as the 40th Separate Artillery Brigade named after Grand Duke Vytautas – on Thursday, August 11, along with a statement saying: “Everything is going according to plan. Or as they say in the swamps… The demilitarization continues.”

Ukrainian media reported that an American M777 howitzer was used to blow up the tank and the hangar.

Zenger News contacted the head of the public relations service of the Ground Forces Command of the Armed Forces of Ukraine, Major Fityo Volodymyr, who confirmed that the footage was authentic and that the hangar and the Russian tank were destroyed. But he could not confirm whether or not an American M777 howitzer had been used.

The images were also relayed by the Office of Strategic Communications (StratCom) of the Armed Forces of Ukraine along with a statement in which they said: “The work of our gunners is very difficult, but the results of such work, as always, are impressive.”

They also said: “Together we will win! Glory to Ukraine and its soldiers! Death to the enemies!”