After her first infected tooth caused her pain in March 2020, she resorted to desperate measures when the pain became unbearable.
By Simona Kitanovska August 15, 2022
Facebook
Twitter
Linkedin
Email 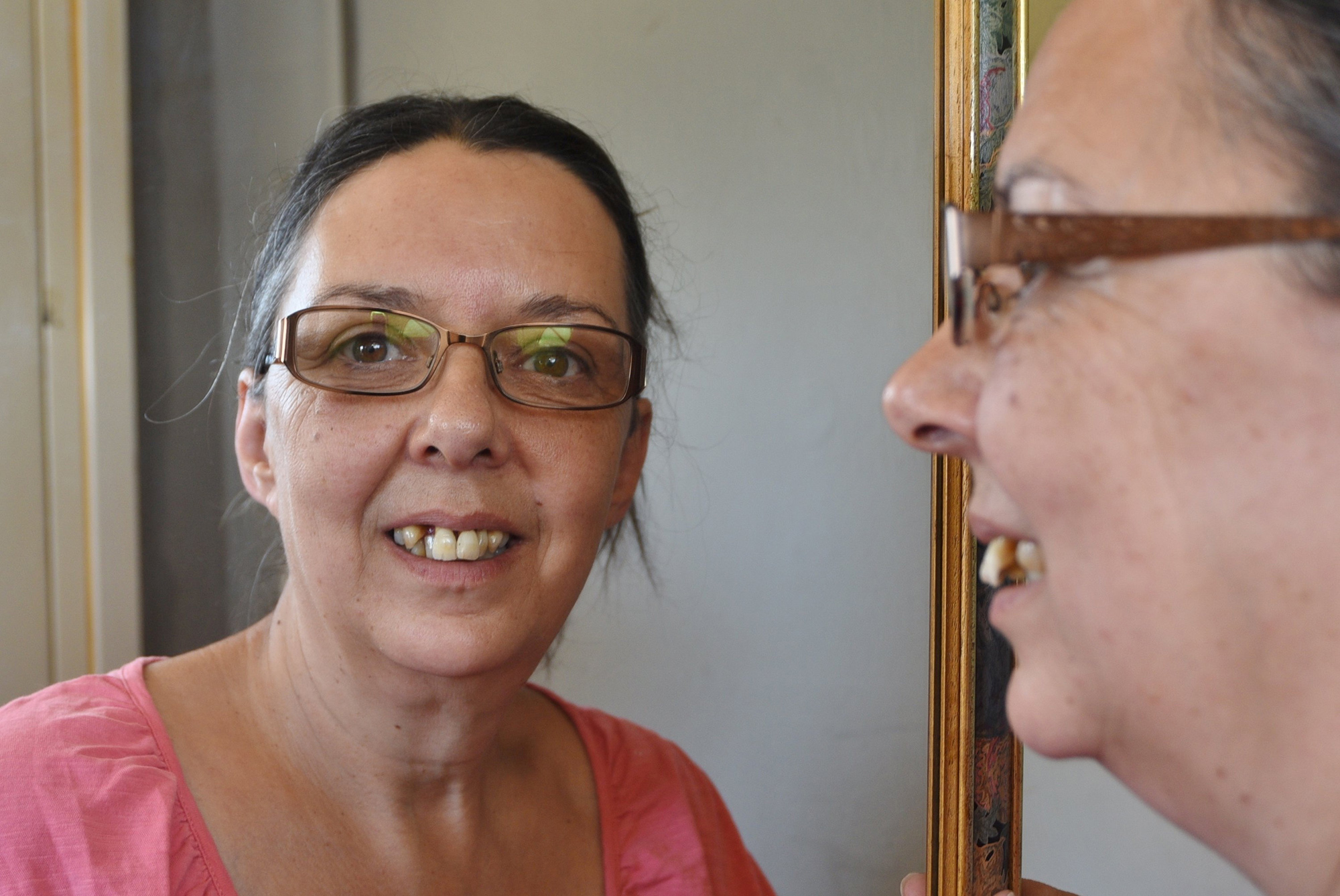 Layla Waters, who has pulled her own teeth out because she could not get a dentist appointment, poses in an undated photo. (David Lowndes,Peterborough Telegraph,SWNS/Zenger)

A desperate mother-of-two has pulled her own teeth out three times – after failing to get a dentist appointment from Britain’s National Health Service.

Layla Waters, 52, contacted every National Health Service dentist within 70 miles of her house in England but couldn’t get a face-to-face appointment in over two years.

After her first infected tooth caused her pain in March 2020, she resorted to desperate measures when it became loose and the pain was unbearable.

She wrapped a piece of kitchen towel around the troublesome tooth and yanked it out herself.

But just two months later, she was forced to do the same again when a second tooth became infected.

And she completed the unwanted hat-trick in February this year when a third infected tooth had to come out.

Waters said: “Every time I phoned to try to book an appointment, because of lockdown and the shortage of dentists, I could never get in.

“They kept sending me prescriptions for antibiotics and I must have had around ten prescriptions over the last couple of years to try to get the infections under control.

“In the end, it was so bad that I decided I had to do something.

“I used kitchen roll to grab the tooth, so it wouldn’t slip, and pulled.

“It took two or three attempts, but it came out. I couldn’t get out of bed for a couple of days – I was curled up in a ball crying.”

She now only has one back molar left on the left side of her mouth and just two on the right.

Waters, of Peterborough, Cambridgeshire, north of London, in the United Kingdom, described the situation as “a nightmare from start to finish” and says it has affected her confidence “massively.”

She said: “Eating is becoming a massive issue.

“It has affected my confidence massively – I don’t go out or socialize because the moment I open my mouth it’s obvious I’ve got missing teeth.

“I get through a pack of painkillers every two days. I suffer from toothache, and all of my teeth are loose now.

“I’ve called 49 dentists in total now. The best response I’ve had is that I could be put on the waiting list, but it was 18 months long.

“I’ve been going round and round in circles and keep being met by a brick wall.

“We need more NHS dentists – I just want to get my teeth sorted.”

Waters, who receives welfare payments under Britain’s Universal Credit scheme because she can no longer work due to fibromyalgia, has continued to seek a government-subsidized dentist as she cannot afford the cost of private dental care.

But according to the National Health Service website, there are currently no subsidized dental practices in Peterborough taking on new adult patients.

It comes after an investigation by the BBC revealed that nine in 10 National Health Service (NHS) dentists across the U.K. are not accepting new adult patients for treatment under the health service.

The investigation, which contacted almost 7,000 dental practices, found that in one-third of Britain’s more than 200 local council areas, no dentists were taking on adult NHS patients.

Waters added: “It’s just so sad in this day and age that people have to resort to this.

“I always managed to get my prescriptions when I needed it, that was never an issue.

“The problem was getting a face-to-face appointment with a dentist.

“It’s not their fault so I don’t want to bash the dentists.

“I don’t understand the politics of it and I won’t pretend I do, but whoever is in charge of making incentives to become an NHS dentist needs to take a look at it.

“There never used to be a shortage, I don’t know what’s causing the shortage, but all of a sudden there is a shortage of dentists.”