The footage was obtained from the Russian Ministry of Defense on Friday, August 12.
By Joseph Golder August 15, 2022
Facebook
Twitter
Linkedin
Email 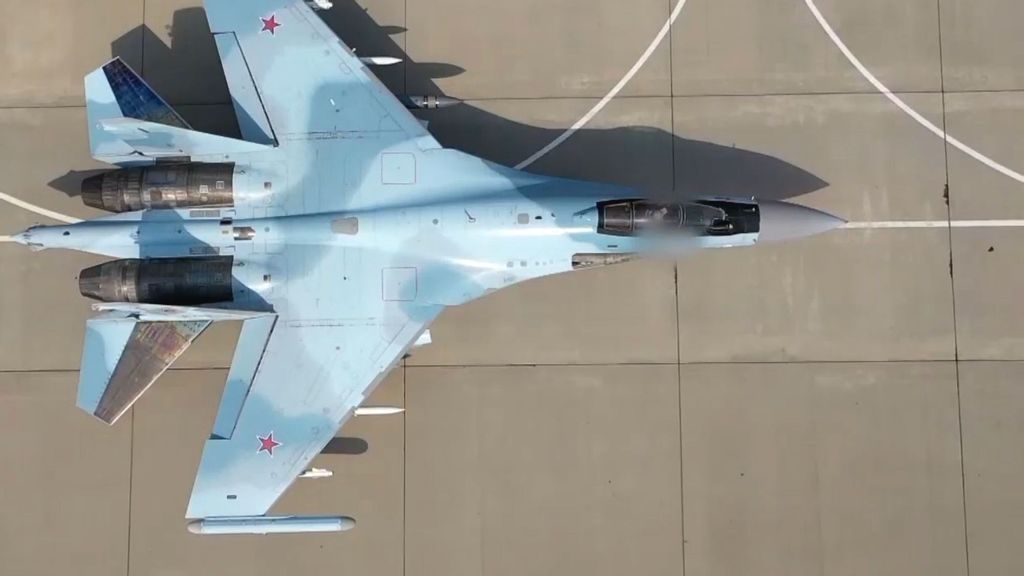 Picture shows Russian Su-35S fighter before it takes off to combat mission in Ukraine in undated footage. The Sukhoi Su-35 is the designation for two improved derivatives of the Su-27 air-defence fighter. (Ministry of Defense of Russia/Zenger)

The footage was obtained from the Russian Ministry of Defense on Friday, August 12, which marks the 110th anniversary of the Russian Air Force, which was established on August 12, 1912.

The video begins by allegedly showing a Russian fighter jet taxiing on a runway at an undisclosed location before taking off into the sky.

The images then allegedly show the plane flying high in the sky above the clouds. The video then cuts to what appears to be the plane’s targeting system as it fires its ordnance.

The Russian MoD claimed in a statement (in English) that the images show “combat sorties of Western MD’s Su-35S fighter crews to destroy military infrastructure facilities of AFU [the Armed Forces of Ukraine] during the special military operation.”

The Russian MoD also claimed: “Operational-tactical aircraft are flown from temporary airfields to accomplish their missions.

“The aircraft are operated during daylight hours and at night in all weather conditions.”

The Imperial Russian Air Service – literally the ‘Emperor’s Military Air Fleet’ in Russian – was an air force founded in 1912 by Imperial Russia. It was abolished in 1917 during the Russian Revolution and only saw combat in World War I before it was reorganized and renamed following the birth of Soviet Russia. It formed what would later become known as the Soviet Air Forces.

Russian state news agency TASS also reported on the footage and said: “The Russian Air Force is celebrating its 110th anniversary on Friday. Russian Defense Minister Sergei Shoigu congratulated the pilots, navigators, aviation specialists and workers of the military-industrial complex on their anniversary.”