He was left in the hospital for five days and needed surgery which left him with huge scars on his head.
By Simona Kitanovska August 15, 2022
Facebook
Twitter
Linkedin
Email 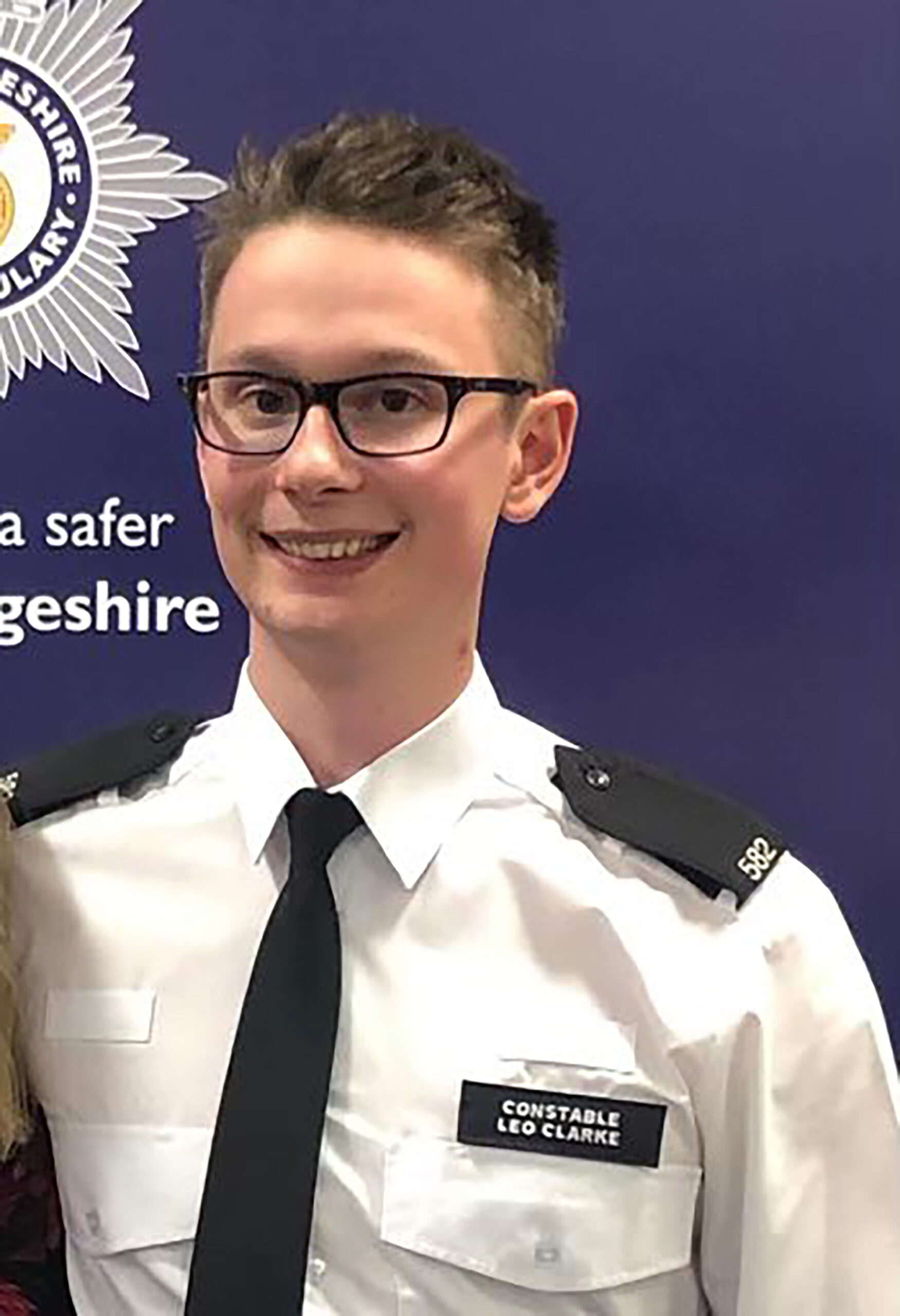 Police Constable Leo Clarke in an undated photo. Clarke was left with a potentially deadly brain bleed after being attacked by Joshua Gull just as he started his new career as a police officer in Cambridgeshire - a county north of London in central England. (Adam Harnett, SWNS/Zenger)

An English cop, who needed life-saving brain surgery after he was punched in the head by a violent thug, has told how he was so delirious he even offered to “drive back to the nick:” which is British slang for the place where an arrest has taken place.

Police Constable Leo Clarke, then 24, was left with a potentially deadly brain bleed after being attacked by Joshua Gull, then 27, just as he started his new career as a police officer in Cambridgeshire — a county north of London in central England, in the United Kingdom.

He was left in the hospital for five days and needed surgery which left him with huge scars on his head.

Gull was jailed for the horrifying attack and the rookie officer has spoken out for the first time about his ordeal.

Speaking to the Cambs Cops podcast he said he was so unaware of his own injuries, he didn’t know if he had been punched, and even offered to drive.

He said: “I think he might have thrown a fist.

“This bit’s a little bit, um, not blurry, but with the adrenaline and everything that happens it goes so quick. So yeah, potentially a fist gets thrown.”

The police officer then spent the next 20 minutes trying to de-escalate the situation while backup arrived.

Gull was quickly arrested by arriving officers and placed in the back of the van.

Clarke added: “I think one of my colleagues started asking, ‘are you okay?’

“Cause I sort of said: ‘I’ll drive back to the nick, get the paperwork started.’

And they’re like, ‘no, you are not driving, one of us will take you’.”

It wasn’t until he tried to climb the stairs of the police station he realized something wasn’t quite right.

Once up the stairs, Clarke went to speak to his skipper where he claims he was told he was “speaking gibberish and saying I lived in the car park.”

The officer was quickly rushed to Peterborough City Hospital where he was unable to confirm his birthday and where he lived.

The court heard that Gull had missed a psychiatric appointment at Peterborough City Hospital on the morning of the assault, and walked to the family address prior to speaking with a doctor.

He was sentenced in April 2021 to one year and eight months in jail.

He spoke out on the podcast this week.