The Cuban cigar became an integral component of Churchill's public image - he smoked as many as ten a day.
By Martin M Barillas August 15, 2022
Facebook
Twitter
Linkedin
Email 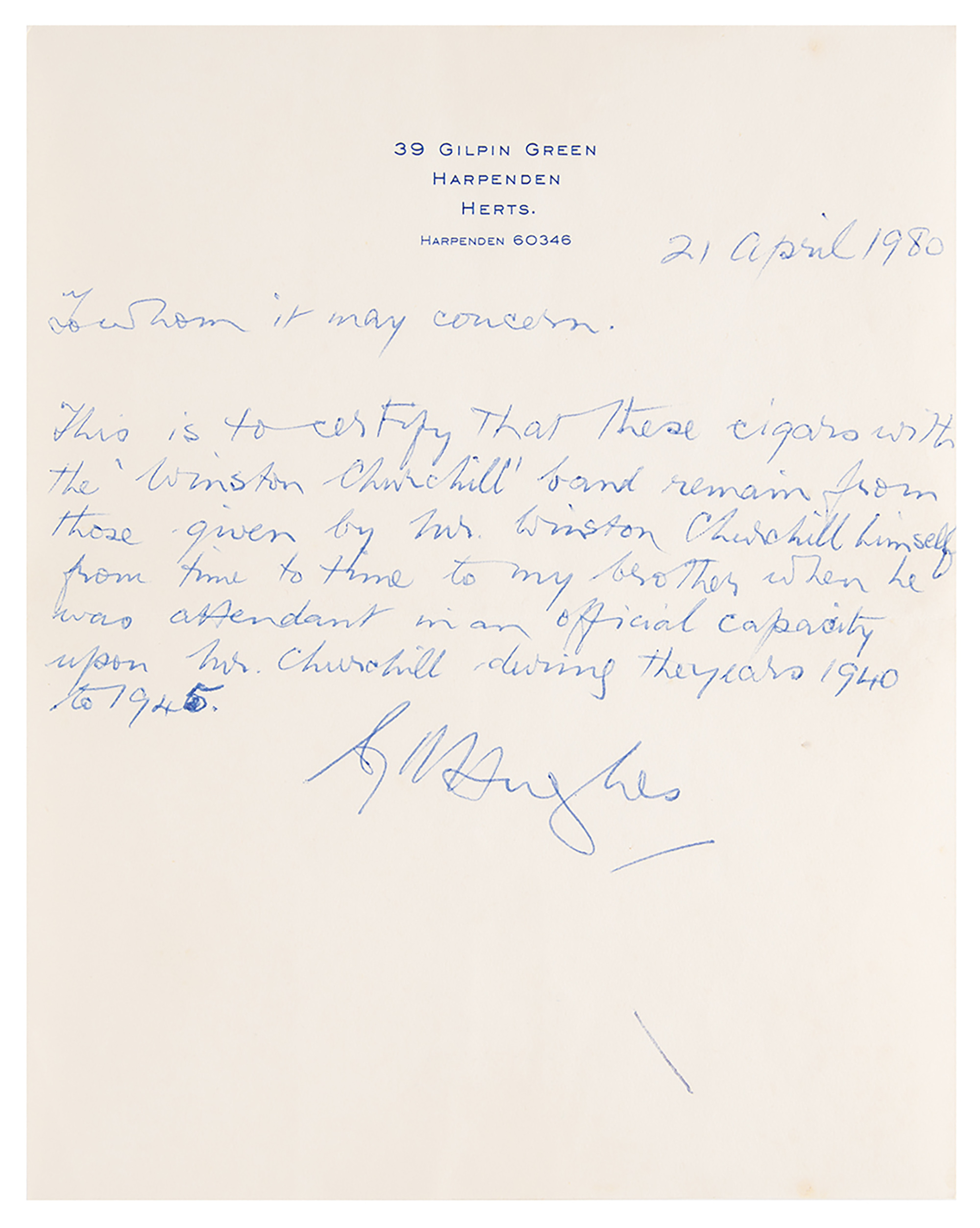 A rare box of Winston Churchill’s iconic cigars has sold for almost $20,000.

Ten of the wartime prime minister’s personal ‘La Corona’ cigars sold at an auction in Massachusetts this week.

According to Boston-based RR Auction, Churchill was reportedly first supplied with Corona cigars with his name on the band in 1940 as a generous gesture of support by New York businessman Samuel Kaplan.

The Cuban cigar became an integral component of Churchill’s public image – he smoked as many as ten a day, and was rarely pictured without one.

The original recipient was given the cigars by Churchill, while employed in an official capacity as a wartime attendant between 1940 – 1945, according to the brother of the recipient in a letter of provenance accompanying the sale.

The cigars by Álvarez López y Cía of Havana, Cuba, with each cigar featuring a red band imprinted in white with the prime minister’s name: “Winston Churchill.”

“The Cuban cigar became an integral component of Churchill’s public image—he smoked as many as ten a day, and was rarely pictured without one,” said Bobby Livingston, Executive VP at RR Auction.

The cigars are accompanied by a letter of provenance dated April 21, 1980, reading:

“This is to certify that these cigars with the ‘Winston Churchill’ band remain from those given by Mr. Winston Churchill himself from time to time to my brother when he was attendant in an official capacity upon Mr. Churchill during the years 1940 to 1945.”

Cigars became such a hallmark of Churchill’s appearance that Romeo y Julieta, who manufactured one of his favorites, has long named one of their cigars for the famous wartime leader. A Churchill-size cigar made by Romeo y Julieta measures seven inches in length and has a ring gauge measurement of 50.

A Corona-size cigar made by Romeo y Julieta measures 5.62 inches in length and has a ring gauge of 45. A cigar with a 45-ring gauge, for example, is 45/64 of an inch in diameter.

Álvarez López was a cigar manufacturer based in Cuba, founded in 1845. Following the seizure of properties by the Communist revolution of 1960, the cigar maker eventually made its way to the Dominican Republic. It is now a discontinued brand. In the early 1950s, Corona-sized cigars made by the company were retailed at 35 cents each or three for a dollar.