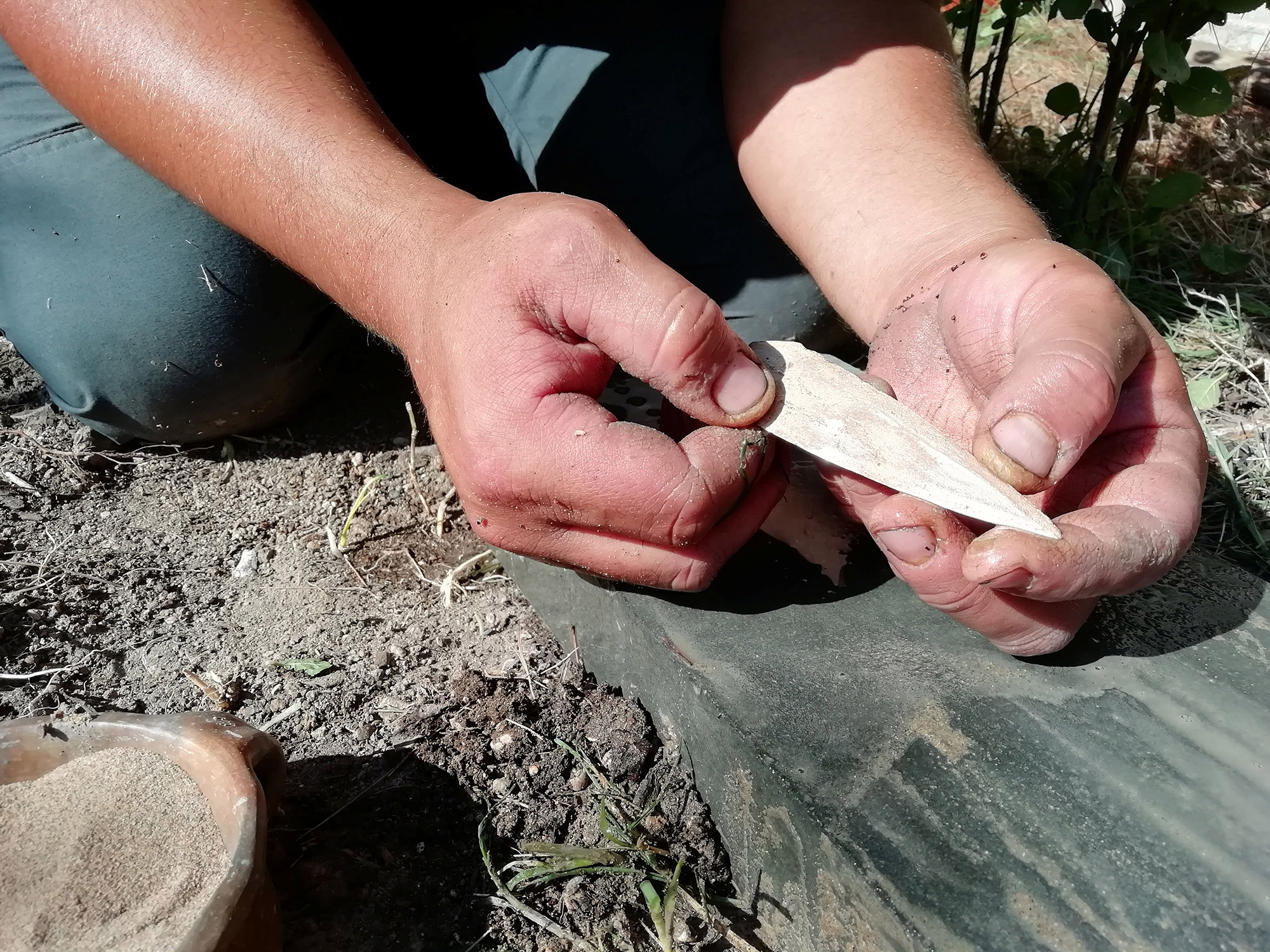 Prehistoric Bronze Age daggers weren't used as weapons but mainly as tools for skinning animal carcasses, reveals new research.The knives, made from copper alloy, were widespread in Europe including Britain and Ireland, appearing around 5,000 years ago. (Newcastle University,SWNS/Zenger)

Prehistoric Bronze Age daggers were mainly used as tools for skinning animal carcasses rather than as weapons, reveals new research.

The knives, made from copper alloy, were widespread in Europe including Britain and Ireland, appearing around 5,000 years ago.

The study was published in the journal Scientific Reports.

As most of these daggers have been recovered as burial goods in warrior graves, it was thought they had a ceremonial purpose to show the status of the deceased.

But Newcastle University scientists in northern England developed a new technique to study organic material on the blades.

They discovered lots of traces of bone and sinew of animals and when they made reproductions of them found that skinning animals was their best use.

Archaeologists have long debated to what purpose these objects were put, with some saying they were primarily ceremonial objects used in prehistoric funerals, while others suggested that they may have been used as weapons or tools for crafts.

The Newcastle team came up with a revolutionary new method of extracting organic residues from ten copper-alloy daggers excavated in 2017 from Pragatto, a Bronze Age settlement site in Italy.

The project team, led by Andrea Dolfini and Isabella Caricola, developed a technique that used Picro-Sirius Red solution to stain organic residues on the daggers.

The residues were then observed under several types of optical, digital, and scanning electron microscopes.

This allowed the team to identify micro-residues of collagen and associated bone, muscle, and bundle tendon fibers, suggesting that the daggers had come into contact with multiple animal tissues and were used to process various types of animal carcasses.

Uses seem to have included the slaughtering of livestock, butchering carcasses, and carving the meat from the bone.

They then carried out wide-ranging experiments with replicas of the daggers that had been created by an expert bronzesmith.

This showed that this type of dagger was well suited to processing animal carcasses.

Residues extracted from the experimental daggers also matched those observed on the archaeological daggers.

Professor Andrea Dolfini, Chair of Archaeology at Newcastle University, said: “The research has revealed that it is possible to extract and characterize organic residues from ancient metals, extending the range of materials that can be analysed in this way.

“This is a significant breakthrough as the new method enables the analysis of a wide variety of copper-alloy tools and weapons from anywhere in the world.

“The possibilities are endless, and so are the answers that the new method can and will provide in the future.”